Are Your Leftovers Still Safe To Eat? Avoid Food Poisoning With These 5 Tests 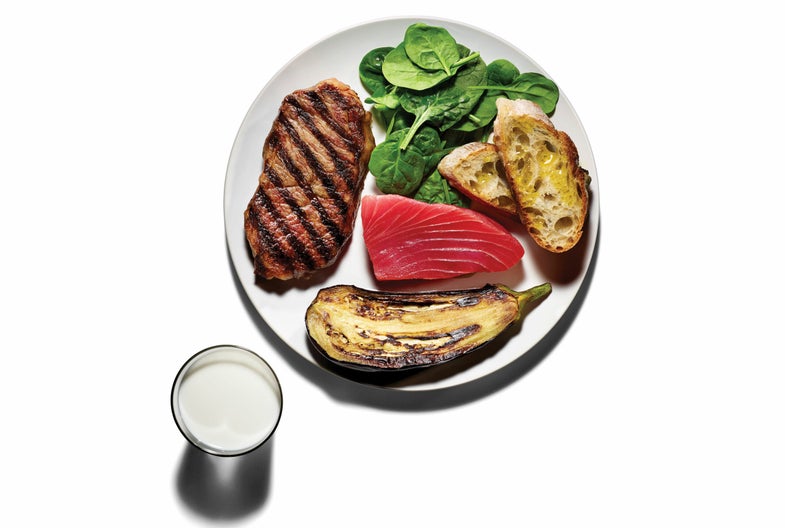 Between the reports of E. coli-tainted spinach and Listeria-laden ice cream, it’s easy to become paranoid about what to eat. And rightly so: One in six Americans will get a food-borne illness this year. But a number of new and soon-to-exist food-monitoring technologies can help keep your fridge contaminant-free, flag when something should be tossed, and tell you exactly what’s on your plate.

Scientists at Peking University in Beijing created gold nanorod tags to put on food packages. They’re designed to deteriorate at the same rate as what’s inside. A color change will indicate if a jug of milk has gone bad without having to take a whiff (or worse, a swig). “In principle, the tag can be used for any product that deteriorates over time and is packaged air-tightly: beverages, medicines, vaccines, and more,” researcher Chao Zhang says.

The FDA limit for mercury in tuna is 1 part per million. But levels vary from fish to fish. While most tuna companies sample a few fish per catch, Safe Catch made a quick test to biopsy every tuna at the dock, accurate to 0.1 ppm. “We’re not ok using anyone’s average,” says Bryan Boches, Safe Catch co-founder.

33: Percentage of fish sold in U.S. stores and restaurants that were mislabeled, according to a 2013 Oceana study

A 2012 study found that 60 percent of olive oil sold to restaurants in California as “extra virgin” didn’t meet USDA quality standards. Researchers at the University of California at Davis developed an enzyme-based electrochemical biosensor that ferrets out aldehydes indicative of less-pure oil.

When food-borne illness breaks out, it can take months to follow the bug back to the source. A food-safe spray called DNATrax, developed at Lawrence Livermore National Lab, uses DNA extracted from plants to create a traceable molecular bar code that’s unique to fresh produce’s farm of origin.      

A Food Label Just for You

Frustrated by one-size-fits-all nutrition facts, designers at New York University decided to intervene. “We want food labels for consumers rather than a compromise between government, food lobbies, and big food companies,” says Sam Slover. Their app, called Sage, uses info like your weight and activity level to create personalized labels for food. If you’ve got a peanut allergy, it can flag risky products. If you splurge on cheesecake, it’ll tell you how many minutes you’ll have to spend on the elliptical to burn it off.

This article was originally published in the August 2015 issue of Popular Science, under the title “Taking the Guesswork Out Of Food.”