Ötzi is a good reminder that there's no one ancient, natural diet for us to return to. 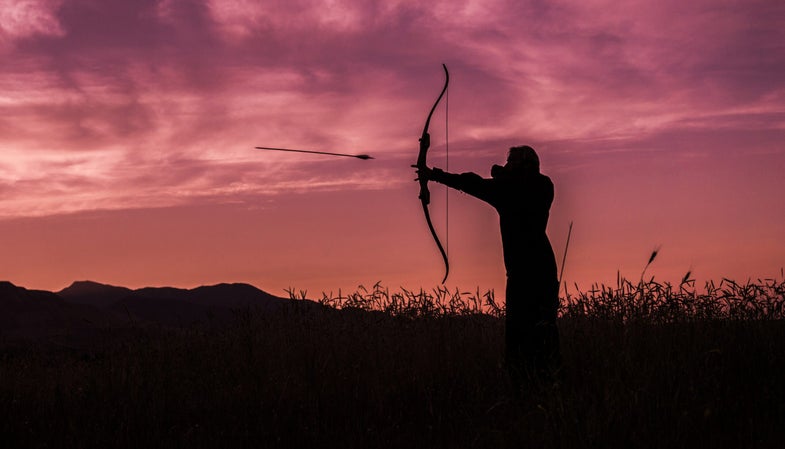 We have a strange nostalgia for our hunter-gatherer days. Despite the fact that many of our ancestors died grim deaths at the hands of animal teeth and simple infections, we seem to cling to the idea that humans were somehow healthier and just, well, better when living off the land. It’s for this reason that many turn to diets based on what either ancestral humans or modern-day hunter-gatherers would eat.

One recent study looked at what Ötzi, the famous iceman uncovered from a melting glacier in 1991, ate and found nearly half of his stomach contents were animal fats, plus some ancient bread. It’s tempting to extrapolate from research like this and conclude that we should eat more meat—that’s what our ancestors seem to have consumed. Putting aside the fact that it’s an unproven assumption that early humans were completely healthy (they, too, had hardened arteries), there’s one more problem with this kind of analysis: there was no one paleo diet. Nor is there a single kind of diet that modern hunter-gatherers all rely on. (Note: though it’s called the “paleolithic diet,” the evolutionary rationale for such eating plans often lumps in folks from all manner of relatively ancient times; Ötzi was from the chalcolithic, or copper age, for example, but falls under the ancient hunter-gatherer umbrella.)

There’s been quite a lot of controversy surrounding ancient diet research, but one thing is definitely clear: hunter-gatherers eat whatever it is most efficient to hunt and gather. If you live on cold tundra where few to no plants grow, you will eat a lot of fish and other meats, depending on what you can catch. If you live in a tropical forest, you will eat more fruits and vegetables that grow abundantly, alongside perhaps some grains or nuts and also, yes, meat. If you live on a grassland, you will eat meat whenever you can catch it, but when animals are scare you will chow down on whatever plant-based foods are available.

Part of the problem is that there isn’t great data on the subject. The archaeological records are subject to a meat-leaning bias, since delicate plants degrade easily, whereas bones are more easily preserved over time. Lots of scientists instead look to contemporary hunter-gatherers as a model for how our ancestors ate. There have been some studies that took deep dives into the diets of particular populations, but much of the data available is difficult to draw definitive conclusions from.

In a massive overview of hunter-gatherer nutrition from 2016, anthropologists Alyssa Crittenden and Stephanie Schnorr note that a lot of the data used in prominent papers on ancient diets comes from fundamentally flawed sources. Some was collected by ethnographers, who weren’t focused on nutrition and made only rough estimates with little standardization across populations. Other data counts only male eating patterns. Much of it also focuses on groups living in cold climates, where plants are scarce and reliance on meat is necessary for survival. They also note that a lot of the data fails to take into account how much seasonal variation exists. The Hadza people of Tanzania, for instance, eat far more meat in the dry season and far more fruit in the wet. And even in populations who consume roughly the same spread of foods yearound, there’s huge variability between geographic areas.

Even one of the foundational papers by the man who coined the term “paleo diet” illustrates this variation. In a summary table of hunter-gatherer nutrition, the proportion of animal food that takes up caloric input varies from 26 to 99 percent. The Gwi people, living in Africa, get three quarters of their calories from plants. The Nunamiut up in Alaska get just one percent from plants.

As for grains, which have largely gone unmentioned so far, by looking at fossilized dental plaque anthropologists have begun to realize that paleolithic people ate plenty of grains, legumes, and tubers. Neanderthals ate barley. They ground up seeds with rock tools. And though many of our ancestors didn’t drink milk, as a population we actually evolved the ability to digest lactose by acquiring a genetic mutation that spread through a significant chunk of humanity precisely because it was helpful.

If there’s any lesson to learn from ancient eating habits, it is as Crittenden and Schnorr note: “There is no one hunter-gatherer diet. As more data accumulate, it is abundantly clear that no trans-geographical and trans-cultural forager diet compendium exists.”

Rather than try to tie ourselves to a single diet that we’re convinced is in line with the healthiest of our hypothetical ancestors, we should probably just do what our actual ancestors did: eat a variety of foods. We evolved to be omnivores, but most importantly we evolved to eat whatever was easiest to eat. Today, of course, the danger is that it’s very easy to eat very unhealthy food. But that doesn’t mean there’s one natural, original diet we should all harken back to. Eat a little bit of everything—plants, animals (if that’s what you’re into), whatever—and eat it in moderation. Stay active, avoid tons of processed food, and you’ll be just fine.