E. coli doesn’t just give you food poisoning—it can also help you get essential nutrients

Not all strains are the same. 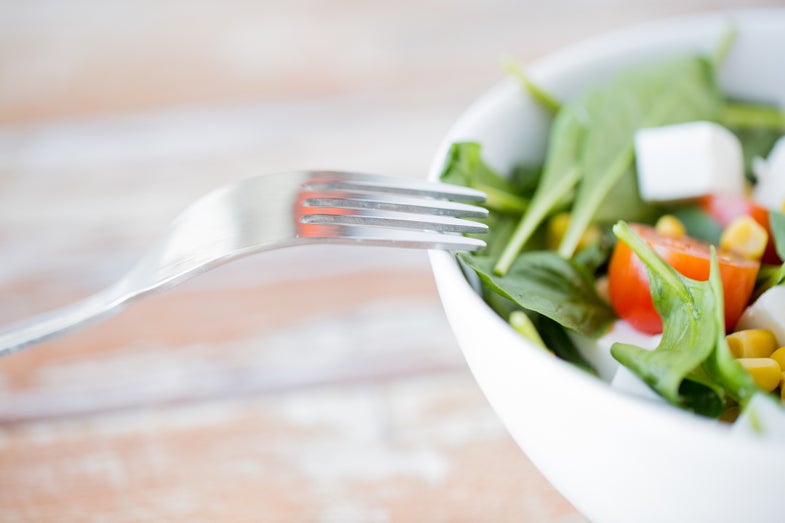 Unlike many gut microbes, most people know E.coli by name. It shows up in the news mostly thanks to food poisoning stories resulting from contaminated water and workers not washing their hands. But many strains are a normal part of our digestive system. In fact, the reason E.coli outbreaks are so common is at least partially because it’s so common in our gut and those of other animals.

Until recently, researchers thought it was just another gut squatter, sponging off our digestion for micronutrients like iron—and in constant tension with the host for control of resources. But a game-changing new study from the University of Colorado at Boulder suggests the little bacterium actually helps us absorb more iron. Researchers hope it may eventually lead to new and more successful treatments for iron-deficiency anemia.

This finding is surprising, because it contradicts existing science about the relationship between bacteria and us, their hosts. Until now, researchers thought that E. coli just took iron from the material in our digestive tract, using a chemical called enterobactin that captures iron and transports it to the cell. But biologists Min Han and Bin Qi found that enterobactin also helps animal digestive cells gather iron. For the roundworms they were experimenting with, this process brought them most of the iron they needed.

Enterobactin is the strongest of the iron-gathering compounds known as siderophores, but it’s only one of them. Until now, Han says, researchers believed siderophores were bad for bacterial hosts and took iron they could otherwise consume. The picture was of an “iron tug of war” between the host body and the bacteria, with each trying to grab iron from food.

“This finding tells us no, it’s the opposite,” Han says. The enterobactin that carries iron to the bacteria cells also carries it to the host cells, by binding with a chemical that produces ATP, the energy molecule we all need to live and function. ATP production happens inside the cell mitochondria (often referred to as the powerhouse of the cell), which need lots of iron to keep pumping out energy.

In other words, life needs iron to exist—specifically soluble iron, which cells can absorb. That helps explain why bacteria produce a whole class of compound, siderophores, specifically geared at scooping it up from the host whose digestive system made it soluble. Over time, though, this new finding shows, we’ve evolved to benefit from the process, making that relationship look more symbiotic. Nobody knows what happened first, of course.

Han and Qi made their discovery during work on the roundworm C. elegans. The worm naturally hosts lots of E. coli, but scientists fed their subjects a genetically altered strain that doesn’t produce enterobactin. Without the enterobactin, previously thought to just steal iron, the worms didn’t grow as well. Then, the researchers looked at the ATP chemical inside both human cells and worm cells, finding that the cells have the same formation, and their ability to collect iron thanks to enterobactin was the same.

That means it’s pretty much certain that the interaction happening in the roundworms also happens in mammals, Han says. The only question is if it plays as big a part in our iron absorption as it does for the worms. Han’s team is currently starting work on mouse experiments (the rodents, while still not human, are at least much closer to us than simple roundworms) to demonstrate this.

Eventually, they hope this discovery will lead to new, more efficient therapies for iron deficiency anemia. Current treatments are hard on the body and have limited effect, but anemia is a huge health issue common in vulnerable populations such as children and menstruating women. “Taking high iron has a lot of side effects and very low efficiency,” Han says. That means many who struggle with anemia can’t treat it effectively.

“It’s a very exciting result,” says molecular biologist Natasha Kirienko of Rice University, who wasn’t involved in the new study. Proof of this interaction within cells raises many questions, she says, which it will take future research to address. “Iron is the most essential micronutrient,” she says. “We can’t make ATP without it.” But our whole microbiome, being alive, also needs iron to live. Not everything in our microbiome is good for us either—pathogens live there too. That means scientists need to do more research on which microbiome critters can get iron the enterobactin way, just like us and E.coli. We need to make sure we’re not accidentally feeding things that can make us sick.

“It’s really exciting to see bacterial sidephores provide iron to the host, instead of just taking it away,” Kirienko wrote in a followup email. Further research on siderophores should explore if others can also bring iron to host cells, or if only enterobactin can do that. If more siderophores can do it, it might change the way we make anemia treatments, she says. If just enterobactin can do it, then the process for designing a treatment would be more straightforward.

Ultimately, while this is an exciting finding, more work is needed to fully understand how this process works and what it might affect. “It will be important to understand how various bacterial siderophores impact mammalian cells—maybe some donate iron, maybe some chelate iron away,” microbiologist Janelle C. Arthur wrote in an email interview.

The other thing, she said, is that not all the cells in our body are the same or do the same things. Maybe the cells lining our digestive tracts can use enterobactin to get iron, but other cells wouldn’t be able to. There’s more to know, but this discovery offers a new way to see the life in our insides.