Its 4 plus-day battery life and lightweight design makes it easy to see as an everyday life tracker. 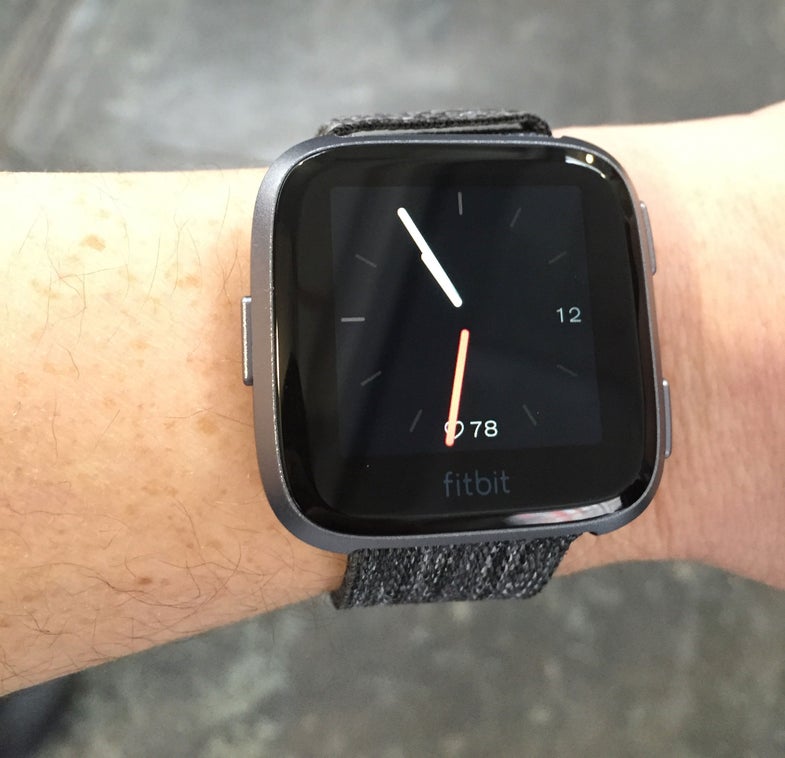 Fitbit built its fitness tracking business on the concept of counting steps. But here’s the thing: Knowing how far you’ve walked in a day is great, but it’s far from a complete picture of your overall health. Fancy smartwatches that “do it all” like its premier smartwatch, the Fitbit Ionic for $300 are often expensive and can be excessive in the number of applications they offer, and bothersome in the time needed to constantly change the watch.

This description also fits the Apple Watch and other GPS-enabled fitness bands. But today, Fitbit released a new product that might finally get at what people really need: A (relatively) low-cost, wear-it-forever smartwatch that does more than count steps. It logs your workouts, your sleep, and your heart rate. It’s 39 mm in width (the Apple Watch comes in two sizes 38 and 42 mm) and is, according to the company, the lightest metal smartwatch on the market today. And it’s just $200.

The company’s goal in creating the new smartwatch was to appeal to the masses: Those people who aren’t obsessive about counting their steps and could probably do without a life tracker attached to their wrist in the first place. In other words, the watch had to do more than just track your miles and tell you to get up, it needs to follow your lifestyle and promote good behavior.

The watch needs to make it so that you want to wear it. And while I have only worn it for the duration of one extended workout, the features make it seem promising. It averages five days of battery life and allows the user to track sleep patterns. It also records how often and what types of exercise you do (you can take it swimming to track your laps or out for a run on the treadmill or outside), and your other daily habits like when you are seated (it has a reminders to tell you to move) and at what times of the day you get up to take breaks. To get that long battery life in, the company left out GPS hardware (though it has connected GPS which works with your phone if you want to take that along), which could be a major disappointment for many runners who may have wanted to use this watch as an everyday and fitness watch. The watch also includes built-in music, as well, which more and more fitness watches are starting to include. 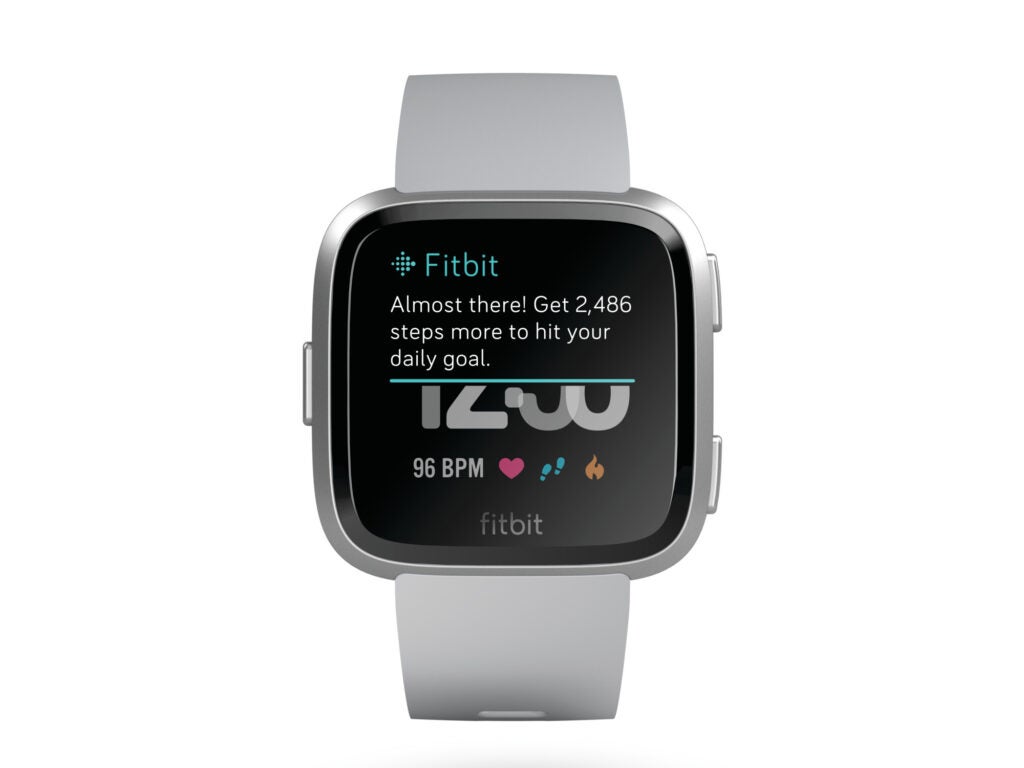 Once it gets to know you, the watch attempts to promote good daily behaviors. In some regards, it seems more apt for younger millennials than it does for older generations, though the company says its attempting to target a larger range of ages and generations. To promote better health habits, a game uses an onscreen Fitbit pet that is healthier when you do things like get enough sleep and exercise. Another brain training-like game compares how well you do on the game (which measures mental acuity) with how many hours of sleep you got. The company’s research (if you could have guessed) shows that people tend to do better with more hours of sleep.

The new Versa will also include for the first time for a Fitbit product, a menstrual period tracker, which women had been wanting for years. While apps like this already exist (you can also track your period on the Apple Watch), Fitbit wants you to compare your period tracker with other ones (like its sleep tracker) into the period tracker to give you an overall picture of your health.

The Fitbit Versa isn’t trying to be the Apple Watch, and for good reason: A fitness device shouldn’t need to directly compete with a smartwatch because it serves a completely different purpose. And it seems as far as fitness and lifestyle are concerned, the Fitbit Versa may have you covered.

This piece has been updated to reflect the fact that the new Fitbit Versa has a 4 plus-day battery life, not five.