Wearables seldom make us healthier. Will Google's "heart points" be any better? 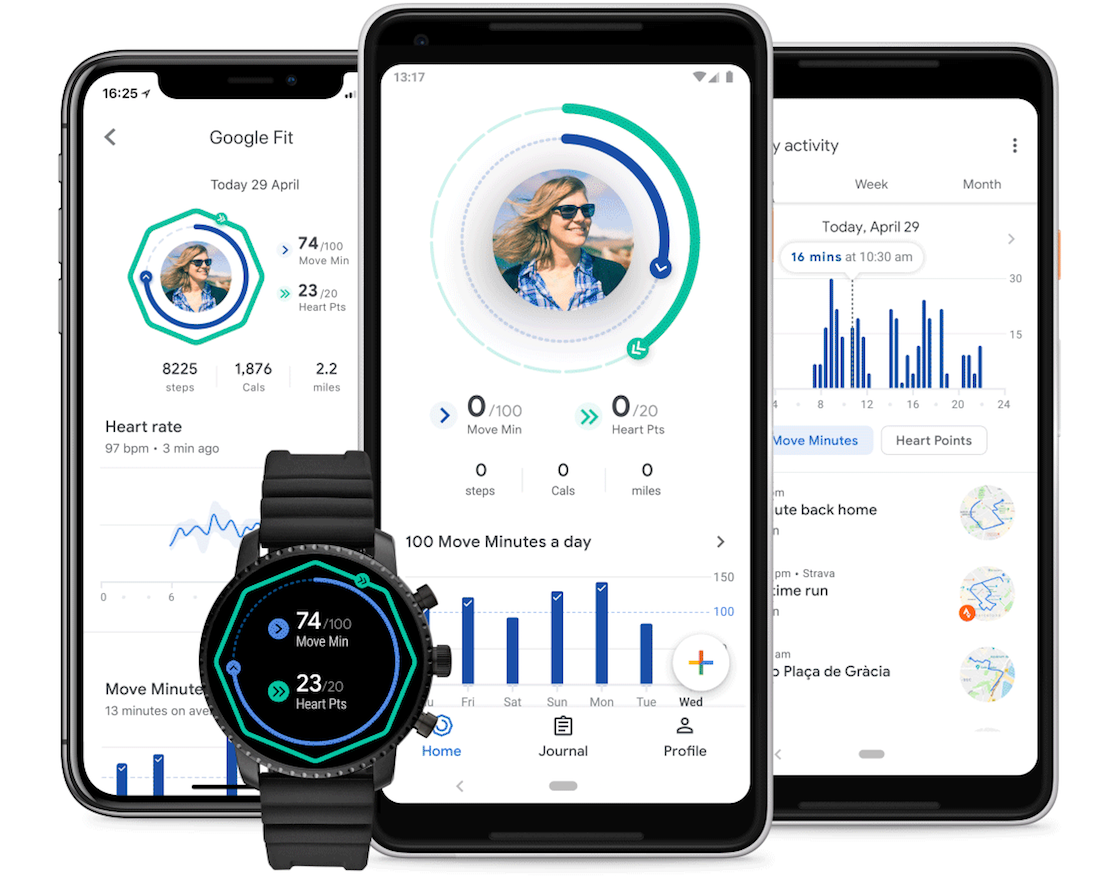 In August, Google announced a major redesign for its health tracking platforms: Google Fit for Androids and Wear OS for iPhones. Instead of simple step counts, users will now find information on “move minutes” and “heart points.” On the surface, it’s an attempt to contextualize raw data for customers who don’t know how much activity they really need in the first place. But whether it will do the hard work of actually motivating users to stay active remains to be seen.

To reconfigure the service, which pulls data from wearables on your wrist into a tracking app on your phone, designers at Google consulted experts at the American Health Association and the World Health Organization. The changes aim to bring in-app goals into better alignment with peer-reviewed research on healthy behaviors—and make that data comprehensible to the average user.

“Mobile technologies play, I think, a really critical role,” says Laurie Whitsel, vice president for policy at the American Heart Association. “It’s a great opportunity to translate this evidence base into something really easy for people to understand.” The new features on Google Fit are based on the forthcoming Physical Activity Guidelines for Americans, which the American Heart Association consulted on and will be reissued by the U.S. Department of Health and Human Services this fall. This partnership lends Google’s heart points and move minutes a legitimacy that other metrics, like Nike’s fuel points, lack. Rather than proffering proprietary math, Google will stand firm on peer-reviewed data.

Previously, the 2008 version of the physical activity guidelines recommended physical activity in bouts at least 10 minutes long. The 2018 version will do away with this stipulation, Whitsel says, and encourage physical activity of any kind, for any length of time. “Doing something is better than nothing,” she says. Move minutes will reflect this evolving knowledge, tracking something as simple as a leisurely lap around the office to break up long hours spent sitting at a desk. “Any movement matters, so that accumulates [in the app] throughout the day,” Whitsel says.

But not all movement is created equal—and that’s where heart points come in. “Doing more physical activity, with intensity, is the very best,” Whitsel says. The redesigned tracking platform will reward more intense exercise, giving users, say, one heart point for keeping a faster clip on those office laps, and two points for heart-pumping activities like running or biking.

Together, the American Heart Association hopes, move minutes and heart points will bring people closer to the most important physical activity guideline of them all: a minimum of 75 minutes of vigorous activity or 150 minutes of moderate to vigorous activity for everyone, every week.

The two new measuring sticks could have many benefits. Gamification has been shown to keep people engaged in other apps; it may not beat the thrill of Candy Crush, but heart points are cute, too. More importantly, the icons will turn raw health data and abstract health concepts into achievable, tangible realities. “People don’t know what moderate to vigorous activity means. That’s where these devices can help translate that,” Whitsel says. “It can help calculate that and make it really intuitive.” What’s more, creating a branded product, even a tiny digital one like heart points, sets Google apart from its competitors, and may keep users bonded to the Fit platforms, instead of jumping to other apps like Apple.

Still, there is one obstacle Google’s redesign likely won’t solve: a lack of motivation.

Almost a decade ago, Silicon Valley promised us a wearable revolution. Based on the premise that knowledge really is power, these devices would give us real-time health information and empower us to, presumably, change our lives for the better.

Fitbit launched its first device in 2009. The clip-on activity tracker wouldn’t just boost our credibility in the gym, its creators told us. It would help us track our caloric intake and lose weight. Apple watches, which went on sale in 2015, wouldn’t just tell the time, or even make James Bond-style off-the-cuff-calls. They’d tell us important information about our hearts. And Google’s suite of health tracking knowledge, while modest in its current incarnation, would one day help us live forever.

Tens of millions of Americans bought in—25 million people used Fitbit’s app on a monthly basis in 2017, according to the company—but few have seen the weight slide off.

“What we’ve generally found is that just giving a wearable by itself is not going to help the average person to be more healthy,” says Dr. Mitesh Patel, director of the Penn Medicine Nudge Unit, a team focused on “behavioral design” within the University of Pennsylvania health system. “For the average person, the wearable will give them a sense of how active they are, but it’s not going to motivate them.”

The scientific literature on wearables varies widely, according to Patel. Some studies show wearables help people lose weight. Others don’t. And some surprising studies suggest wearables may even hinder weight loss: In 2016, researchers at the University of Pennsylvania tracked 470 adults, divided into two groups, for two years. Every participant was on similar diets, received group counseling, text-message prompts, and were told to exercise more. But only one of the groups had a wearable device. Those without the wearable lost 13 pounds on average—and those with it lost just 7.7 pounds, according to the results published in the Journal of the American Medical Association in 2016.

Writing about wearable research in the New York Times, Aaron E. Carroll concluded, “Many new technologies, and dietary supplements and new diets, are sold to the public with little actual research behind them. Wearable technology to encourage fitness is no different.”

So why do we keep trying?

Doctors are loathe to give up on anything that might help their patients get healthy. As for Google, it’s all about profit, says Adam Alter, author of Irresistible: The Rise of Addictive Technology and the Business of Keeping Us Hooked.

While some individual Googlers might be motivated by the public health potential for their work, the larger company wants to make money on our every move—literally. In addition to a customer’s initial investment in the wearable itself, and the price of upgraded models over time, Alter says these companies can and do sell the data our bodies generate. “The more data you have about human physiology, right down to heart rate fluctuations, the more you know about how humans are likely to behave,” Alter told PopSci over email.

At first glance, a person’s pulse might seem harder to monetize than their search history. But that’s increasingly false. In his own research, for example, Alter has shown we’re more likely to run a marathon when our age ends in a nine—29, 39, 49—because the dawn of a new decade prompts people to seek meaning. “With that knowledge you might advise running shoe companies to advertise to people who are approaching a new decade, or people, more broadly, who might be experiencing life transitions,” Atler writes. But if they have a wearable on their wrist, you could directly target only the 29-year-olds clearly training harder than they have before, sending them ads for new sneakers or moisture-wick tops. In the process, you may also discover new patterns that lead to new, data-backed promotional campaigns.

The decision to wear a health tracker is a personal one. For some people, self-surveillance is worth it. Marathon runners or people with chronic illnesses, for example, may feel empowered by the data their device provides, even at the price of privacy. For others, who are likely to stay sedentary no matter how many points they earn, forking over a few hundred dollars—and a lot of personal information—might not make as much sense.