An electrodermal activity sensor gives you a stress score and suggests methods to help you chill out when you need it. 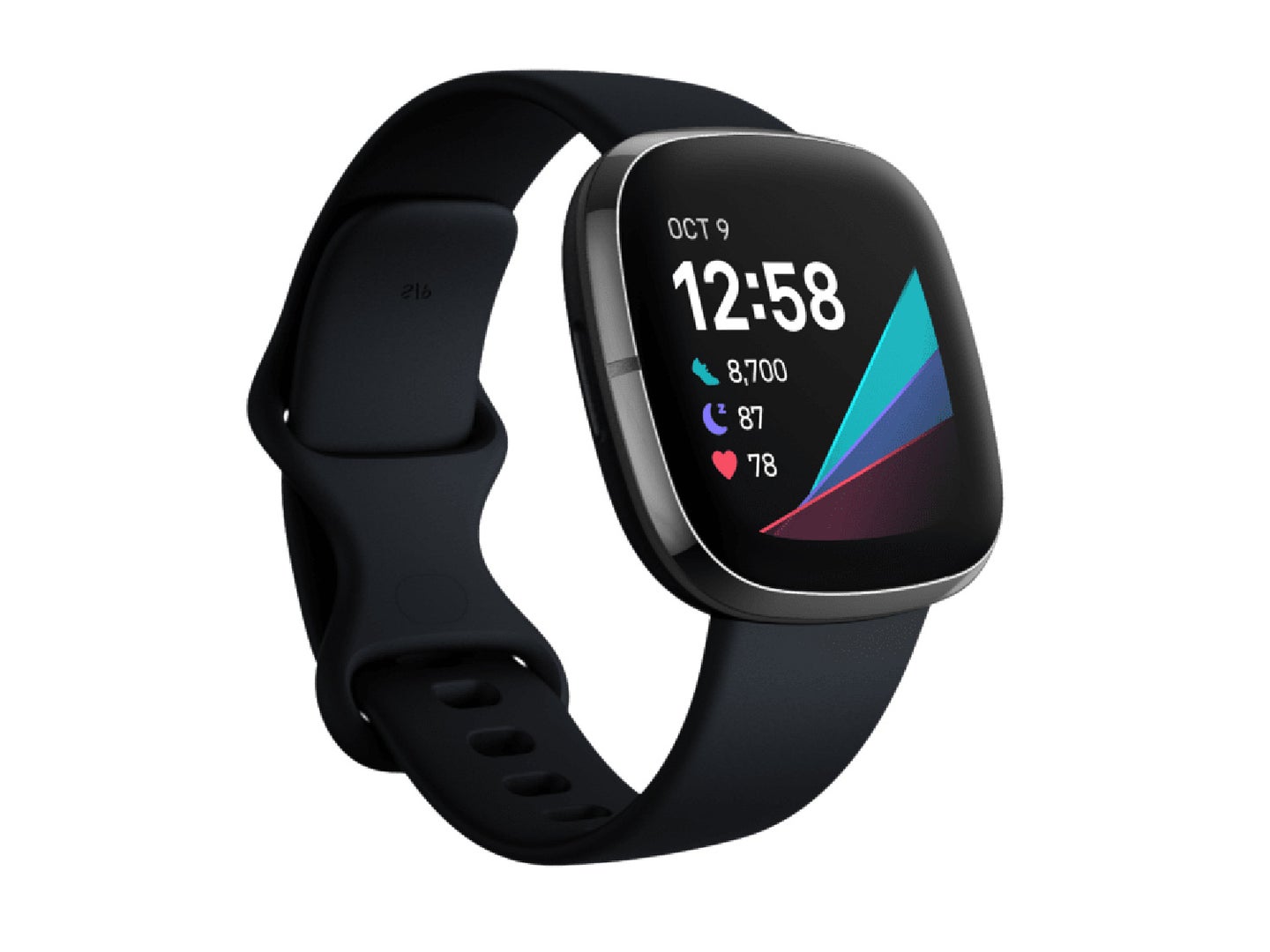 Stress abounds in the world at the moment. If we lived in the Ghostbusters II universe, that angry pink ooze would be pouring out from every possible manhole cover.

But Fitbit thinks it can help. Today, the Google-owned company introduced a gaggle of new smartwatches and fitness trackers, including the new Sense, which claims it can help measure—and mitigate—your stress levels as you go through the day.

The $329 Sense looks as you’d expect from a Fitbit smartwatch with its rounded-square shape and AMOLED display. Put your hand over the screen, however, and a built-in electrodermal activity (EDA) sensor will measure electrical activity in your skin along with other vital signs (like heart-rate) to try and discern just how stressed out you’re feeling in the moment. The Sense breaks down the data and assigns you a score—higher numbers mean you’re doing a better job dealing with your stressors. A lower score means you’re possibly heading for a meltdown.

If you score low enough, the watch will present you with some guided suggestions about ways in which you might be able to manage the stress.

As you might expect, the Sense also comes equipped with an ECG sensor that can help monitor your heart rhythm if you feel like something funny is going on. That’s in addition to the typical heart rate sensor, which will automatically alert you if your beat is unusually fast or slow when compared to your activity level.

Rounding out the sensor suite, the Sense includes a temperature sensor that monitors your body’s temp regularly throughout the day and looks for notable changes, which might suggest you’re getting sick. When you get a fever, your heart rate tends to increase, even before you notice other symptoms, so it can act as an early warning system.

Like the other Fitbit devices, it’s not meant to charge every single day. The Sense promises up to six days of juice before it needs to spend some time on the charger. It also has typical smartwatch features like call answering, built-in storage for holding your music, Bluetooth, and the ability to answer calls and texts as long as it’s connected to an Android phone.

To make the most of all those features, Fitbit asks that you sign up for its Premium service at $10 per month or $80 for the year. That will get you more granular information about your fitness data—including more detailed breakdowns of how it arrived at your stress score.

When you consider the price along with the subscription, that’s a big ask when compared to other smartwatches on the market like the Apple Watch and Samsung’s new Galaxy Watch 3. The long battery life is obviously a huge plus for the Fitbit and its fitness-specific features excel, but it lacks the more robust smartwatch features and infrastructure of its competition when it comes to everyday use.

For $229, you can step down to the Versa 3, which provides the same features as the Sense, but lacks the ECG and EDA sensors for the stress and detailed heartbeat tracking.

Or, you can go all the way down to $99 and opt for the Inspire 2 fitness tracker, which sheds any smartwatch ambitions and concentrates on the simple tracking aspects of the device. It has a 10-day bakery life, which doubles the previous version’s capabilities, and it comes with a full year of FitBit premium, which is most of the device’s cost in itself.

All three devices will go on-sale in the coming weeks.