Fitness trackers allow us to peer inside our bodies, but we may not like what we see. 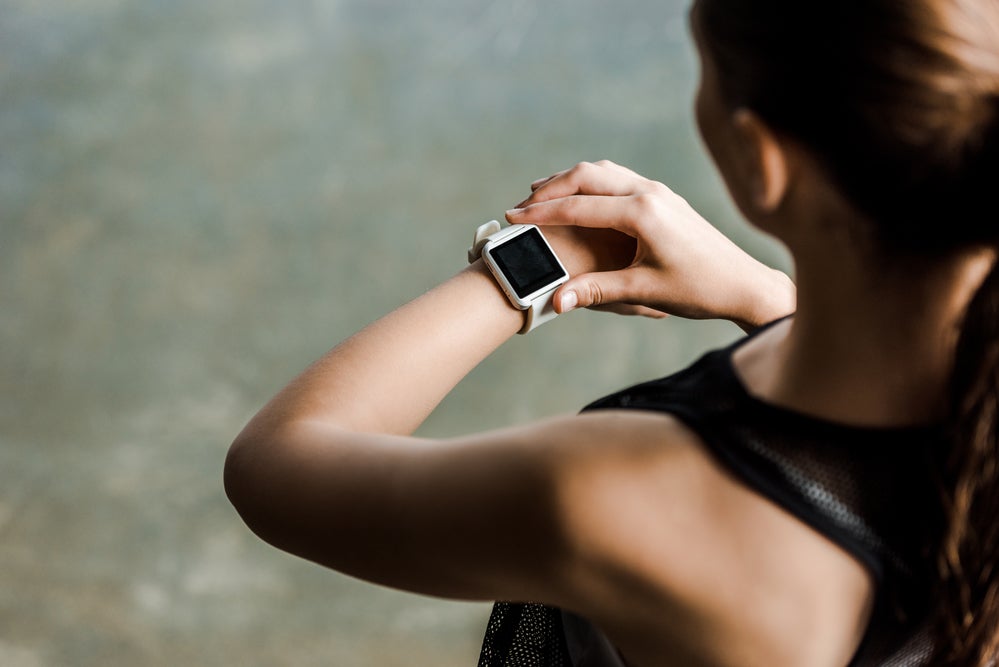 At a recent promotional event for Omron’s new Heart Guide, a watch with a built-in blood pressure monitor, journalists and company representatives sat around a long dining table, testing the device in real time. Between heart-healthy courses of salmon and spirulina (an edible form of algae), I caught a glimpse inside several strangers as their health data flashed across the LCD display tied to their wrists.

Omron’s FDA-approved device is liable to make a positive change in the life of thousands of Americans. Individuals with high blood pressure have always been tasked with taking at-home readings to discuss with their physicians; replacing the blood pressure cuff with a simple wristwatch only makes things easier. But in the days leading up to the event, I found myself in the grip of a rising tech-induced panic.

As everyone around me calmly strapped on their Heart Guides, my hands were trembling. One or two other people at the table seemed similarly apprehensive, but the predominant mood was one of curiosity. As I placed my left hand across my chest for the reading, my right hand reflexively flew up to shield my data from my dining companions. Reading my results back to myself, as privately as possible, I felt myself rationalizing the data, while I tried to control my ragged breathing.

Such a stomach-churning response to a tricked-out timepiece is probably uncommon. But looking at the sanguine faces all around me, I wanted to understand what was happening in my brain—and if it happened to others.

Just 10 years after FitBit released its first health wearable, roughly one in four American adults use some kind of fitness tracking device. The miniature machines promise to help you meet your fitness goals; watch over you while you sleep, logging every sigh, snore, and REM cycle; detect falls; and even monitor the electrical activity of your heart through tiny ECG machines. They rarely work as promised—most devices don’t help you lose weight, and graphing your sleep pattern doesn’t mean you’ll actually change it—but such data-collection tools can be medically necessary, helpful to hobbyists (like marathon runners who want to optimize their training), or at the very least entertaining.

But Sabra Abbott, a professor of neurology at Northwestern University, says our interactions with these gadgets aren’t uniformly positive. In 2017, she and her colleagues published a collection of three case studies exhibiting characteristics of what the authors named “orthosomnia”—the desire for perfect sleep. Despite a growing body of literature on these devices, the study remains the only peer-reviewed publication linking wearables to anxiety I’ve found.

“We started noticing this trend of more and more people showing up not because they had an actual sleep complaint, but because they had a perceived complaint based on the data they got on these activity trackers,” Abbott says. One man, for example, came to the clinic because his device revealed that he rarely attained exactly eight hours of sleep. “Throughout the session he presented his sleep schedule and symptoms as ‘according to my data,'” the authors wrote in the Journal of Clinical Sleep Medicine. Despite good results from a laboratory sleep study, and reassurances from experts that individual snoozing needs vary widely, the patient’s anxiety over imperfect slumber persisted.

Individual stories like these offer only the slightest hint at the potential downsides of wearables. To know just how many people suffer negative side effects, we’d need to analyze hundreds or thousands of users. Such research is possible, but most of the large-scale studies on wearables remain focused on the technology’s potential; downsides are nested deep inside the published papers, if they’re mentioned at all.

While Abbott’s paper established precedence for future scientific inquiry, it could only ask the question, not answer it. For more insight, I turned to the world of clinical psychology, whose practitioners informally collect case studies (also known as anecdotal evidence) day in and day out.

Sheva Rajaee is a licensed therapist and founder of The Center for Anxiety and OCD in Irvine, California. She hasn’t yet encountered patients fixated on wearable data, she says, but “I wouldn’t be surprised at all if I do see them soon, as they become more ubiquitous.” Instead, Rajaee’s main concern is sites like WebMD, which many of her patients read obsessively in search of a self-diagnosis. Though “Dr. Google” and the Apple Watch are different tools, the underlying anxieties may be quite similar.

“When humans feel threatened, one of our first instincts is basically to check,” Rajaee says. Whether it’s an encyclopedia, WebMD, a fitness tracker, or your actual doctor, “checking becomes one of the behaviors we engage in to feel in control of the situation.” The people most likely to suffer from compulsive checking are those with psychiatric conditions like health anxiety disorder (better known as hypochondria) or obsessive compulsive disorder. But Rajaee says neurotypical people—those who haven’t been diagnosed with intellectual, developmental, or psychological differences—aren’t immune to the side effects of 24/7 health data.

“Hyper-focusing on these automatic processes gives the illusion of control over something we don’t have to control,” Rajaee says. “We don’t need to power our own heart. We don’t need to engage our central nervous system.” Instead of letting our organs do their job, wearables send the message we should not only be conscious of our pulse or blood pressure, but actively trying to interfere.

For people with certain health conditions, this may be true. But for everyone else, trying to hack automatic bodily functions can be damaging. “Focusing on your breathing will probably create irregularities in your breathing,” Rajaee says. “The fixation in and of itself does have consequence.” I noticed this in myself at the Omron event: my fear of a bad blood pressure reading created one. At the dinner table, my watch flashed 136/85—a stage one hypertensive score. But alone at home with mindful breathing, I got 100/75, a better-than-perfect stat. In this way, “white-coat syndrome,” which results in spikes of high blood pressure when you’re under observation in the clinic, could become a round-the-clock reality as biometric readings constantly emanate from your arm.

One of the main goals of Rajaee’s practice is to help people come to terms with the uncertainty in life. “Am I healthy enough? When will I die? What quality of life is enough for me? These questions are really existential,” she says. Wearable technology promises answers—my blood pressure is perfect, my pulse needs work, my sleep is improving—but data are no match for such a philosophical quandary. Relying on such devices may “make us more and more intolerant of the experience of being human.”

So what’s an Apple Watch connoisseur or the recipient of a birthday FitBit to do? Learn everything you can about your device, and then monitor your own usage. “We are not taught to consume it in a way that’s mindful,” Rajaee says. “We’re guinea pigging our way through it.” But until wearables are regulated, or unless your tracker tech is prescribed by a physician, the burden is on the consumer to stay informed and introspective. Or—like me—you can just opt out of the whole thing altogether.