We know how sleep cycles work, but we don’t know what a normal one is or how to alter it. 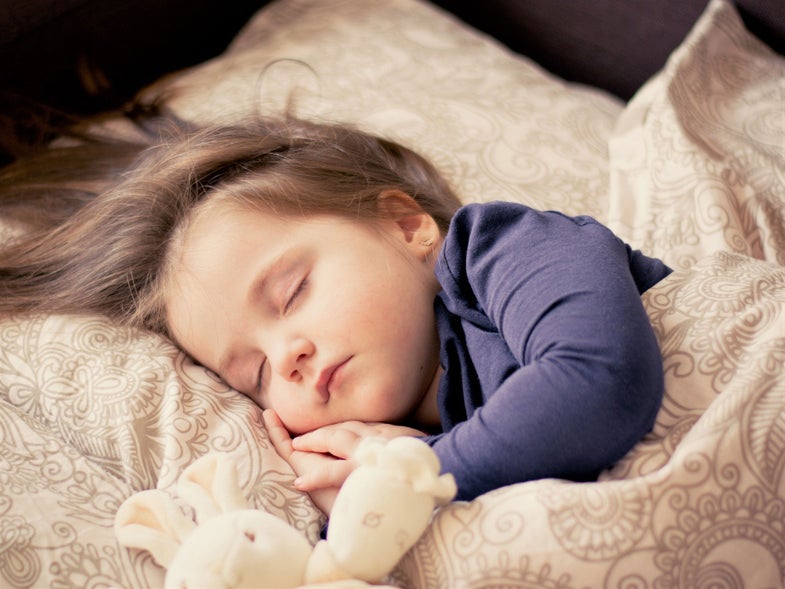 Everyone wants to get a better night’s rest. For typical adult humans, numerous studies show that eight hours is the amount of slumber needed for the human body to function optimally. Why? Sleep plays a key role in nearly every system in the body: helping things like our immune systems, brains, and guts recover and thrive.

So it’s a no wonder that we would want to be able to track the amount of sleep we get in order to be our freshest selves the next day. But aside from keeping count of the number of hours we get each night, sleep researchers say sleep monitors are cool to look at, but don’t provide any valuable data to enable you to get a better night’s rest.

Sleep monitors are either sold on their own (like Beddit, which sits on the outside of your mattress) or as part of a fitness wearable, like the ones found in the Fitbit Versa or the Polar A370. Using your heart rate as a guide, they measure things like the percent of your night you slept in deep, light, or REM sleep. But gathering that data isn’t enough to help researchers interpret it.“At this point, none of that data tells you anything about how good someone slept,” says Jamie Zeitzer, a neurobiologist and sleep medicine researcher at Stanford University.

The end result of your dreamtime monitoring is a data-centric sciencey chart of your night’s slumber. It looks impressive, but according to experts, it can’t tell you much. “If you get 60 minutes of REM sleep or 90 minutes or even 120 minutes, that gives you no information about how well you slept,” says Zeitzer. Years of research analyzing those stages of sleep have given averages of how often people in different age groups tend to spend in each cycle each night.

The problem, though, is that sleep is a very personalized activity. There really are no standards or norms that researchers can use to say that the sleep you got was ideal for your health. If you are above or below that average, sleep scientists haven’t yet figured out whether or how that affects your sleep quality or health. “If you are getting more light sleep than someone of your age and sex, does that mean anything? We have no idea,” Zeitzer says.

In fact, if someone who’s been having trouble sleeping goes to a sleep clinic and gets a polysomnography done—a test that records your sleep cycles (REM/deep/and light sleep) among other things—and you were clear of any diseases like sleep apnea or narcolepsy, they wouldn’t even look at your data because its meaningless, says Zeitzer. He says he’s had plenty of people frequently visit his sleep clinic for troubled sleep, get a polysomnography done only to come back completely within average ranges and the person to tell him they’ve just had a terrible night sleep. “So, there’s a disconnect between what we are recording even in a laboratory and how people feel,” says Zeitzer.

Sleep cycles aside, the two mostly established factors that doctors and researchers do look at for sleep quality is how long you slept for and how often you woke up, which most fitness and sleep trackers do provide; the closer you are to those eight hours, the better you are and the less often you woke up, to a certain extent, the better, too.

But if you aren’t doing well in either of those criteria, what you are supposed to do about it isn’t all that clear either. Zeitzer says the crux of the issue is that you could have all the data in the world about your sleep patterns, but if you have nothing to connect it to, then its 100 percent useless.

Instead of analyzing your sleep patterns, a far better way to use your sleep data is to make connections between it and other aspects of your life, like how cold or hot the room was that you slept in, at what time of the day did you get into bed, when and how much you ate or drank prior to bedtime, as well as how soon to bedtime you exercised.

“Integrating sleep data with other types of information would make the data far more useful.” And from a research perspective, having fitness trackers do this would help researchers answer the question of ‘can we determine patterns in behavior that are associated with changes in sleep.’ Incorporating the data with your GPS system on your phone to connect exercise or late bar nights with your sleep would be far more useful than providing the amount of deep or light sleep you got, Zeitzer says.

For example, while every individual is different, studies show that consistent exercise improves perceived quality of sleep, and some studies show that at least for many people, exercising earlier in the day, further away from your bedtime correlates with better sleep.

But without integrating that data with other variables, looking at your sleep patterns is almost pointless. In fact, it could be detrimental: Zeitzer says that in his practice some people obsess so much over how much deep or light sleep they get that it has the opposite effect; making them more stressed out and restless around bedtime. So until sleep trackers have a good way of integrating various aspects of our daily lives into our sleeping lives, don’t obsess too much over how you sleep, just try to get as much of it as you can.