The US Space Force mission is largely classified. 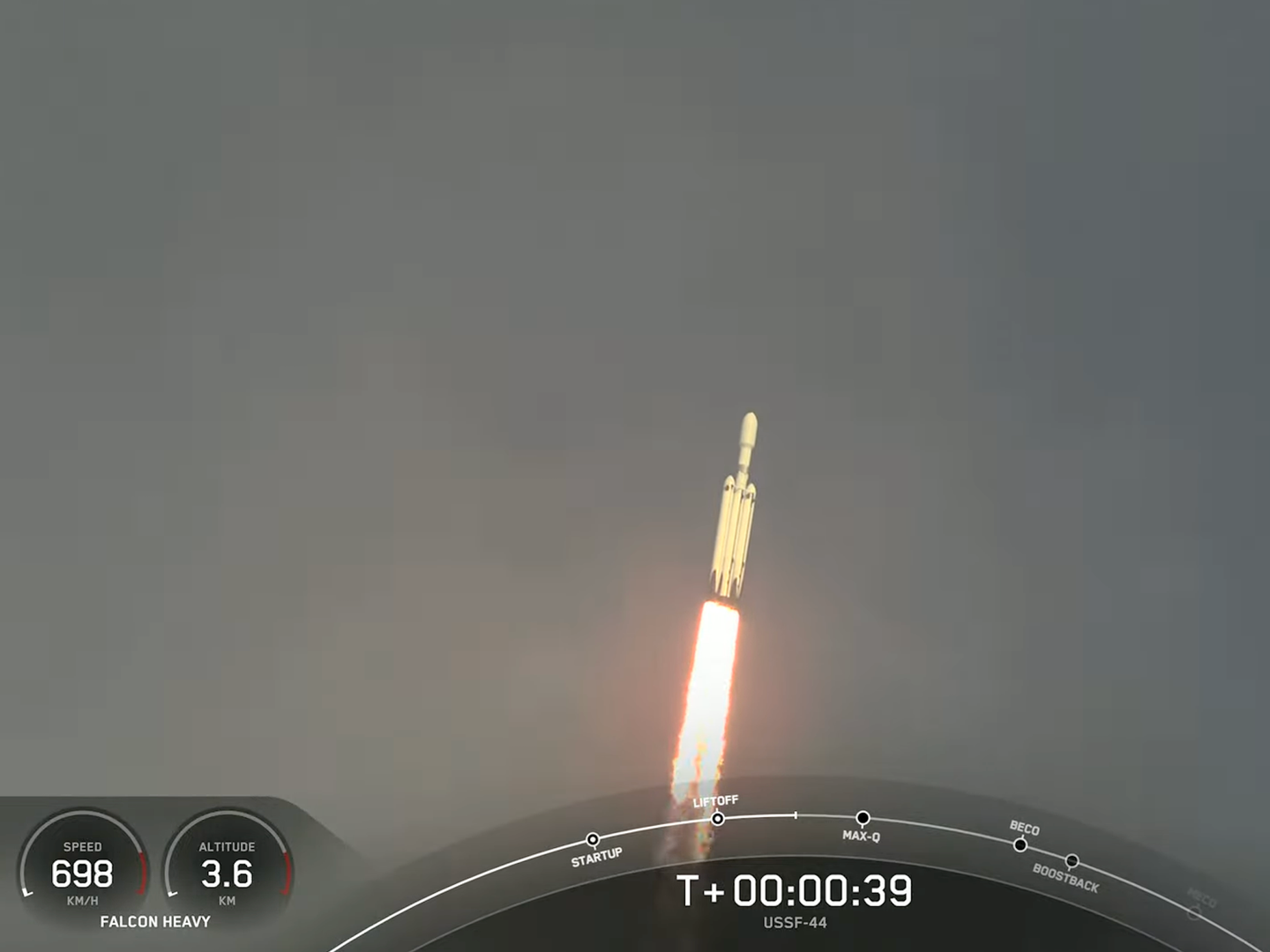 SpaceX just broke Falcon Heavy‘s 40-month hiatus earlier this morning, once again launching the world’s most powerful rocket into orbit at 9:42 a.m. ET. The three-pronged assembly took off with five million pounds of thrust before soon shedding its booster rockets as it entered the upper atmosphere. Two of the boosters made their successful synchronized landing on the nearby Florida coast, while the third was purposefully left to plummet into the ocean due to fuel constraints, per the US Space Force rundown.

Although SpaceX has previously attempted to safely land all three of Falcon Heavy’s modified Falcon 9 boosters for future reuse, it has never been able to pull off the impressive feat. That said, mission planners have come incredibly close to doing so in the past. Watch a recording of the launch below.

Last seen in action back in April 2019, SpaceX had two other previous Falcon Heavy missions delayed due to issues regarding payload readiness. While Falcon Heavy is currently the most powerful rocket available, two other designs from both SpaceX and NASA are dramatically surpass its abilities. SpaceX’s own Starship is in its final stages of development, and when launched is projected to give off 17 million pounds of thrust via its Super Heavy Booster alone. Meanwhile, NASA’s Space Launch System (SLS) generates 8.8 million pounds of thrust, and is scheduled to finally launch next month as part of the unmanned Artemis 1 mission around the moon.