Follow Freya, the great white shark, as she beach hops along the Atlantic

Her fate is linked to the health of marine fish populations. 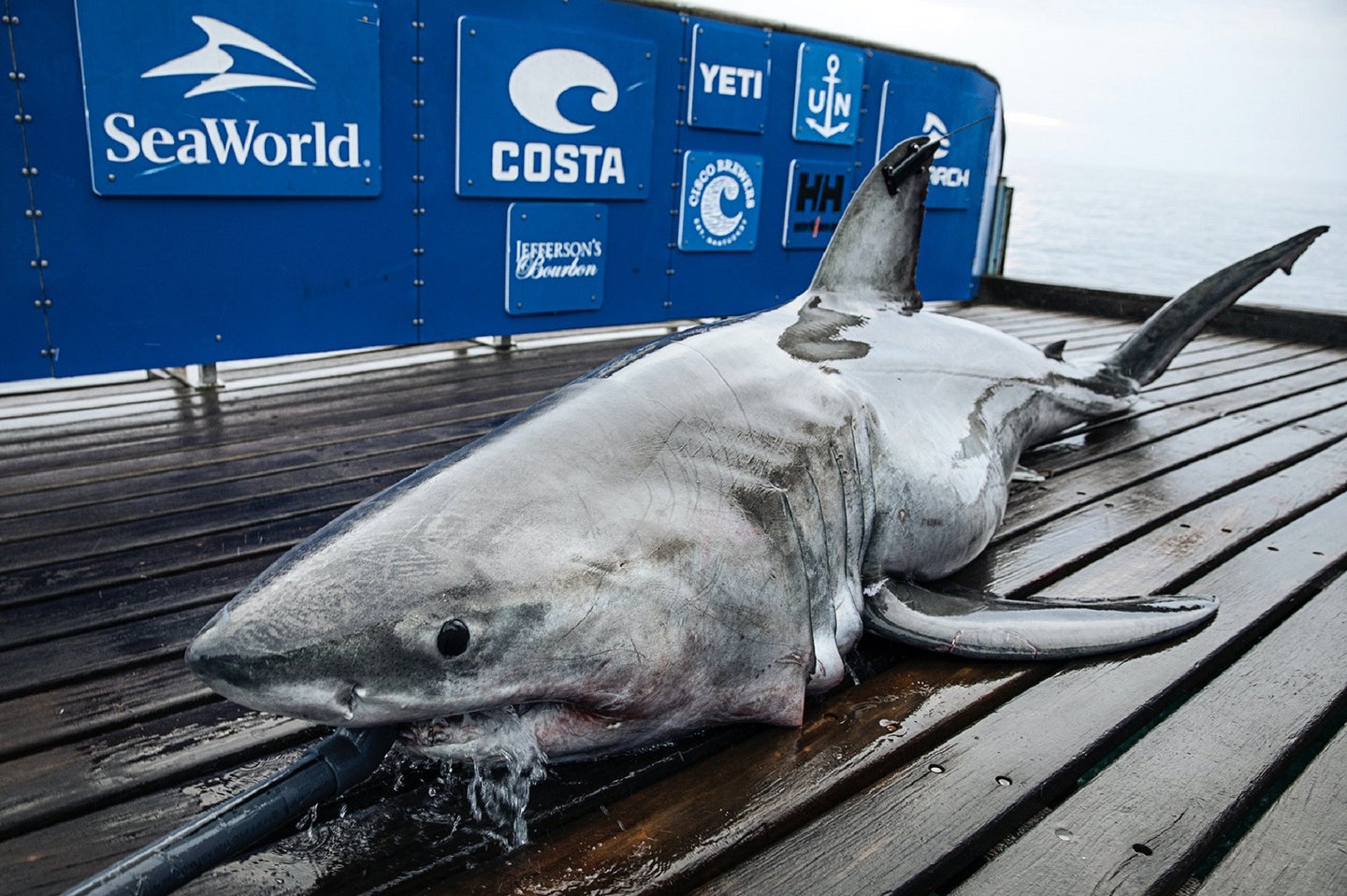 Freya is a subadult, which means she's transitioning from the juvenile to the adult stage. Chris Ross/Ocearch
SHARE

This year is shaping up to be the season of the great white shark. After a brief stop in Delaware Bay, one tagged shark swam along the Jersey Shore, paused near Atlantic City, and then headed north. She didn’t stop for the gambling.

The shark has a name, Freya, and is being tracked by OCEARCH, a research agency, which focuses on providing scientists with difficult-to-attain data. According to their records, Freya is an 11.2-foot female and weighs an estimated 883 pounds. She was tagged in Onslow Bay, North Carolina, on March 25, 2021, and has consistently moved north along the coast.

Last week, a ping showed Freya moving into Delaware Bay, an area not recognized as a white shark hotspot. From there, she moved along the Jersey Shore, spent some time near Atlantic City, and then headed out to sea. Freya reappeared off the Hamptons, a summertime celebrity hot spot, and her latest ping was on June 21. Freya was on the Rhode Island/Massachusetts border and was headed for Cape Cod.

Many of those coastal areas are not known for their seal populations, so what is holding this shark’s attention? Schools of menhaden. Menhaden, a forage fish, are currently managed by Amendment 3 (2017) to the Interstate Fishery Management Plan (FMP), and according to the Atlantic States Marine Fisheries Commission, exist in healthy numbers. “The single-species assessment indicates the stock is not overfished nor experiencing overfishing.” Ample quantities of menhaden are good for the environment and are considered striped bass candy. But the forage fish are targeted by other predators. “Marine animals from sportfish to seabirds to whales, and even white sharks like Freya, all benefit from the conservation of these forage fish,” tweeted OCEARCH.

Finding a conservation balance is key, but what’s in the shark’s name? Freya comes from Norse mythology, and is associated with lust, beauty, gold, and death. It’s a fitting name for a great white shark off the Jersey Shore en route to Cape Cod, don’t you think?