How To Get Rid Of Animal Testing

From chimp to chip 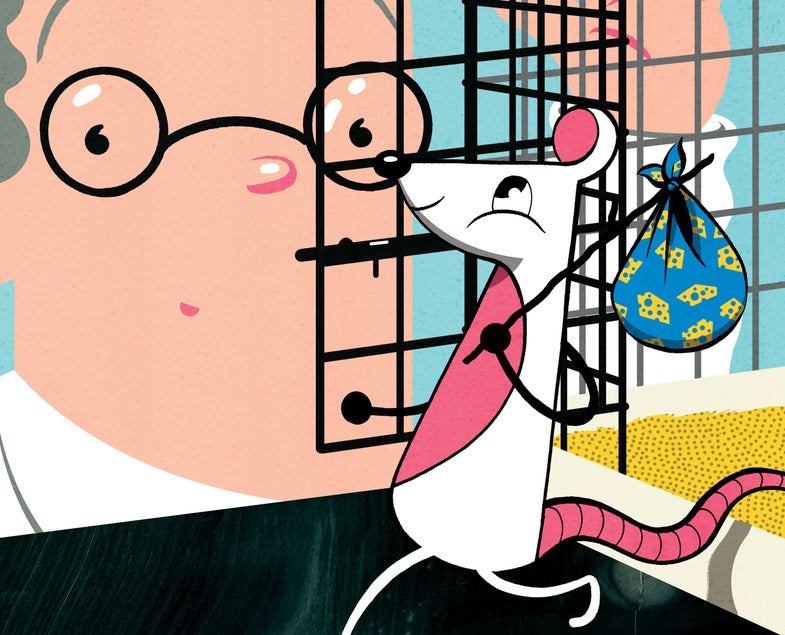 Last summer, the National Institutes of Health announced that it’s phasing out experiments on chimpanzees. All but 50 of its 451 chimps will go to sanctuaries, and it won’t breed the remainder. The change is based on its 2011 study that determined that advancements have rendered human trials, computer-based research, and genetically modified mice more scientifically useful than chimps. The U.S. is late to this. Australia, Japan, and the E.U. have already banned or limited experiments on great apes in medical research. But the science community should take it further. We should work to end all animal testing for good.

Organs on a chip are one alternative. The thumb- size devices combine a thin layer of human cells with microchips that pump bloodlike fluid through them. At Harvard’s Wyss Institute, researchers have built a human gut-on-a-chip that replicates intestinal muscular contractions and a lung-on-a-chip with air-sac and capillary cells that exchange oxygen for carbon dioxide. The pseudo-lung can get infected and mimic complicated diseases such as chemotherapy-induced pulmonary edema. The institute is also working on chips for bone marrow, heart, and even brain tissue.

Computer models can help replace animals too. In the relatively new field of systems biology, scientists are making digital maps that simulate entire systems of the human body, down to the molecule. The Center for Systems Biology at the University of Iceland recently finished modeling all the chemical interactions of human metabolism and is starting on the blood. Last year, researchers at the University of California at San Francisco used a computer to predict negative side effects in on-market drugs with about 50 percent accuracy. That accuracy will only get better.

Human studies are also getting stronger. Lab animals are usually genetically identical clones, but people have lots of DNA differences that can affect how a drug works. For example, in 2010 it was discovered that the popular heart-attack-prevention drug Plavix is less effective for nearly one in three patients because of variances in their metabolisms. Now, gene tests can help doctors choose whether or not to prescribe it, and similar tests could do the same for other drugs. By relying on cloned animals and cells, we’ve probably been screening out helpful medicines before they even get to human trials.

Some animal testing will remain scientifically necessary for a long time. Studying visual perception, for example, requires a working eyeball connected to a brain (until a computer perfectly mimics it). But the more research options we create, the better science we’ll have.