Legal hunting and emboldened poachers have put the state’s population in jeopardy. 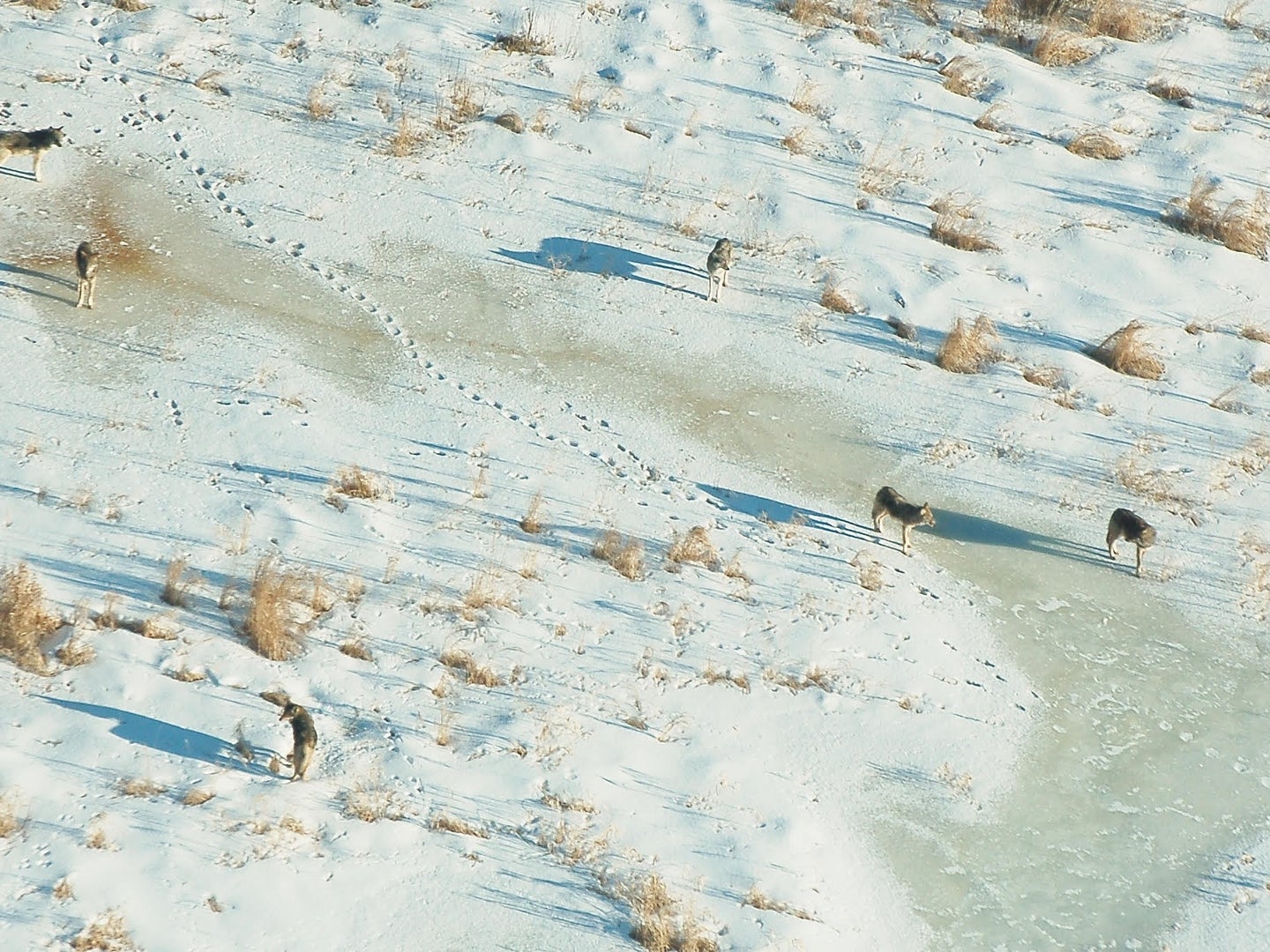 Scientists estimated that more than 300 wolves may have been killed as a result of both legal hunting and other reasons such as illegal poaching this winter.
SHARE

Scientists estimated that more than 300 wolves may have been killed as a result of both legal hunting and other reasons such as illegal poaching this winter. The state’s wolves may be in a precarious position, the researchers reported on July 5 in the journal PeerJ.

The aim of the Wisconsin Department of Natural Resources was to have a hunting season that “resulted in no annual increase or decrease in the state’s wolf population.” Wolf hunts are annual events where hunters congregate to hunt the animals for sport, though this practice has become controversial in many countries. However, that no change in the wolf’s population goal was not met, says Adrian Treves, an ecologist at the University of Wisconsin-Madison and coauthor of the new findings.

“The population decline was enormous relative to other wolf-hunting seasons around the world,” he says. “We’re alerting our state government that the population is more vulnerable than they seem to understand.”

When the state of Wisconsin held its first wolf hunt since 2014 in February, it set a quota of 119 wolves for hunters. However, hunters surged past the state’s quota within three days, ultimately overshooting it by 83 percent and killing 218 wolves.

Within the state of Wisconsin, Treves says, federal protections have been added, weakened, and removed repeatedly since the 1990s. This “rollercoaster” of regulations has allowed scientists to trace wolf survival through multiple periods of delisting.

To understand the impact of removing Endangered Species Act protection from gray wolves, Treves and his colleagues drew upon the state population estimates from April 2017 to 2020 and statistics on how many wolves were officially killed by hunters this winter.

[Related: Gray wolves are leaving the endangered species list. But should they?]

Previously, the team has found evidence that wolf poaching increases after protections are relaxed. They saw that the number of radio-collared Mexican gray wolves that vanish without a known explanation in Arizona and New Mexico increased shortly after regulations changed, before the battery life on their transmitters should have been depleted and far from state borders where the wolves could be migrating out of range.

Treves and his colleagues suspect that poachers “feel emboldened and perceive less value in each individual wolf,” he says. It’s possible that poachers are destroying radio collars to avoid prosecution but are more willing to kill wolves during these periods of relaxed protections.

For the new research, the scientists used models to evaluate wolf populations. They estimated that about one-third of the decline in the state’s gray wolf population since November was caused by poaching rather than legal hunting. Between the legal killings and additional deaths, the team estimated, about 695 to 751 gray wolves remained alive in Wisconsin by April 15, suggesting that the population declined at least 27 to 33 percent since the previous year.

However, these are optimistic estimates; the actual population may be much lower.

“We were using conservative estimates from each model,” Treves said. One of the assumptions that he and his colleagues made was that the proportion of wolves that would disappear after delisting would be similar to earlier periods. However, wolves have become a more controversial and politically-charged subject in recent years, Treves says, and this may lead to a rise in poaching.

His team also assumed that poaching took place in similar ways to previous years. However, the legal hunt permitted new methods such as pursuing wolves at night, by snowmobile, or with groups of hounds.

“Hunters using these unprecedented methods can wipe out a population in short order if not carefully supervised and regulated,” he says. “Put all together, it was sort of a perfect storm of wolf killing.”

If poachers are also using these methods, Treves says, “We could be in a darker place for the wolf population in the state.”

Another concern is that the hunt took place during the wolves’ mating season, so it’s unclear how many packs managed to reproduce this year. Treves and his colleagues are now evaluating how many pups might have been born to wolf packs that survived the hunt and what the state of the population might be come November, when Wisconsin currently plans to hold another hunt.

He and his team recommend that the state hold off on more wolf hunts until data can be collected on how severely the recent hunt disrupted the mating season and until the population has had a year or two to recover.

“This study did a nice job of collating and analyzing public data on the size of the Wisconsin wolf population, reported offtake by human hunters, and the rate at which radio-collared wolves disappeared,” Scott Creel, an ecologist at Montana State University in Bozeman who studies the conservation biology of large carnivores and was not involved in the new research, said in an email. “Not surprisingly they found that the combination of illegal killing and the huge legal killing spree that began on the first day of the season is very unlikely to achieve the stated management goal.”

The findings demonstrate that removing restrictions on legal killing of wolves doesn’t decrease the rate of illegal killing, he added.