How many ants are there on Earth? Thousands of billions.

All the ants on Earth weigh more than wild birds and mammals combined. 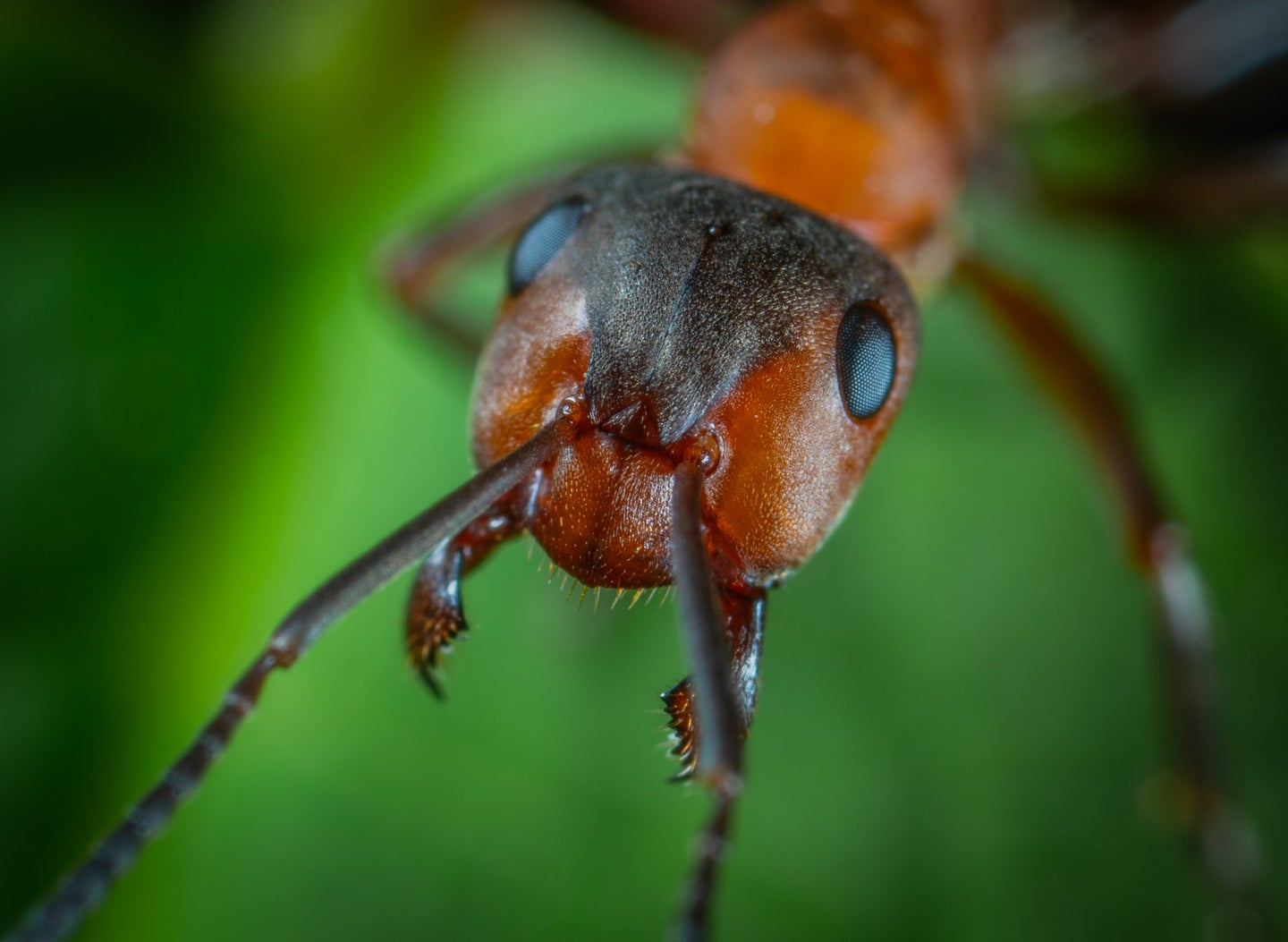 One of the estimated 20 quadrillion ants on Earth. Egor Kamelev/Pexels
SHARE

Anyone who has ever had an ant infestation know how insidiously and rapidly they can take over a kitchen or home. The humble ant is one of the most successful and dominant animals on the planet. They are hyper-organized and have developed tight interaction with everything from plants to fungi to other insects and larger vertebrates. American biologist Edward O. Wilson called them “the little things that run the world.” “Ants make up two-thirds of the biomass of all the insects,” Wilson wrote in 1990 book The Ants, co-written with Bert Hölldobler. “There are millions of species of organisms and we know almost nothing about them.”

In plain terms, they are everywhere. Due to their ubiquity, scientists have long wondered just how many of these six-legged bugs are on this planet and what their total weight would be.

A study out today in the journal Proceedings of the National Academy of Sciences of the USA has a potential answer. The new research from The University of Hong Kong estimates that the Earth is home to 20 quadrillion (or 20 × 1015 or 20,000,000,000,000,000) ants. The previous estimates, including one from famous Hölldobler and Wilson, ranged from 1015 to 1016 individuals and were essentially educated guesses, since a a global, representative dataset was not available while they conducted their research. In this new study, the total number of ants on Earth is estimated to be 2 to 20 times that number.

This international team of researchers gathered data on ground-dwelling and arboreal (tree-dwelling) ants from 465 studies, spanning continents, major biomes, and habitats. This gigantic global dataset took six years expands on previous efforts to pinpoint just how many ants there are on this planet.

[Related: When insects got wings, evolution really took off.]

“For decades, ant researchers have been incredibly busy studying ant communities the world over. They have collected thousands of ant samples to identify the species, and often counted all the ants as well when publishing their results in scientific articles. We were able to compile such data from nearly 500 different studies from all over the world and written in many different languages. In this way, we have been able to quantify the density of ants in various parts of the globe, and also to estimate the total number of ants on Earth,” co-lead author Patrick Schultheiss, now a Temporary Principal Investigator the University of Würzburg in Germany, told Popular Science in an e-mail.

The insects are incredibly important as ecosystem engineers in many biomes and ecosystem types, like rainforests, grasslands, and deserts. They turn and aerate the soil, which allows water and oxygen to reach plant roots. They spread seeds to grow new plants, eat a wide variety of organic material, and also provide food for other predators.

This many ants on Earth corresponds with biomass of approximately 12 megatons of dry carbon.

“Our estimate of the global ant population is 20 × 1015 individuals”, says co-lead author Sabine Nooten, now a researcher at the University of Würzburg wrote in a statement. “That’s a 20 with 15 zeroes, which is difficult to appreciate. In terms of biomass, all the ants on Earth weigh more than all the wild birds and mammals combined, or about 20 percent of human biomass.”

The study also found that ants are unevenly distributed over the global land surface. Typically, tropical regions harbor more ants than non-tropical regions, but this also depends on the local ecosystem.

The team was quite surprised since most scientists don’t go out to specifically individually count the numbers of ants, but instead strive to generally answer questions regarding biodiversity, ecological processes, and evolution. The number of ants is often reported as a measure of sample size. The team was also surprised that the final list didn’t cover everywhere on the planet. According Schultheiss and Nooten, there are areas of the world (Central Africa or some parts of Asia) where they have hardly any data of this kind.

[Related: A killer fungus could help the US South fight back against insatiable ants.]

“We hope that this study raises awareness of how important ants are on a global scale. We also hope to inspire scientists and other citizens to go out there and study ants in the parts of the world we know the least about. Counting ants using standard methods is really not difficult to do, but our study has shown that even very basic data can be incredibly informative. In the end, we need such global datasets to help us understand what we should or need to protect,” said the authors in an email.

With this global dataset in hand, the team’s next step is to investigate why some parts of the world have more ants than others. They speculate that it is due to climate, human land use, or other environmental features.