When insects got wings, evolution really took off 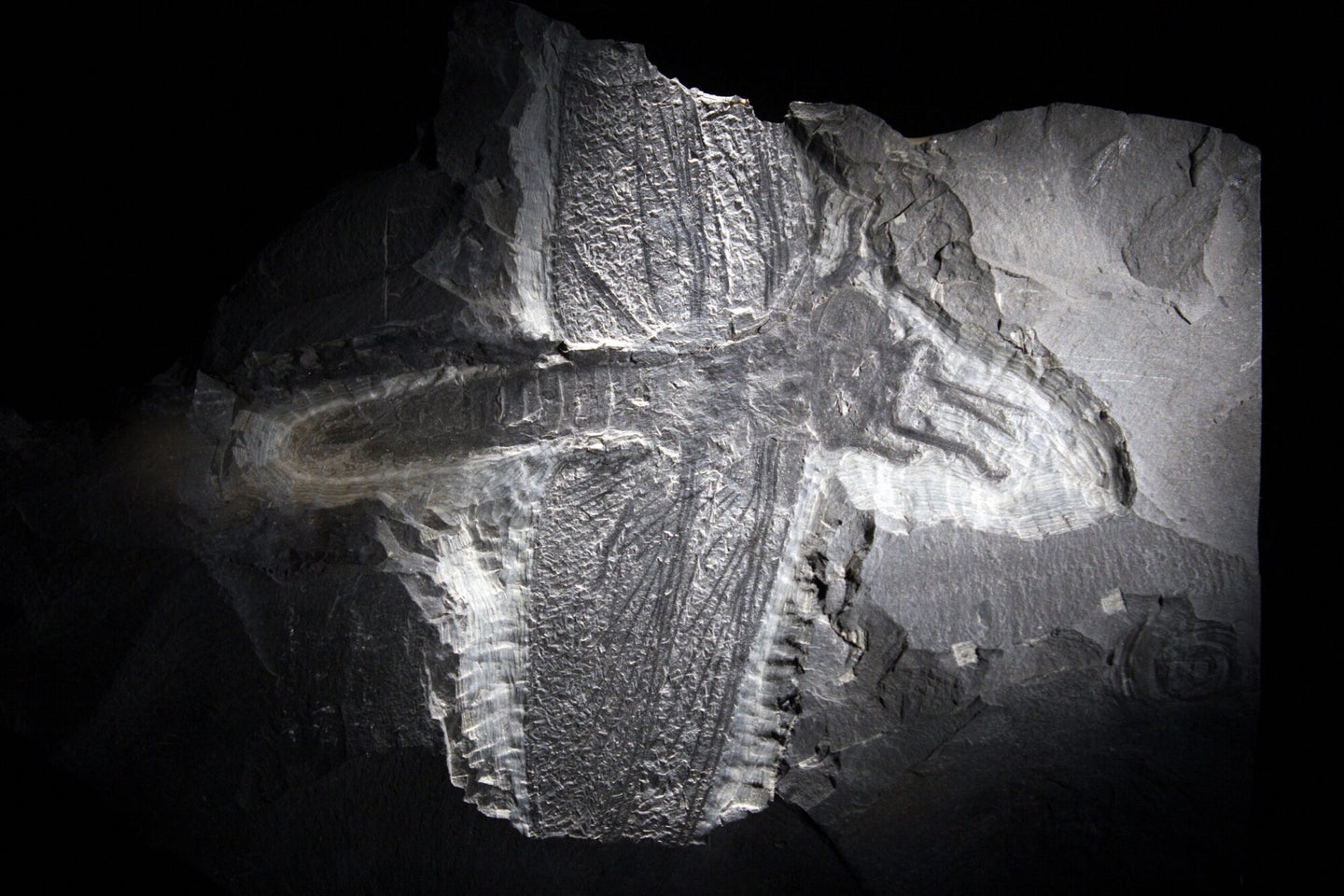 The insect world teems with beautiful and dazzling species. Silverfish are not one of them. The insects resemble tiny fishing sinkers, with their teardrop proportions and lead-gray complexions. They dwell in basements and musty rooms, where they nibble on dandruff and book bindings. And unlike most insects, they don’t have wings, instead scuttling through life on their bellies.

But these household scavengers are glimpses of history before mammals or dinosaurs—peeks at the mysterious first insect, which paleontologists believe looked something like a silverfish. That primordial creature couldn’t fly, either. Flight transformed insects, launching them on a trajectory to abundance: Today, across nearly every corner of Earth, some 10 quintillion insects hunt, pollinate, and digest. When insects first existed, though, such vastness wasn’t the case. Wings—and winglessness—can explain why.

Preserved insects are patchily found across time and space, with fewer than 10,000 species described in the scientific literature. Although fossil ants alone outnumber fossil dinosaurs, the insects tucked in rock and amber are a fraction of the estimated 5.5 million living species. “The trend that we see across the fossil record is that insects are really sparse,” says Jessica Ware, a curator at New York’s American Museum of Natural History, who studies how dragonflies evolved.

[Related: A close look at amber fossils that have stuck through the ages]

Complicating matters still is that the oldest possible insect fossils are squashed and small, inviting interpretation but no clear answers. Ware says it’s not unusual for separate members of her lab to come to different conclusions about the same body part; what might look like a fossilized insect wing under a microscope to Ware could appear as a leg to another researcher, she says.

The first proposed insects can be traced to the Devonian, the geologic period that began 420 million years ago. In 2004, a pair of entomologists argued that a pair of 400-million-year-old jaws just one-tenth of a millimeter long must have belonged to the oldest known insect. They also claimed the mandible so closely resembled a mayfly’s, that this insect must have had wings, too. But more than a decade later, another entomologist duo re-analyzed the jaws and countered that the specimen doesn’t have insect attributes—it was probably another leggy, grounded invertebrate, a centipede, they said.

The status of this animal has yet to be conclusively resolved. Paleo-entomologist and University of Hawaii research fellow Sandra R. Schachat thinks the idea of a 400-million-year-old flying insect is difficult to support without any fossil wings to point at. A fragment of compound eye uncovered on the other side of the Atlantic is more clearly insect-like, she says.

The remnant was found in Gilboa, New York, amid the fossilized tree trunks of the world’s first known forest. The eyeball, several million years younger than the Scottish jaw, “really, really looks like it should belong to Archaeognatha,” Schachat says, referring to the order biologists use to classify bristletails, wingless relatives of silverfish who are still around today.

But for tens of millions of years after that eyeball, there’s zilch in the fossil record for insects. Schachat and other entomologists call this the “Hexapod Gap,” which refers to the six legs—“hexa” plus “pod”—of insects and their close cousins. This gap lasted from around 385 million to 325 million years ago, until, on its more recent side, buggy parts are once again sprinkled through the fossil record.

In a paper published in 2018 in the journal Proceedings of the Royal Society B, Schachat and her colleagues examined several theories why ancient insects had a vanishing phase. Perhaps something about the environment changed, and only a few insects survived in that 60-million-year-long blank space. Or maybe the animals weren’t actually missing—instead, only their fossils were.

In the end, the team found that environmental causes didn’t seem to explain the missing bugs. They estimated amounts of oxygen in the Devonian air from preserved chemical traces, and determined there should have been a sufficiently healthy atmosphere for ancient insects to breathe.

What’s more, that era contains fossils from spider-, centipede-, and millipede-like animals, all about the size of insects and made of similar stuff. “We see way more fragments of arachnids and of centipedes than we do of possible insects,” Schachat says. That’s a sign the right kinds of sediment existed to preserve little invertebrates.

Instead, Schachat and her colleagues say this gap reflects that insects were a lot rarer back then. What made the difference in allowing bugs to take over the modern world, they concluded, was wings—specifically, that the Hexapod Gap reflects a period when insects hadn’t yet evolved them. “The fossil record may accurately record the transformative impact of the evolution of insect flight,” they wrote in the study.

Before wings, insects were confined to crawl, like silverfish still do, or were otherwise reliant on the prehistoric equivalent of hitching a ride in luggage. Then insect wings developed—the first fossil evidence of them dates to 324 million years ago, just after the Hexapod Gap ended. And, suddenly, the sky was theirs to inhabit.

Aside from a few hundred known species of bristletails, silverfish, and their relatives the firebrats, almost all insects have wings—or, in the case of groups like fleas, lost those appendages from flying ancestors in their evolutionary history. “Once winged insects do appear in the fossil record, all of a sudden they are the vast majority of what we see,” Schachat says.

Sporting wings spiced up how insects looked and behaved—changing how they caught food, how they mated, and how they evaded predators. Flying insects could be bumblers or darters, small creatures or large ones. Some species grew to gigantic proportions: 300-million-year-old insects called griffinflies had wingspans that stretched over two feet.

“Having wings allows you to open your niche space,” Ware says. “There was the entirety of the atmosphere that wasn’t being used.”

Insects beat bats, birds, and pterosaurs to the air by hundreds of millions of years—and thrived there. “There’s very, very good reason to believe that wings facilitated the diversity of insects and the abundance of insects,” Schachat says. They branched out into new species, taking to not only the skies, but also burrowing into the soil and swimming through fresh water as they traveled into new areas and claimed novel ecological roles. By inhabiting so many corners of the planet, insects shaped life.

[Related: The land of lost fireflies is probably a humble New Jersey bog]

For such influential organisms, insects remain brimming with secrets. How they learned to fly in the first place is an open question. There are no discoveries yet of an ancient insect with intermediate wing-like structures, Schachat says. Maybe an early species experimented with soaring; modern arboreal bristletails have been observed gliding toward tree trunks. Perhaps, according to another hypothesis, insect wings began as gills.

Tracing insects to their roots isn’t simply an academic exercise, Ware says—it’s essential. These animals are so key to agriculture and human diets that, if every insect were snapped out of existence, our species would die off in about three months, she points out.

“Understanding their evolution is understating 400 million years of life on Earth,” Ware explains. “It’s the closest thing we’re going to get to a time machine.” We live among both extremes of insect evolution—the animals that buzz and flutter above us, and the primitive silverfish at our feet, heirs to an earthbound lineage.