New tech could soon let you test whether your lettuce carries E. coli 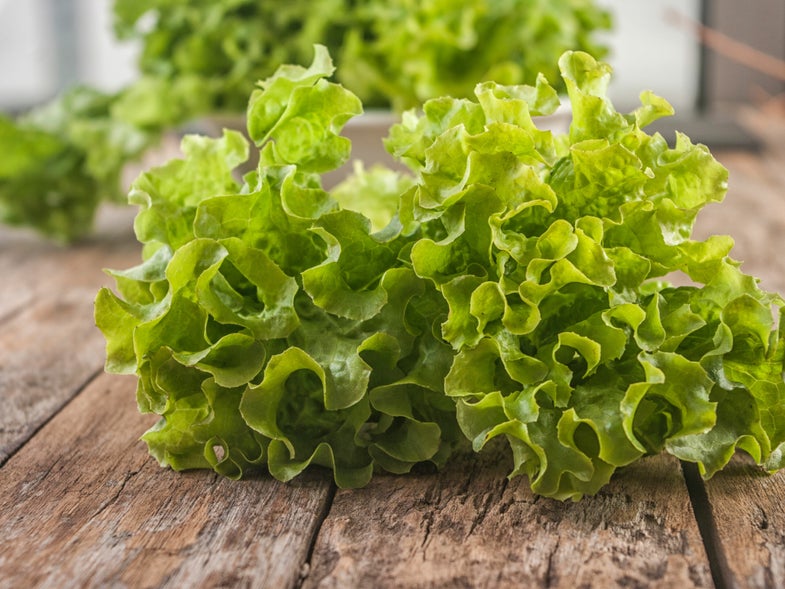 For months this past spring, the public was exposed to frightening news and a potentially deadly pathogen due to an outbreak of E. coli in romaine lettuce. The epidemic was the largest in over a decade, affecting nearly 200 people in 35 states, and killing five. Despite the Food and Drug Administration’s (FDA) best efforts, the source of the infection was never detected, although the agency believes it came from the Yuma region of Arizona. Romaine harvest season ended in April, and the shelf-life for lettuce is limited, so the danger is likely over. However, new salmonella infections in eggs and melon have already cropped up, and another infection is almost certain to happen in the future.

Short of swearing off fresh produce, how can you protect yourself from tainted meat, fruit, and vegetables? A new type of “smart” food packaging may hold the key to preventing food-borne illnesses. Developed by scientists at McMaster University in Canada and published in the April issue of ACS Nano, the packaging monitors for bacteria in food and emits a fluorescent signal if they’re detected.

Current methods to test food for pathogens involve taking the product to a lab, dissolving it, and then waiting to see if bacteria grows out of the resulting meat slushee. The process is slow, gross, and not easily replicable at home or in the deli section of your local grocery store.

“The difference in this [method] compared to the other ones is that we don’t need to open the sample, take it to the lab, and analyze it. You can find out before even starting to open and use [the product],” says Tohid Didar, an assistant professor of mechanical engineering at McMaster and one of the developers of the technology. Currently, the product is only able to detect E. Coli but Didar’s team is now working to create other molecules that can be added to the packaging to detect different types of pathogens, such as salmonella.

The idea is to identify all major disease-causing pathogens before someone consumes them and gets sick. But not all researchers agree with this timeline. Some argue that it’s far better—and easier—to prevent the disease-causing bacteria from showing up in the first place.

“It’s a cool technology that shows promise,” says Sam Nugen, an associate professor in the Department of Food Science at Cornell University who was not involved in the research. However, he questions whether additional testing would really benefit consumers. “The strategy for the food industry relies more on having a good prevention method,” he says. “I think that to rely on individual testing probably wouldn’t work as well because this is a needle in a haystack.”

Peter Cassell, a spokesman for the FDA, confirmed that the agency focuses on prevention, not detection, of dangerous bacteria. To do so, the FDA inspects farms and food processing facilities every couple of years for safe and sanitary practices, but they don’t test for bacteria unless there’s reason to suspect an outbreak.

“There are requirements that companies have to follow and go through. They are required to keep records, and that’s what the FDA looks at on inspection,” Cassell says. Any company that sells or distributes food must register and submit their records to the FDA, he says. There is no monitoring of food once it leaves farms or food packing facilities, and no one checks food in the supermarket.

However, despite current prevention efforts, there are still an estimated 48 million cases of foodborne illnesses in the United States every year, resulting in 3000 deaths. Although these numbers seem huge, when you compare them to how much food we consume (roughly 977 million meals), contaminations affect less than 5 percent. “If you consider how much food is being consumed, we have very very safe food,” Nugen says. But even so, “This just happens, outbreaks will happen periodically.”

That’s where Didar’s team thinks their testing method will fit in. They are currently looking to partner with large grocery stores and food packaging facilities to optimize the sensor for these industries. He thinks the molecules could be printed onto standard food packaging for “a couple of cents,” so the added cost to consumers would be negligible. The researchers are also working to create reusable sensors that people could use at home to test leftovers with the goal of getting the number of diagnosed cases closer and closer to zero.