And they're harder to avoid. 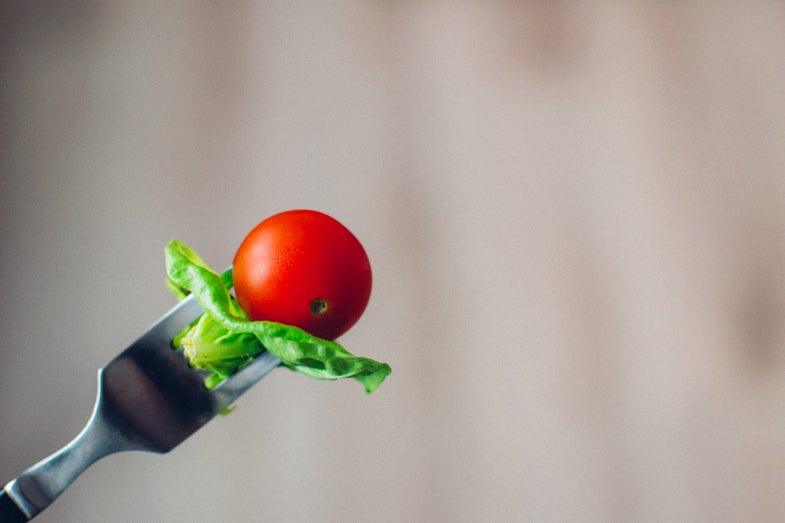 An apology up front: this is not a free pass to eat raw cookie dough. It may be uncommon for Salmonella to find its way into your eggs, but that doesn’t mean there’s no risk. Even the raw flour can harbor bacteria, so there’s no escape in an eggless mix. It’s just a gooey, buttery risk that you will sometimes take on—because you are human, and to err when faced with a spoonful of snickerdoodle dough is the human-est thing of all.

The good news is that eggs are mostly not to blame for foodborne illnesses, and neither is chicken. The bad news is that there’s not a ton you can do about avoiding the true hiding places of these bacterial pathogens.

We tend to think of food poisoning as a meat-based problem. Too-warm sushi, undercooked chicken; these are the classic culprits on which we blame midnight diarrhea. But beef, pork, and poultry combined only account for 21.8 percent of all foodborne illnesses, which is less than the cases caused by the single top offender. The devil, as it turns out, is in the leafy greens.

Most foodborne illnesses are bacterial, and of those most are caused by Salmonella enterica. It’s probably the one you hear about most because it causes so many outbreaks, and every time the Centers for Disease Control announces an outbreak you hear about it on the nightly news. This happens once every few months, which is infrequent enough that it’s easy to miss the pattern. It’s not eggs; it’s produce.

The other stereotypical Salmonella culprit, the humble chicken, delivers 19 percent of the nation’s cases, but it’s not quite even with the other top contender: vine and stalk produce. We’re talking cucumbers and melons of all kinds, here. Together, they account for 20.7 percent of Salmonella afflictions, and when you combine those fleshy veggies with other produce you get up to 28 percent.

Leafy greens cause the most illnesses, but chicken is the big killer

There’s a similar fresh-produce trend for a lot of other foodborne ailments. It can be difficult to tell that just from paying attention to periodic outbreaks, especially since plenty of cases occur sporadically. So a few years ago, the CDC set out to find the root causes of 120,321 illnesses from 1998 to 2008. Here’s what they found:

Leafy greens wreak by far the most havoc on Americans’ digestive systems, which is not to say these vegetables are the most murderous foodstuffs. That honor goes to chicken.

Okay, so technically the award goes to “undetermined,” but as far as identifiable food sources go, it’s chicken all the way. The disparity in cases as opposed to deaths (or even hospitalizations) arises from the subtle differences between the types of diseases you get from each food. Listeria and certain types of Salmonella tend to be fatal, and those bacteria generally infect poultry. Produce makes people sick more often, but often with less severe symptoms.

Now what? Should I wash my spinach more?

If you’ve been worried about undercooked meat and eggs this whole time and are now feeling silly—don’t. You’re doing the right thing.

Much of the food safety burden falls on the consumer when it comes to meat, poultry, and eggs. Since those are all things we cook, we have it in our power to eliminate dangerous bacteria like Salmonella, E. coli, Staphylococcus*, and Clostridium. By cooking to a hot enough temperature, you can nearly eliminate your risk—even though a significant fraction of poultry is contaminated.

It’s not so with lettuce and spinach. Most of the produce you buy at the supermarket won’t make you sick, but the stuff that is contaminated probably won’t get cooked. Lots of salad fixings have bacteria and viruses on them, and rinsing with water won’t remove the little buggers. Cooking would kill them, but when was the last time you sauteed a papaya?

If you fail to cook your chicken to 165 degrees Fahrenheit and get sick, that’s arguably your own fault. But if you don’t heat up your lettuce—that’s on the farmers. Produce often acquires its bacterial sheen from the water it’s showered with, which can be contaminated with fecal matter from nearby animal farms. Industrial-strength chemicals kill a lot of potential pathogens (though sometimes not all) but you have no idea what type of disinfecting procedure your tomatoes went through.

Unfortunately, there’s not a helpful set of tips that can help you eliminate your produce-associated risk. You should always store cut up fruits and veggies in the refrigerator to minimize any bacterial growth, and for the love of all that is holy do not chop them just after you cubed some chicken. Beyond that, just rest assured that the benefit of a diet full of fresh produce far outweighs the risks of a foodborne illness. And eating some cookie dough once in awhile (probably) won’t kill you.