A single outbreak of norovirus—or any foodborne illness—can cost quite a lot. 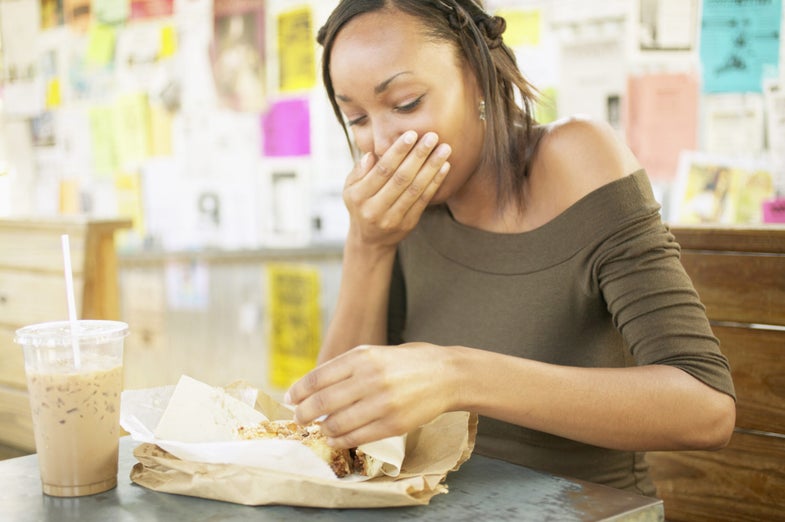 Most people don’t like to think about it, but every bite of food has the potential to make us sick. That’s true whether it comes out of your own fridge—an E. coli outbreak in pre-chopped lettuce and a potential salmonella outbreak in eggs are two current possibilities—or out of a restaurant kitchen. Foodborne illness costs the U.S. more than $15 billion annually, according to USDA estimates—never mind the miserable nights spent groaning over the toilet.

Restaurant meals have a higher incidence of foodborne illness than home-made food, according to the CDC. As most Americans eat out multiple times per week, anything that can be done to keep food free of disease is a big step in improving overall health. The good news: it’s possible for restaurants to take preventative measures to reduce the incidence of foodborne illness, and a new study from researchers at Johns Hopkins University’s Bloomberg School of Public Health demonstrates that taking those steps could be more cost-effective than chancing even a small outbreak. It’s further incentive for restaurants to prioritize efforts like food-safety training programs.

“Restaurants can incur substantial costs, up to $2.6 million, in the event of a foodborne illness outbreak,” study coauthor Sarah Bartsch told Popular Science in an email interview. “A small outbreak of five persons could cost up to $8,300, even when there is no loss in revenue… no lawsuits, legal fees, or fines.”

Bartsch and her colleagues are part of the school’s Global Obesity Prevention Center. This study is the first of its kind to look specifically at the financial cost of illnesses to restaurants, rather than to the economy or to individuals. The researchers hypothesized that having a more concrete sense of the real costs of such an outbreak might give restaurants a reason to consider doing more.

To conduct the study, they built a computer simulation that modeled different types of foodborne illness in different kinds of restaurants: fast food, fast casual, casual dining (table service and a broad menu) and fine dining. They drew from a CDC list of food-borne pathogens that affected restaurants between 2010 and 2015.

In 2015 alone, according to the CDC, more than 450 outbreaks occured in restaurants, about 60 percent of the total outbreaks recorded that year. An outbreak is defined as two or more people coming down with a foodborne illness as a result of eating a contaminated food. The illnesses ranged from the usual suspects—norovirus, E. coli and salmonella—to botulism and Hepatitis A. The Johns Hopkins researchers made their simulated restaurants “sick” with 15 of those viruses, charting the financial impacts of each illness at varying outbreak sizes. Those impacts included legal fees from potential lawsuits and fines, but also featured more secondary revenue losses like downturns in patronage due to damaged reputations.

The researchers were surprised to find that “Even the least expensive outbreak still cost $4,000, which is more than some infection and prevention control measures, like allowing adequate sick time for ill employees to recover before returning to work,” Bartsch says.

For example, their model, which predominantly used data from government agencies as well as industry data, found that allowing a restaurant employee sick time cost between $78 and nearly $3,500 per week, while a single outbreak of norovirus at a casual restaurant could cost up to $2.2 million—many times the cost of giving a sick employee a little extra time off. And because they only modeled individual restaurants, the costs could actually be higher for outbreaks at prominent chains; they might lose revenue at locations all over the country as the result of a few stores with contaminated products.

The study is the first to look at the costs of foodborne illnesses for restaurants specifically, study co-author Bruce Lee told Popular Science in an email interview. “Prior to this study, many restaurants did not know how much these outbreaks would cost them,” he writes. But the study authors also acknowledge that their model has limitations: foodborne illness is simply the result of too many factors to simulate.

That’s why it’s important to put these new results in context, says Ohio State University food scientist Abigail Snyder, who was not involved in the new research. After all, it’s not like restaurants want to make their customers sick. It’s likely that many simply don’t realize simple measures like training employees and making sure they take time off when sick can make a big difference. “Just like individual consumers think it won’t happen to them, restaurants can think it won’t happen to them,” she says.

But these simple steps can be part of a holistic approach to food safety, she says, one that recognizes there are myriad interventions, from controlling human behaviors to food temperature. As the study demonstrates, she says, “There shouldn’t be a mentality that there isn’t a return on investment” for working on food safety. The study is a useful new piece of the puzzle “because it provides the dollar amount,” she says, but it’s just the start.