The timing of your dinner could affect your overall cancer risk

Breast and prostate cancers seem to be more common amongst those who eat dinner late, but it may just be a correlation. 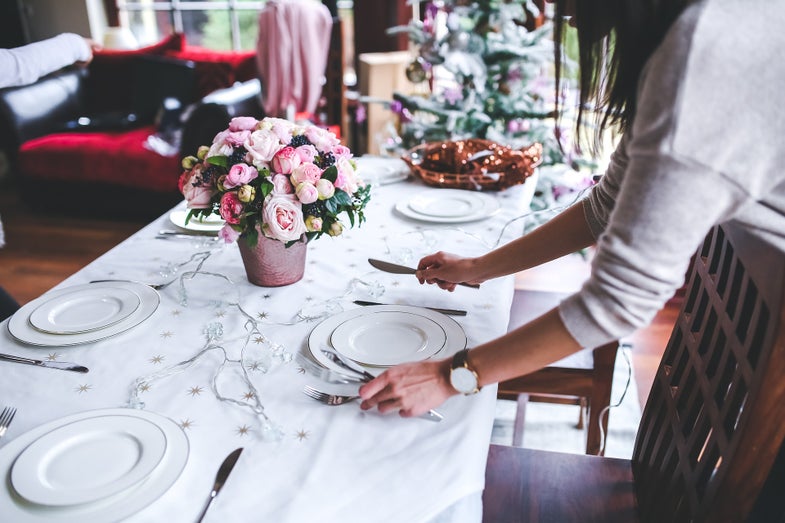 Certain routines are less healthy to abide by than others. Drink coffee too late, and you’ll have trouble getting to bed. Stay up too late, and you’re more likely to develop health complications down the road. On the contrary, you might have a better time finishing that latest biggest creative project if you don’t stay awake till the wee hours of the night.

And now, it might be time to start scheduling an earlier dinner if you want to live longer and healthier. A new study published today in the International Journal of Cancer suggests that the later you eat dinner, the more likely you are to develop breast and prostate cancer. That’s quite a staggering claim, especially when you consider that breast cancer is the most common type of cancer, and that prostate cancer afflicts about one in every nine men.

The new study, run by a large group of researchers in Spain, surveyed 621 individuals with prostate cancer and 1,205 individuals with breast cancer (plus 872 and 1,321 healthy males and females, respectively), collecting data relating to preferred times for dinner and sleep.

After adjusting for factors such as family of cancer, socioeconomic status, and environmental carcinogenic influencers, the research team found that individuals who eat dinner before 9:00 p.m. or wait at least two hours after finishing dinner before going to bed have about a 26 percent lower risk of developing prostate cancer and a 16 percent lower risk for breast cancer, versus those who eat after 10:00 p.m. or go to bed soon after finishing their last meal of the day.

How exactly do we get to a study like this? The genesis of such an investigation is perhaps not as unusual as you might think. According to Manolis Kogevinas, a research professor at the Barcelona Institute for Global Health and the lead investigator of the new paper, the impetus for this investigation is essentially a lack of current data.

“Breast and prostate cancer are the two cancers most closely related to night shift work and circadian disruption,” says Kogevinas. Disturbances in circadian rhythms, the biological processes that regulate sleep, energy levels, hormones and body temperatures over the 24-hour day, are already known to cause problems in the immune system, which can leave people more susceptible to tumor development. Kogevinas says light is the most important factor affecting circadian rhythms, followed by diet.

While there are animal studies, plus a small number of human studies, that illustrate how the timing of diet can impact human health, Kogevinas says most of this research is limited to understanding how mealtimes affect obesity (and by extension obesity-related complications like diabetes and heart disease). There’s nothing that specifically tracks how meal times might affect cancer rates.

There have been quite a few studies that have explored what dietary patterns have to do with cancer, but according to Kogevinas, “this evidence focuses on type of diet and quantity, not on timing. We have practically nothing on timing of diet on big studies in humans and that is why we tested this hypothesis.”

There are, of course, a few major problems in this line of thinking. For one, no two individuals possess the exact same natural framework for when their bodies are best optimized to eat and sleep. One person’s 9:00 p.m. dinnertime is another’s snack time before a midnight meal, and another’s outright bed time. For all these individuals, their optimal dinner times differ drastically. A better predictor for cancer risk would be to track whether an individual’s own meal times deviate significantly from the times suggested by their specific chronotype (preferred sleep time and duration).

It’s also not totally clear why mealtime would affect cancer occurrence. How can eating later or going to sleep soon after bed cause health problems that lead to tumorigenesis? Kogevinas admits, “the mechanisms are not well understood and could involve several pathways.” Without understanding exactly how the timing of a meal might give rise to health problems that ultimately lead to cancer, the authors of the study have merely highlighted potential correlation, not causation.

Corrine Joshu, an epidemiologist at the Johns Hopkins Bloomberg School of Public Health who was not involved with the study, also notes that “the authors report that meal time was associated with a decreased risk among participants who adhere to major cancer prevention recommendations.” Individuals who waited even longer than two hours between dinner and sleep were 35 percent less likely to develop either cancer—but they happened to also be more likely to adhere to prevention recommendations set for by the World Cancer Research Fund or the American Institute for Cancer Research. This suggests that that individuals who ate earlier may simply be more attuned to living healthier in other ways that are more impactful to cancer prevention.

There are also plenty of factors that complicate things. Since the researchers were in Spain, they had entirely Spanish participants, who tend to eat later than many other countries. It’s not quite as late as Americans might think—according to researchers, a 9:00 p.m. supper in Spain is considered as late as an 8:00 p.m. supper in London—but they are just one population. Average mealtimes and sleep times can differ greatly from country to country and continent to continent in ways that might influence the outcome if this study had been done in another location.

The sheer size of this study also forced the research team to rely solely on self-report of meal times. “In smaller studies of a few tens or a few hundreds of subjects we use actigraphs, sensors and other ways of recording daily patterns,” says Kogevinas. “In this case, it was impossible. We are aware that we certainly have errors in our assessment of timing,” although he emphasizes that “most probably we are underestimating the effect of timing [on cancer] rather than overestimating.”

Still, none of that is to say there’s no value in the study or that it should be dismissed. On the contrary, such a large population study focused on meal timings makes this investigation “one of, if not the first, of its kind,” says Joshu.. “Understanding the association between meal time and cancer risk is particularly relevant in current life, in which mistimed eating may be more common than in the past.”

Still, there is a great deal of follow-up that needs to be conducted in order to really validate the findings. Joshu echoes the need to understanding the biological connection between meal times and cancer risk before it’s acceptable to say one influences the other. “In addition,” she says, “prospective studies, in which participants are not asked to recall past eating patterns but report them in real time, would be beneficial and could help identify whether changing meal time patterns can decrease risk of these cancers.”

It’s premature to radically alter your lifestyle based on this single study, but if pushing your dinner time up makes your evening less hectic, consider trying it. Stress and lack of sleep both contribute to immune system deficiencies, and that is one of the few known ways that lifestyle choices impact your cancer risk. Planning for an earlier dinner might help you get the rest of your chores done on time and in bed earlier, and that really does improve your health.