Immunity to discomfort seems to run in the family. 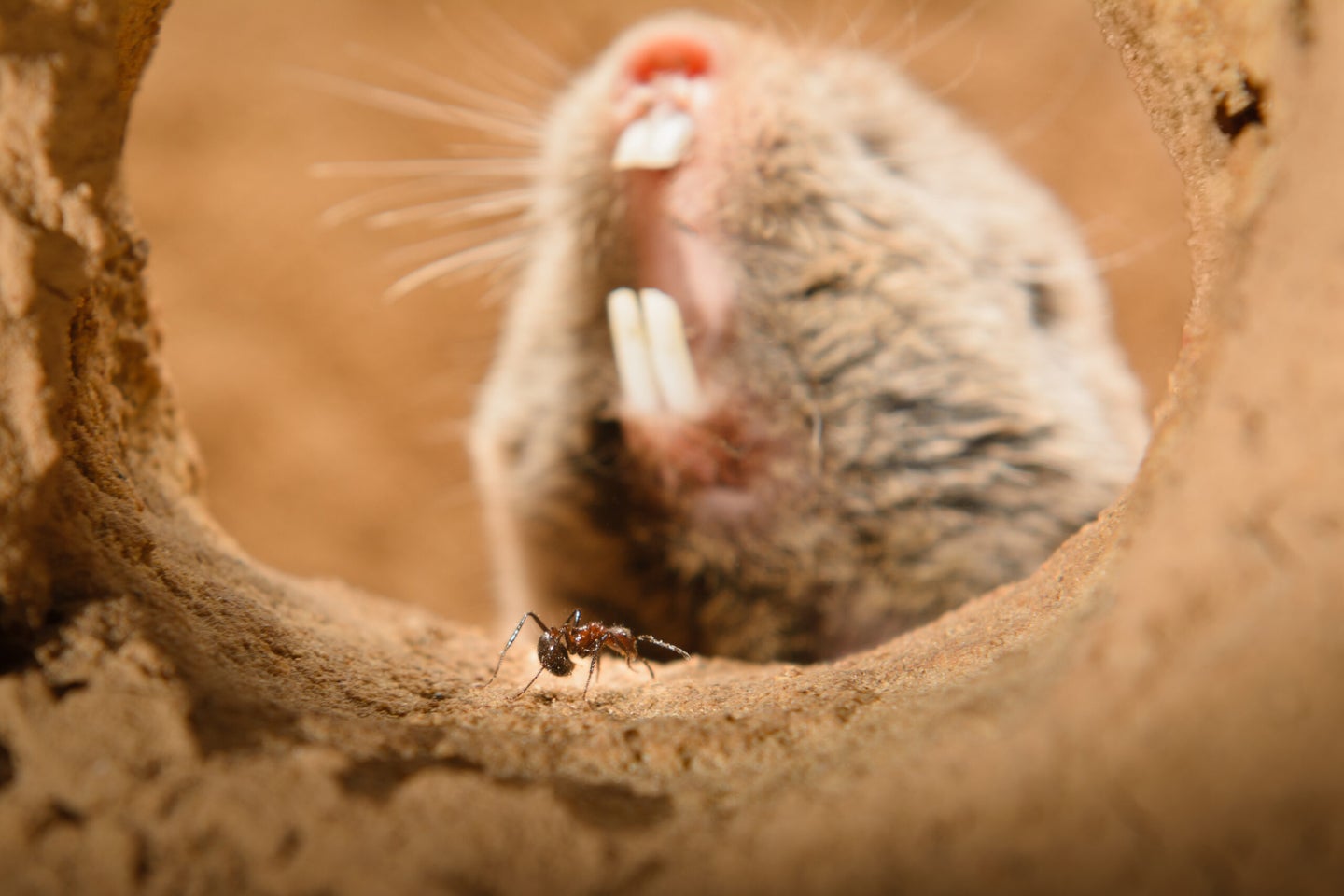 The naked mole rat gets so much press, you’d think it was the only mole rat in town. Sure those hairless weirdos can survive at oxygen levels below that of Mount Everest’s peak and seem to age on a ridiculously slow timescale, but that doesn’t mean their toothy brethren don’t also have winning qualities.

Yes, there are in fact, roughly 50 mole rat species. Though most of them aren’t wrinkly and bald, the mole rat family do seem to share another common trait: immunity to pain.

Now, that doesn’t mean you can stomp on their lil’ feet and not expect a yelp or two. It does mean that several mole rats have developed specific, strategic insensitivities to certain kinds of pain. Take the highveld mole rat.

You might think this is a dramatic photo showing a highveld mole rat about to obliterate its mortal enemy, the Natal droptail ant. These little bugs like to bite any invaders entering their nests, then inject a painful, stinging liquid into the wound. It’s an effective deterrent—but not for the highveld mole rat. This photo is more likely showing a rodent about to enter her burrow, which she and the ant share.

Though the pain of various insect stings might feel mostly the same to you, albeit varying in intensity, different venoms act on different molecular pathways. Your neurons have all sorts of receptors and channels dotting their surface, and some of them activate a pain response. Animals and plants take advantage of these pathways by producing molecules that activate that pain response, sometimes by activating a specific channel in mammalian neurons or blocking another one. Peppers and horseradish are both spicy, for instance, but the chemicals that make them taste fiery work differently. Capsaicin makes peppers hot, but horseradish (and wasabi) contain something called allyl isothiocyanate, or AITC. Each acts on a different receptor, even though you feel a similar kind of pain. 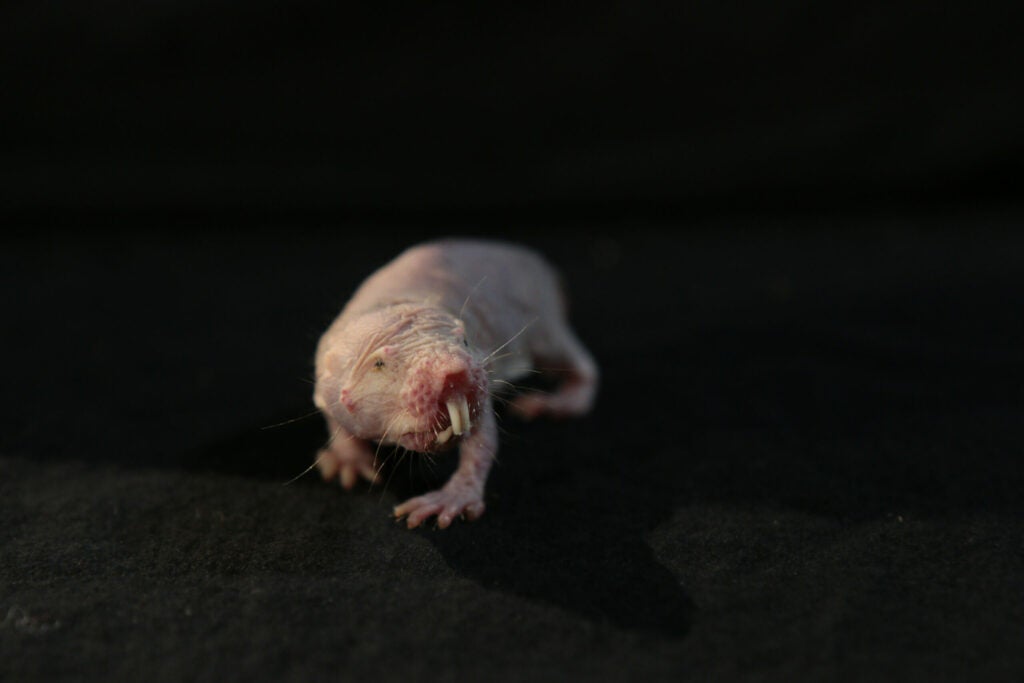 A naked mole rat in all its glory

Naked mole rats don’t seem to feel the pain we associate with hot peppers or with extremely acidic fruit like lemons, but they do feel the sting of horseradish. Researchers wanted to test whether other mole rats have similar adaptations, so they analyzed eight species for pain insensitivities. They published their results in the journal Science. Most feel pain normally, but certain mole rats are immune only to peppers, like the Natal mole rat (no relation to the ant), or just lemons, like the Cape mole rat.

Highveld mole rats were the only ones that had an immunity to horseradish, though, and researchers think it’s tied to those gosh darn Natal droptail ants. If a furry little Highveld mole rat were to share a burrow with a stinging insect, it’s to your benefit to evolve a mechanism that allows you to become impervious to those stings. So they did. As the researchers note, they seem to have disabled the receptor that would normally signal pain from either a droptail ant or a piece of wasabi. Natal mole rats, their closest relative (at least that the researchers tested), don’t have this ability, so it seems to be an adaptation specific to Highvelds.

In fact, all of the adaptations these various mole rats have are specific to their particular circumstances. Acid insensitivity occurs in naked mole rats and Cape mole rats, which aren’t particularly close on the family tree, and in East African root rats, another type of rodent. The researchers aren’t sure exactly what about each mole rat’s environment would prompt this kind of evolutionary development (it could be a stinging insect, but it could also be an otherwise spicy food source). But the fact that relatively unrelated species have all developed the same trait would suggest there’s an evolutionary force that’s driving it, rather than this ability being a carryover from an ancestor.

So next time someone brings up a funky naked mole rat fact, remind them that there are other—far cuter—mole rats who have some awesome powers, too.