If you want to prep your pup’s meals, you need expert guidance. 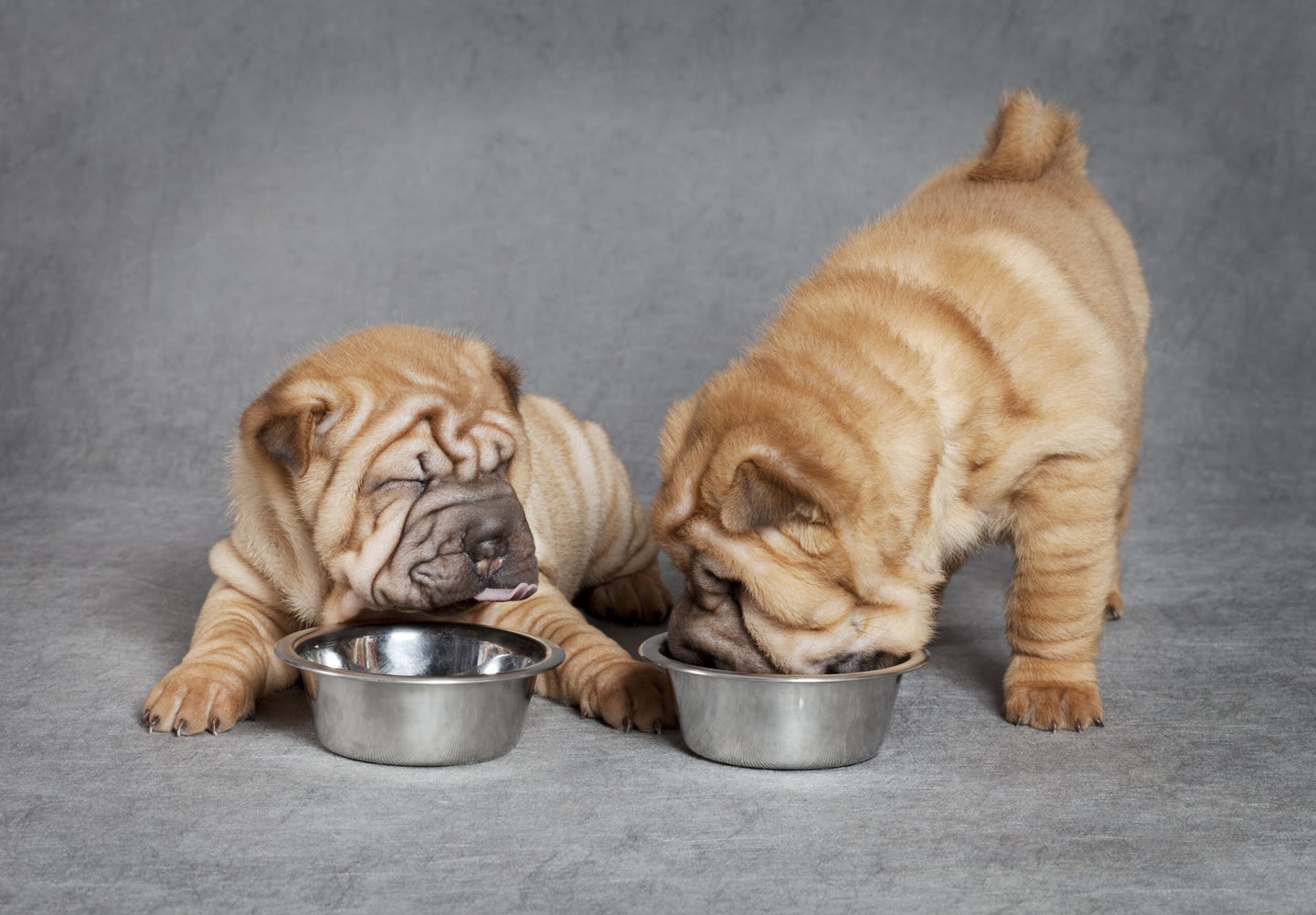 Dogs are too good for us—this much we know. So it makes sense that many of us want to treat our pups like the angels they are by giving them the best of everything. For some people, that means feeding their canine pals home-prepared meals replete with fresh burger meat and tasty carrots.

The rising number of homemade doggy diets reflects a general trend that vets have pointed out in academic papers for years: more and more pet owners don’t want to feed their companions dry food manufactured by a big company. Natural dog food sales shot up 43 percent in 2018 compared to the previous year, and there was a 27 percent increase in sales of kibbles without artificial colors. “Every time there’s a large pet food recall, more people become interested in making their own food,” says Rebecca Remillard, a veterinary nutritionist who founded a consultation service for other vets. Plenty of folks just look for a commercial alternative (which isn’t always a safer bet), but many decide to prepare their own.

The trouble is that very few of the recipes available to pet owners are nutritionally complete. “Nutritional adequacy is lacking in almost all homemade diets found online or in books,” says Jennifer Larsen, a veterinary nutritionist at UC Davis. In a 2013 review of 200 recipes, she and her colleagues found just five that provided the minimum amount of all the essential nutrients for dogs. A handful more met less stringent nutritional requirements, but 95 percent of the recipes were deficient in some way. About 83 percent had multiple deficiencies.

The problem isn’t so much that dogs aren’t getting enough protein or enough calories. On the contrary, most pet owners overestimate how much protein their pup needs (cats are the real carnivores in our houses, and lots of dogs can stay healthy on vegan diets). And caloric needs are easy to keep track of; hungry pups generally don’t stay quiet about their rumbling tummies. But most people don’t account for key micronutrients. Most of the recipes Larsen’s team reviewed were lacking in zinc, choline, copper, and EPA plus DHA (two key omega-3 fatty acids).

That may in part be because folks don’t realize you can’t make dog food without adding a supplemental multivitamin. “You cannot do it,” says Remmilard. “I’ve been formulating I don’t know how many diets for I don’t know how many years—without added synthetic vitamins and minerals, it’s not possible.” She’s even tried throwing the entire FDA database of foods into a computer algorithm to devise a diet with the right number of calories and balanced macro- and micronutrients. The resulting diets are always missing something key. Even the biggest pet food companies, with their Research & Development funding and teams of experts, haven’t been able to do it. Whole foods do contain plenty of vitamins and minerals that dogs need, but they physically can’t eat enough fruits and vegetables to get enough.

This might come as something of a surprise to a lot of people. Dogs evolved alongside humans, eating whatever scraps we tossed their way—how could they now have such delicate dietary needs? It’s the same reason we shouldn’t all be sticking to strict Paleo diets. Our ancestors evolved to survive on the foods they had available to them, but that doesn’t mean they were as healthy as humans hope to be today. Early dogs didn’t need to live long lives, they just had to survive long enough to produce a litter of puppies and pass along their human-friendly genes. As Remillard points out, most people want their pets to live to be older than two. Research has shown us what the best diet is for keeping dogs happy and well for as long as possible (or at least something close to it). That’s what responsible pet owners should strive to feed their dogs, regardless of whether or not canines could find that diet on their own in the wild.

It is absolutely possible to do this on a home-prepared diet, but it requires the addition of a multivitamin and careful adherence to a recipe crafted by a veterinary nutritionist. Even your regular vet probably won’t know how to formulate a good diet, Remillard says. It takes about another five years of school to get that degree. “You shouldn’t feel bad that you can’t formulate a good homemade diet,” she says. “Not everyone should be able to build a rocket, either.”

If you do want to make your pup’s food, both Remillard and Larsen say you should go see a veterinary nutritionist. These specialists will formulate diets tailored specifically to your individual pets. You can search on the American College of Veterinary Nutrition’s website to find one near you. They’ll provide you with a specific recipe, and you shouldn’t deviate from it. It’s reasonable to think that substituting one fruit for another won’t do any harm if it’s all you have on hand, but you don’t want to get into the habit of making small changes. Following the exact recipe is imperative to maintaining your dog’s health. The diet will also recommend a specific vitamin with the necessary extra nutrients, which you’ll likely need to order online.

It is possible to find recipes yourself on the internet, but the only tool that both nutritionists recommended was BalanceIT. You can pick which foods you’d like to include, and then it will provide you with some recipe options. Again, follow the recipe to a T, and make sure to get whatever multivitamin the site recommends. It’s best to get this recipe checked by a veterinary nutritionist, but if you can’t find one (or can’t afford one) BalanceIT is a good alternative.

Remember, it’s important to follow whatever expert advice you’re given. Every pet owner who decides to make their own dog food is doing so with the best of intentions—they feel they’re stepping up in their pet ownership duties. But dogs can tolerate a lot without showing you any clear signs they’re not getting the nutrition they need, and you may not realize you’re going wrong until it’s too late. “Dogs can mask deficiencies for a very long time,” Remillard says. One of the more common signs is a broken bone, Remillard says, since many homemade foods are calcium-deficient. She’s seen pups come in with fractures from doing normal activities. Other signs of a nutritional deficiency can be subtle—and may simply mean a shorter, less healthy life overall. But in some cases, they can be extreme. “I had a case once where a lady had been feeding the same homemade diet for 11 years before the dog popped up with a problem,” Remillard says. “The vet who saw her first said the dog came in with its teeth falling out. The woman was devastated—she was just trying to do the right thing.”