Despite appearances, your cat does love you

Cats form tight bonds with their humans just like babies and dogs—even if they don’t always show it. 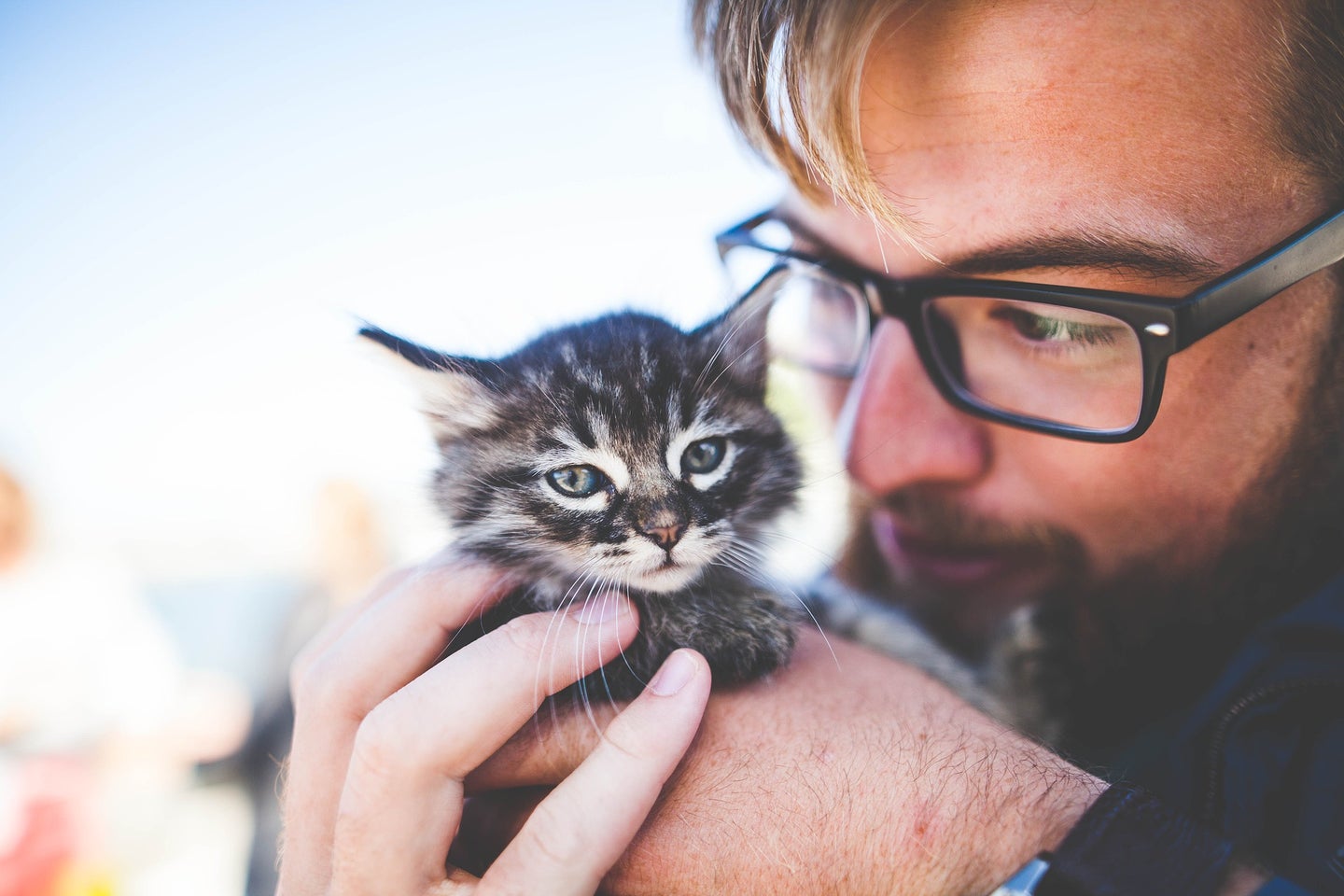 Cats can seem mysterious and aloof. They stare at nothing for hours on end and have very specific petting requirements. These and similarly strange behaviors have baffled and amused long-suffering human companions since they sailed with the Vikings (and probably long before that, too). But a new study from animal behavior researchers suggests they’re not actually above it all. It’s possible that felines attach to their people just like dogs and babies do.

This is the first study to look at cat attachment by looking at bonding styles, the same way researchers study dogs and human babies, says Kristyn Vitale, who researches cat behavior at Oregon State University. Studying these loyalty methods in animals can show us how similar our bonds with our pets are to those with other humans.

To get a better look at how cats relate to people, Vitale and her colleagues had cat and kitten owners bring their pets to the laboratory, to a room they’d never seen before. Then they ran what’s known as the secure base test, which researchers use to study attachment in human babies, other primates, and dogs. “For two minutes, the owner and cat just sat in the room together,” says Vitale. Next, the owner left and the pet spent two minutes there alone. “That alone phase acts as a potential stressor to the cat,” she says. “What we see is how they then react to the owner returning.”

That reaction is the crux of the experiment, as it reveals how the cat thinks about their human. The researchers filmed the two minute period, then reviewed the clips with someone specially trained in identifying and recording the clinical signs of attachment, known as an “attachment coder.” The attachment coder looked for signs that mirror how babies and dogs react to this test, and grouped the cats into an attachment category.

The researchers found that approximately 65 percent of both the cats and kittens studied displayed secure attachment to their human, meaning that when the human returned they didn’t display signs of stress and were content to divide their time between looking around and hanging out with their human. Those with an insecure attachment style, around 35 percent in both cases, were still stressed after their human returned and demanded excessive amounts of attention.

“What’s really interesting is that we see the same patterns of behavior in dogs and babies,” says Vitale. The fact that the majority of all these species seek out their caregiver for a sense of security suggests there is an evolutionary advantage to doing so. And importantly, attachment style seems to be very difficult to change: The researchers enrolled about half the kittens in a six-week training course, but found that working with their human didn’t change their attachment style.

It’s not news that cats are attached to their people, says animal psychologist Dennis Turner. “However, this study is still of value, as it applies modern attachment theory (and the three basic types of attachment) to cats for the first time.”

Sure, they don’t follow you around like a dog. Nobody would ever call a cat “man’s best friend.” But this study adds evidence to the fact that cats need us, too. “I think there’s this idea that cats don’t really depend on their owner and need them,” Vitale says. “But at least in this test, what we’re seeing is that most cats use their owner for their sense of security.”