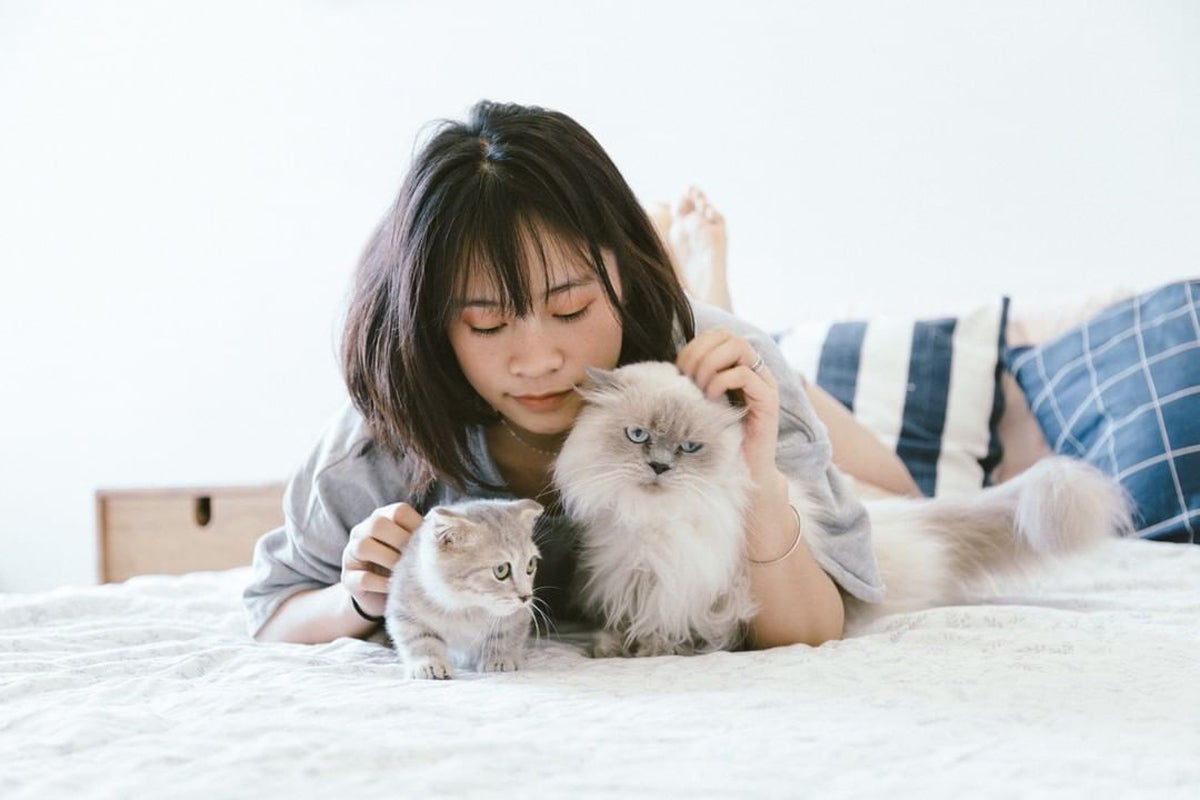 Many of us will have experienced that super friendly cat who seems to love being stroked one minute, only to bite or swipe at us the next. It might be easy at this point to blame it on the cat, but what’s likely happening here is that we’re just not stroking them right.

To understand why this might be, we first need to know a bit more about kitty’s ancestry. It’s likely that the domestic cat’s ancestors (the African wildcat) were regarded as mere pest control, but modern day cats are often treated as our valued companions or even “fur babies.”

This social shift in the human-cat relationship is thought to have occurred around 4,000 years ago—a little later than “man’s best friend”—the domestic dog. Although this might seem like a sufficient amount of time for a species to fully adjust to increased social demands, this is unlikely to be the case for your feline friend. Domestic cats also display relatively modest genetic divergence from their ancestors, meaning their brains are probably still wired to think like a wildcat’s.

Wildcats live solitary lives and invest considerable time and effort communicating indirectly —via visual and chemical messages—just to avoid having to see each other. So it’s unlikely that domestic cats inherited many complex social skills from their relatives.

Humans on the other hand, are an inherently social species—favoring proximity and touch during displays of affection. We are also drawn to infantile looking features—large eyes and forehead, a small nose and round face—this is why most of us find the faces of cats so cute. It’s not surprising, then, that our initial reaction when we see a cat or kitten is to want to stroke, cuddle and smush all over them. Though it should also come as no surprise that many cats can find this type of interaction a little overwhelming.

Although a lot of cats do like being stroked, and in certain contexts will choose us over food, human interaction is something they have to learn to enjoy during their comparatively short sensitive period—between two and seven weeks old.

When it comes to human-cat interactions, the characteristics of humans are also important. Our personalities and gender, the regions of the cat’s body we touch and how we generally handle cats, may all play an important role in how the cat responds to our affections.

And while some cats may react aggressively to unwanted physical attention, others may merely tolerate our social advances in exchange for the good stuff (food and lodgings). That said, a tolerant cat is not necessarily a happy cat. Higher stress levels are reported in cats that are described by their owners as tolerating rather than actively disliking petting.

How to stroke a cat

The key to success is to focus on providing the cat with as much choice and control during interactions as possible. For example, the choice to indicate whether they want to be petted or not, and control over where we touch them, and how long for.

Due to our tactile nature and love of cute things, this approach may not come instinctively to many of us. And it will likely require a little self-restraint. But it could well pay off, as research shows interactions with cats are likely to last longer when the cat, rather than the human, initiates them.

It’s also really important to pay close attention to the cat’s behaviour and posture during interactions, to ensure they are comfortable. When it comes to touch, less is often more. This is not only true during veterinary handling, but also during more relaxed encounters with people.

As a general guide, most friendly cats will enjoy being touched around the regions where their facial glands are located, including the base of their ears, under their chin, and around their cheeks. These places are usually preferred over areas such as their tummy, back and base of their tail.

Signs of dislike or tension:

Whether cats make good “fur babies,” then, is very debatable. Lots of cats do like being touched, but lots probably don’t – and many tolerate it at best. Ultimately though, when it comes to cats, it’s important to respect their boundaries—and the wildcat within—even if that means admiring their cuteness from afar.

Lauren Robin Finka works as a consultant for Battersea Dogs and Cats Home and also writes a monthly column for ‘Your Cat’ Magazine. This article was originally featured on The Conversation.