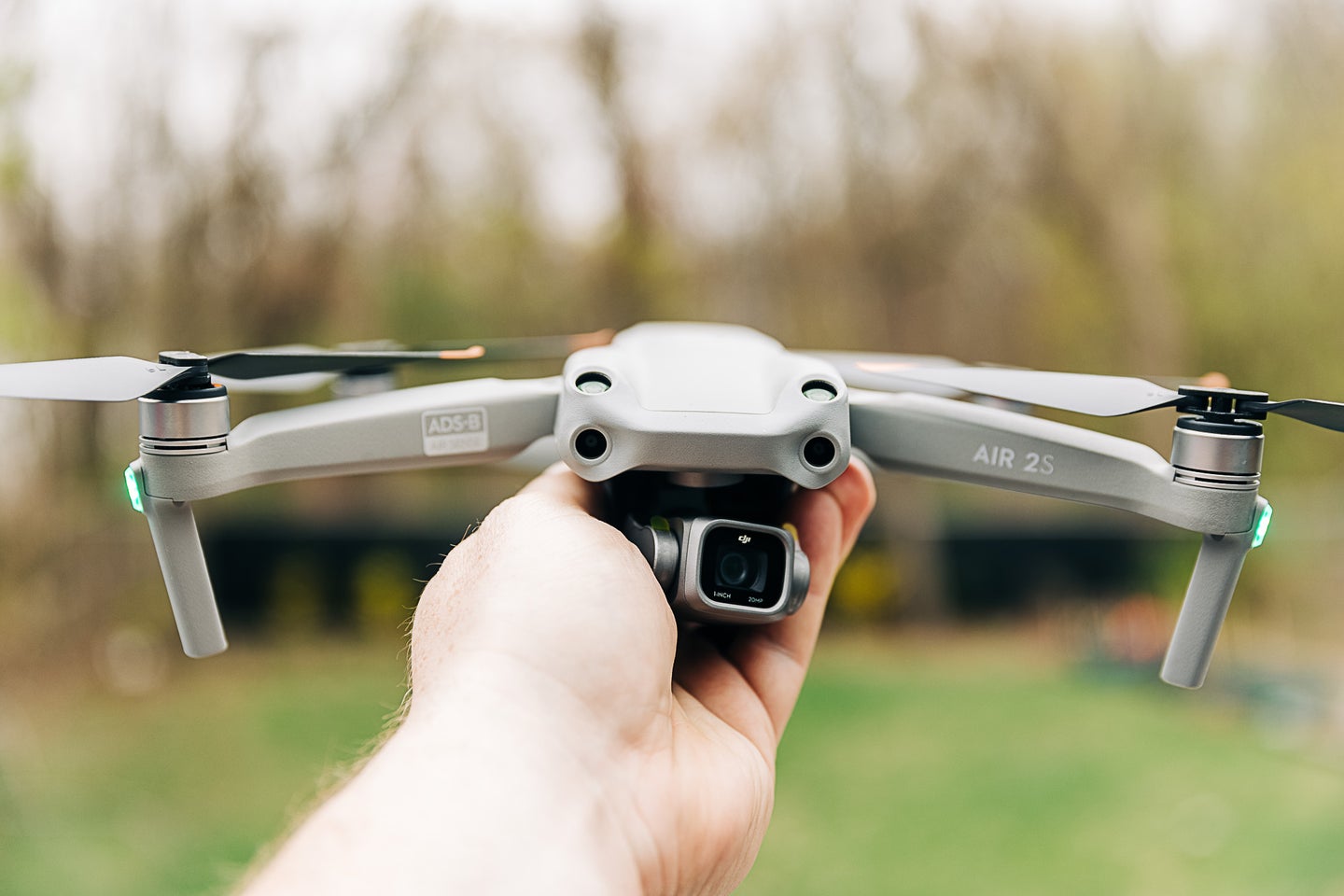 The drone also flies. You don't have to hold it like this all the time. Stan Horaczek
SHARE

Last year, DJI announced the Air 2 drone. It sits between the Mavic Mini and the more advanced (and expensive) Mavic Pro models. While that middle slot can be tough, the Mavic Air 2 actually occupies something of a sweet spot. Now, DJI has announced the Air 2S, which improves upon some of the drone’s most important features, especially the camera.

Camera quality makes or breaks a drone at this level. Its $999 base price makes it a very attractive option for enthusiasts,pro photographers, and videographers looking to dabble or get started in aerial shooting without an enormous investment. For the DJI Air 2S, the company has increased the size of the camera’s sensor up to a 1-inch model.

DJI has offered 1-inch sensors before, but typically only in the Mavic 2 Pro, which starts at $1,599. In addition to the sensor size bump, the Air 2S has also gained some new recording modes and software tricks.

The Air 2S shoots 20-megapixel stills and can now integrate more computational photography into its shooting process. It has a mode that automatically recognizes scenes to choose the right settings, and the HDR mode combines multiple frames together to prevent blown-out skies or muddy shadows. And the 2S now offers a mode called Hyperlight, which is specifically designed to brighten up settings without much light. It’s DJI’s answer to the night mode settings found on many smartphone cameras.

From a video standpoint, the DJI Air 2S can shoot 5.4K video at up to 30 fps, or 4K video at up to 60 fps. It can also maintain a consistent 150 Mbps bitrate in that footage, which means you’ll get lots of pixels, but they will also look good enough for high-end video productions.

Because of the extra resolution, the 2S’s camera now offers more robust digital zoom options. It won’t get you the same image quality you’d experience with a dedicated zoom lens, but the 2S can offer a view between four and six times closer depending on the resolution you’ve chosen.

Four internal antennas combined with DJI’s latest OcuSync tech give the Air 2S a maximum range of 7.5 miles. Compare that to the stock Air 2’s 6.2 miles..

A fully-charged 2S battery will get you up to 31 minutes of flight time, which is actually slightly shorter than the 34 minutes promised by the Air 2.

All four collision detection sensors now offer improved performance when it comes to preventing crashes. Sensors on the front, back, top, and bottom of the craft now recognize objects from farther away to help avoid potential impacts. When it comes to avoiding other aircraft, the company’s Airsense system warns Air 2S pilots of nearby airplanes and helicopters transmitting ADS-B signals to help them get out of the way.

We’ll have a full Air 2S review to share in the coming weeks. For now, however, you can order DJI’s latest flying machine for $999, which includes the craft, a controller, a single battery, and the necessary cables. As usual, however, the Fly More bundle seems like a better deal, especially if you’re buying your first DJI drone. For $1,299, you get everything from the base version, plus a pair of extra batteries, a battery charging dock, a set of neutral density filters for controlling your shutter speeds during video capture, and a bag in which to carry everything.