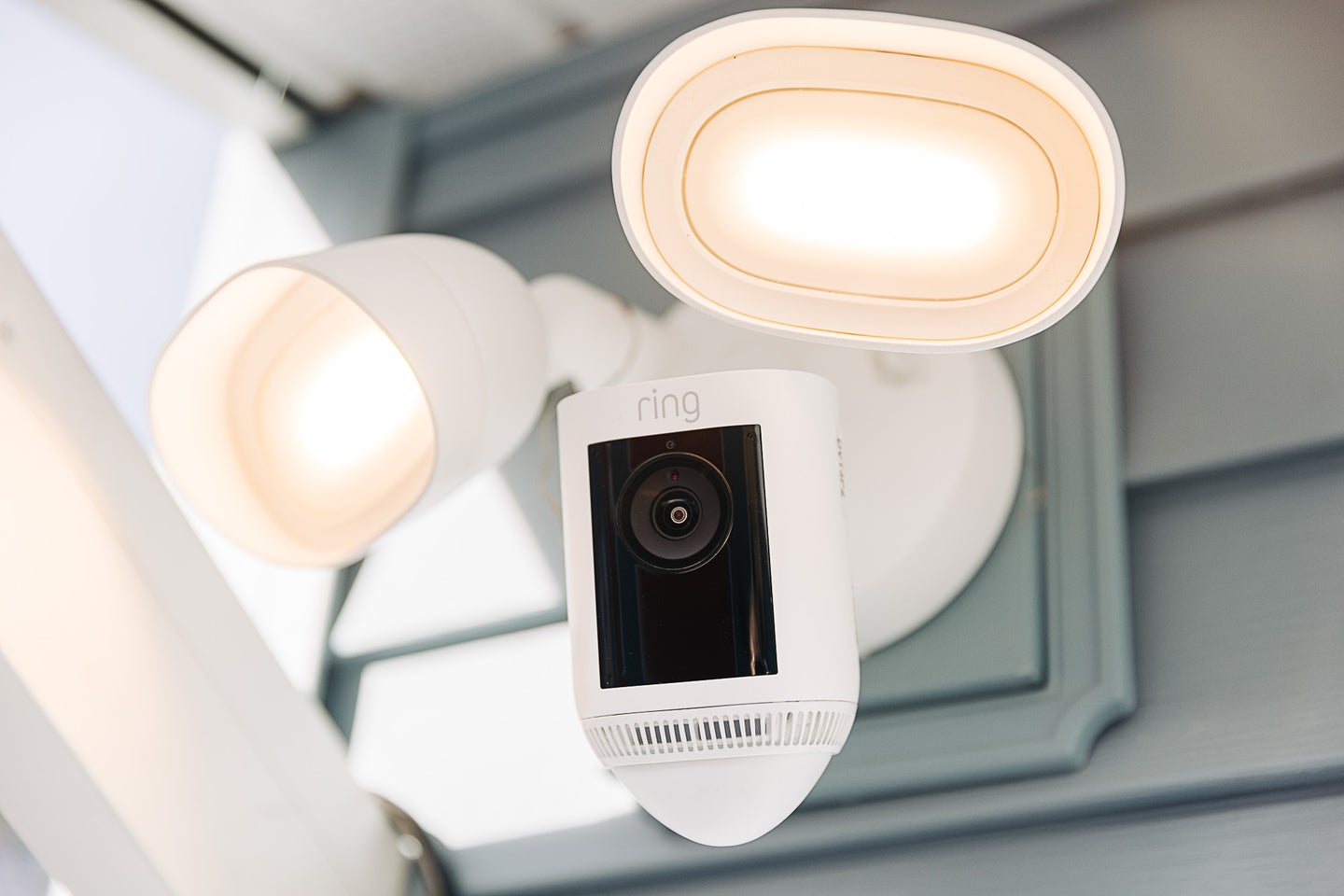 Video doorbells have to walk a fine line when it comes to notifications. With too few, you might miss something you’d like to know about. With too many, your phone will blow up with dings, perhaps thanks to a paper bag blowing around on your patio or people walking by on the sidewalk. Since the beginning, Ring has been trying to refine that process, and with its new flagship doorbell, the $249 Video Doorbell Pro 2 and the new $249 Ring Floodlight Cam Wired Pro announced today, the optical camera gets some help from a new hardware upgrade.

The Ring Video Doorbell Pro 2 and Ring Floodlight Cam Wired Pro now include radar sensors inside. According to Ring’s chief product officer, Jason Mitura, the new radar rig consists of two transmitting antennas and four receivers. It works similar to any other radar system you’d find in a self-driving car. “The two transmit antennas send out a chirp—a wave with a distinct pattern,” he explained to PopSci via phone. “It goes and hits something and reflects back. Then, the receive antennas measure the time and the phase shift of what they receive back, and that allows you to do your calculations.”

Those antennas enable new features like Bird’s Eye View, which provide an overhead map of an object’s path across the doorbell’s coverage area. This extra layer of information can help give owners more context about events happening around their home with the Ring Floodlight. While the Bird’s Eye View feature is still in its early stages, it provides a useful visual demonstration of the more accurate 3D motion-sensing technology. It can now ascertain an object’s location as well as its velocity and the angle of its motion.

While the radar gets the most attention for its flashy new feature, it’s just part of the sensor array and software platform that makes the Ring Pro Doorbell 2 and Ring Floodlight Cam Wired Pro work. The optical camera has gotten an upgrade as well, now offering a taller 1,536 x 1,536 pixel square video that’s much better at keeping track of a package sitting on the ground in front of it and viewing people from head to toe. The camera also has HDR imaging to keep faces from fading into shadow or skies from blowing out when it’s bright. But, according to Ring, the real benefits come from the mixture of optical and radar sensors combined with an ever-upgrading algorithm to crunch all the data that comes in from them.

The goal of this new tech? To prevent false notifications and focus on alerting people to things they do want to know about.

Radar has been popping up in more and more consumer electronics in recent years. Google included it on the Pixel 4 smartphone, as well as its new Nest Hub with sleep tracking. Ring used similar tech in the automated security drone it showed off last year. Self-driving cars regularly use the tech in concert with a host of over sensors, like lidar and cameras, to see the road. That outside investment is what helped drive the price and size down enough to make it fit inside a doorbell.

While optical cameras do a solid job recognizing what’s happening in a scene, radar adds an entirely different method of observation. “Adding more sensors allows us to get closer and closer to 100 percent accuracy,” says Jamie Siminoff, founder of Ring. “For me,100 percent would be a five-year period in which every single thing we alert you about is for something you told us that you wanted.” He knows that’s likely not realistically achievable, but diversifying the types of sensors inside can improve things dramatically.

According to Mitura, radar is a natural companion for an optical camera running computer vision because the two tech methods function differently. “Both technologies work on reflections,” he explains. “Radar works on reflections you can’t see. Computer vision works on reflections you can see. On some level, they’re like opposites.” So, if a particularly reflective object shows up that the optical camera has trouble identifying, the radar may be able to get a better view.

Ultimately, all of the information from the sensor array ends up as data that gets crunched by the on-chip machine learning module as part of a holistic effort to make motion-sensing more accurate.

While these are the first Ring products to include radar sensors, Siminoff expects this tech to play a continued role in the production of Ring Floodlight. Right now, it’s only in the pricier flagship models, but that could change down the line. “My plan is never to keep anything at the high end,” he says. “Over time, I do expect this to go into more and more products. Lower power utilization could help bring it into battery products. Then we can look at other technologies to layer in the same way.”

Just getting radar into this first wave of products, however, proved a considerable challenge. “Calibrating the actual sensor and getting it to work in the doorbell itself was a nightmare,” says Mitura. “It’s super small. It has walls. It has a cover over it. Basically, all these reflections were bouncing around all over the place. We had to figure out a way to integrate the antenna into the doorbell without causing all this interference.” The company tweaked the materials as far as it could before turning to software and writing code that could help filter out some of the unavoidable interference.

That kind of development comes from having hardware and a platform that work well together, which has been Ring’s plan from the start. And while the Ring Doorbell Pro 2 and Ring Floodlight Cam Wired Pro already offer upgrades in motion-sensing accuracy, the company says it’s only the beginning. “I’m excited about what we’ll be able to do in a year or two as we have more time to develop it,” says Siminoff. “For us, the five-year goal is to deliver better context, faster. When someone opens the app, can they digest the information about what’s happening in and around their house without looking at a bunch of cameras?”

Mitura is similarly excited about the future possibilities. “These are the early days for this,” he says. “The beauty of OTA [over-the-air updating] is that we’ll be able to do some magic to these things over the years.” While future promises are typically best taken with a grain of salt when it comes to gadgets, Ring already has a solid track record of adding lots of features, even to its oldest hardware via updates. Obviously, some of the older models won’t have access to radar, which makes this new generation a milestone for the company, but it still plans to keep updating its hardware to work together. It will get better and better at ignoring that pesky raccoon on your patio.