A beginner’s guide to buying your first drone

Take to the skies. 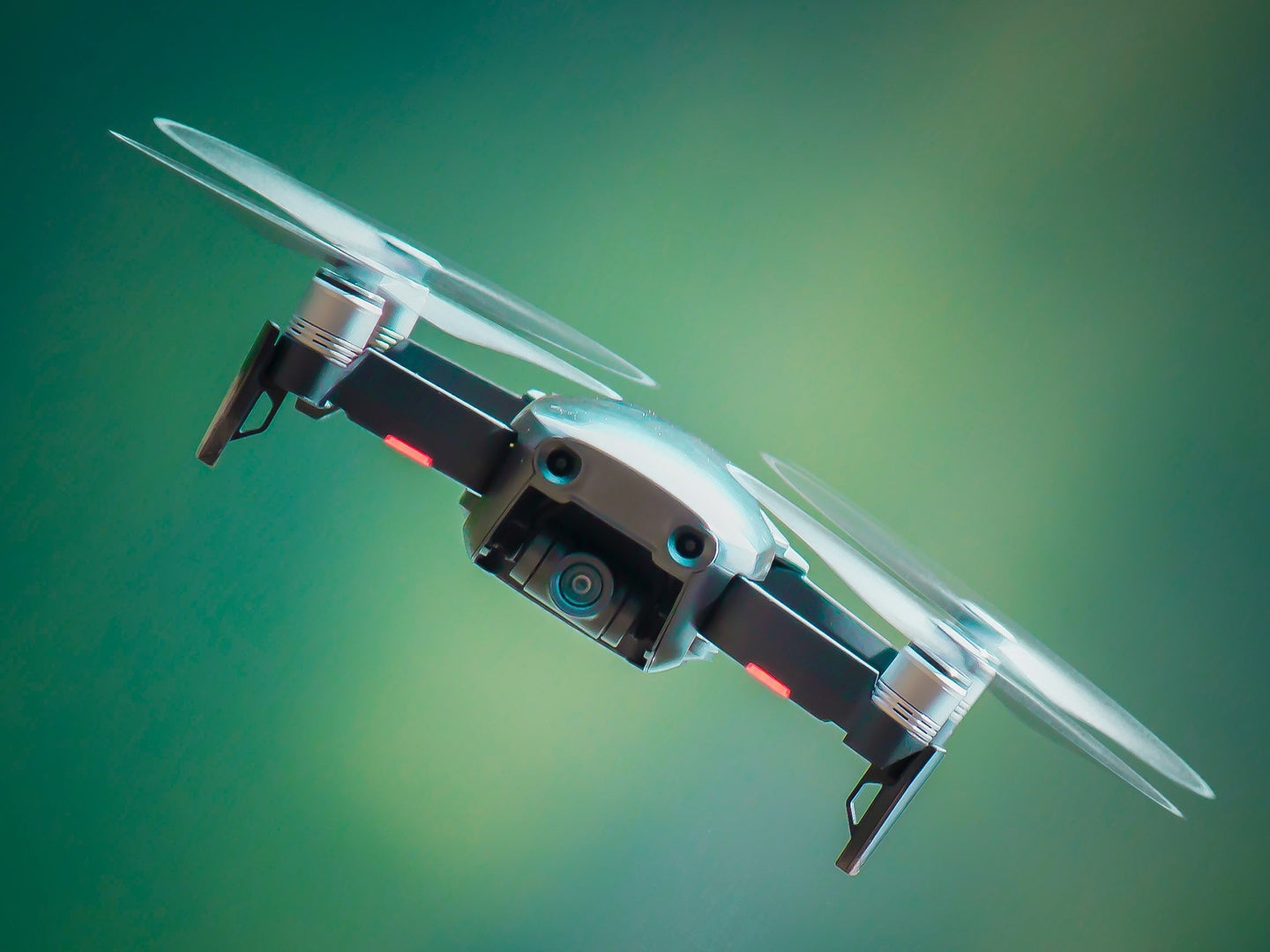 One of the most exciting and innovative bits of tech to emerge in recent years, drones let you survey your surroundings from on high, and they take magnificent aerial images. If you suddenly have the urge to own one, know that these petite flying machines are relatively affordable, so this is a good time to finally take to the skies.

Whether you’re upgrading your existing drone or buying your very first model, you’ve got a whole host of options to choose from. There’s something for every budget and requirement out there—you just need to know where to start.

When it comes to buying drones, you don’t have to consider as many makes and models as you would when picking a new smartphone or fitness tracker. In fact, you can put most drones into two broad categories: large outdoor fliers, and smaller ones that will either have a lower-resolution camera or none at all.

Which one you choose will depend on your needs. For some, a drone isn’t worth getting unless it can capture jaw-dropping footage from the skies in the outdoors. But for others, controlling a cool airborne machine is enough—they’re happy to play inside and sacrifice some picture quality in exchange for a lower price tag.

Another difference is how you fly them. Larger drones will typically have their own controller, allowing users to operate both the machine and the integrated camera usually attached to them. On the other hand, smaller toy drones don’t have controllers, so you’ll be able to steer them directly through an app on your phone.

Lately though, the outdoor, higher-end models have started to split into two sub-categories—budget and premium. More expensive drones will fly for longer, shoot better video, and come with more advanced features, such as being able to automatically spot and avoid obstacles. However, the lines between these two sub-categories aren’t always distinct.

Finally, there are two other types of flying gizmos you should have in your radar: racing and professional drones—though these are designed for advanced users. Those in the first group are geared toward speed-conscious consumers, and often come in kits with parts that buyers have to assemble. Professional drones, on the other hand, are a common tool in the arsenal of broadcasters and filmmakers because they deliver fantastic video quality. This is also the reason they come with a higher price tag going up several thousand dollars. If money is not an issue, both types of drone offer better specs and speeds, but if you want to take full advantage of these machines, you seriously need to know what you’re doing.

But before you start thumbing through specifications and feature lists, consider what you’d actually like to do with a drone, or at least how much money you plan to spend. Do you want to have some fun buzzing a little copter around the living room and garden? Or would you prefer to head to the great outdoors and nab sweeping landscape photographs? Once you’ve decided on a priority, you’re ready to start picking a drone.

Features to look for

The sticker price won’t give you an exact indicator of a machine’s quality, although it will provide a quick, approximate, assessment of which drones are better than others. In general, more expensive drones will fly longer and farther, take better images, and come with more bells and whistles. But to make a more informed decision, you’ll need to get specific about specs. Let’s take a look.

Just like a smartphone, a drone will eventually run out of juice, and flight times between charges struggle to surpass 30 minutes, even on the best models. You can always carry an extra power, but if you think you might need to do so, make sure to include the cost of spare batteries in the total price.

You may come across this term when perusing a listing. Brushless motors cost more than brushed ones, but in exchange, they offer quieter operation and possess a longer lifespan, which means you won’t have to replace them as often.

If you want the best-quality footage possible, camera specs should be a big consideration, so make sure to look for the photo and video resolution. Most decent-size models—not including toy drones—now come with a built-in camera, but some allow you to attach your own. If you’re still a beginner when it comes to capturing high-res photos and videos, check out our guide to choosing a digital camera.

Starting to fly a drone can be tricky, so for beginners, some models offer headless mode. It means that when you push the controller stick one way, the drone will move in that direction relative to you, rather than relative to where the joystick is pointing.

At the premium end of the drone market, you’ll find models with integrated GPS, which lets the machines know where they are in the world. This upgrade helps your drone find its way back home with a feature aptly called return-to-home or RTH. An integrated GPS also improves the drone’s general stability and navigational skills, allowing a lot of them, for example, to easily hover in one place.

This feature lets your drone track you across the ground or ocean, so you can concentrate on your mountain biking or kite surfing while your aerial pal tags along recording your progress. Certain drones do this better than others, so check in with user reviews to see how well the mode works in practice.

As drones go up in price, you’ll notice they start having something called an integrated gimbal. This support just keeps the camera steady while it’s moving around in high winds and elevated altitudes. Smaller toy drones won’t have this attachment, but they don’t really need it—they spend most of their time indoors or at lower altitudes. If you want the best video footage and photos, make sure the drone includes a gimbal.

A premium feature on some premium drones, obstacle avoidance will cost you money but it might be the only thing protecting your drone from crashing into a tree. As with follow-me mode, some drones do this better than others, so as well as noting whether a model has this ability, check the reviews online to see if it actually works as advertised.

A drone’s range tells you how far from you it can move before you lose control. More expensive, professional-level drones have greater ranges, going beyond the outskirts of your living room or backyard. However, no matter how far your drone can stray, bear in mind that Federal Aviation Administration rules requires you to always have an eye on your drone to avoid it from damaging property, animals, or even people.

We won’t provide an exhaustive list of all consumer drones, but we will help you with a selection of good options so you can get a better idea of what’s available. Whichever drone tickles your fancy, though, there’s a curve on knowing how to operate these gadgets properly, so make sure to be patient and take your time to learn the ins and outs of how it works.

And before you send your new toy soaring into the skies, read through the FAA’s rules for operating drones. This government agency regulates unmanned flight, and says users must keep their machine in sight at all times and below 400 feet.

Finally, when you first launch your drone, start off slowly and carefully. This will not only keep the people around you safe, but also protect your new gadget.

The DJI Mini 2 is at the lower end of the outdoor, consumer drone scale. It costs a relatively affordable $449, but still comes with a gimbal-mounted 4K camera. It’s capable of an impressive 31 minutes of flight time, with a range of a little more than 6 miles. On top of the rather appealing price, it’s light too, weighing in at just under 249 grams, or 0.55 pounds, which means you don’t have to register it with the FAA.

At $1,599, the DJI Mavic 2 Pro definitely has to be registered with the authorities, and shows what three times the money gets you. It has substantially improved camera optics compared to the Mini 2, can fly at 45 mph, and sense and avoid obstacles in any direction. While the flight time and range is the same as the Mini 2, the Mavic 2 Pro offers more features, such as panoramic photos and compatibility with the DJI Goggles for a drone’s-eye view of the world.

Parrot’s drones for both consumers and professionals are well known for their value-to-money ratio, and you can pick up the excellent ANAFI online for a little less than $600. In return, you get a gimbal-equipped 4K camera capable of 180-degree rotation and 2.8-times zoom, up to 25 minutes of flight time, and an operating range of around 2.5 miles. It can also track subjects and keep them in the frame automatically with its follow-me mode.

Another drone at the top end of the scale, the Autel Robotics Evo II comes in at just under $1,500 online. Its whopping 8K video resolution, though, manages to beat most other drones, and you also get 40 minutes of stable, gimbal-assisted flight time. The drone has an impressive range of 5.5 miles and omnidirectional obstacle avoidance, making it one of the most capable drones out there.

At the opposite end of the price spectrum, the Holy Stone HS210 Mini comes in at a very affordable $30 and is a lot of fun to use around the house. It can hover in place on its own, it comes with its own dedicated controller, and flight time on a single charge is around 7 minutes, which is why you get two extra batteries. It offers an easy-to-fly headless mode and is perfect for drone races around the porch or up the stairs.