GoPro's newest action camera keeps it simple, with no screen and no battery. 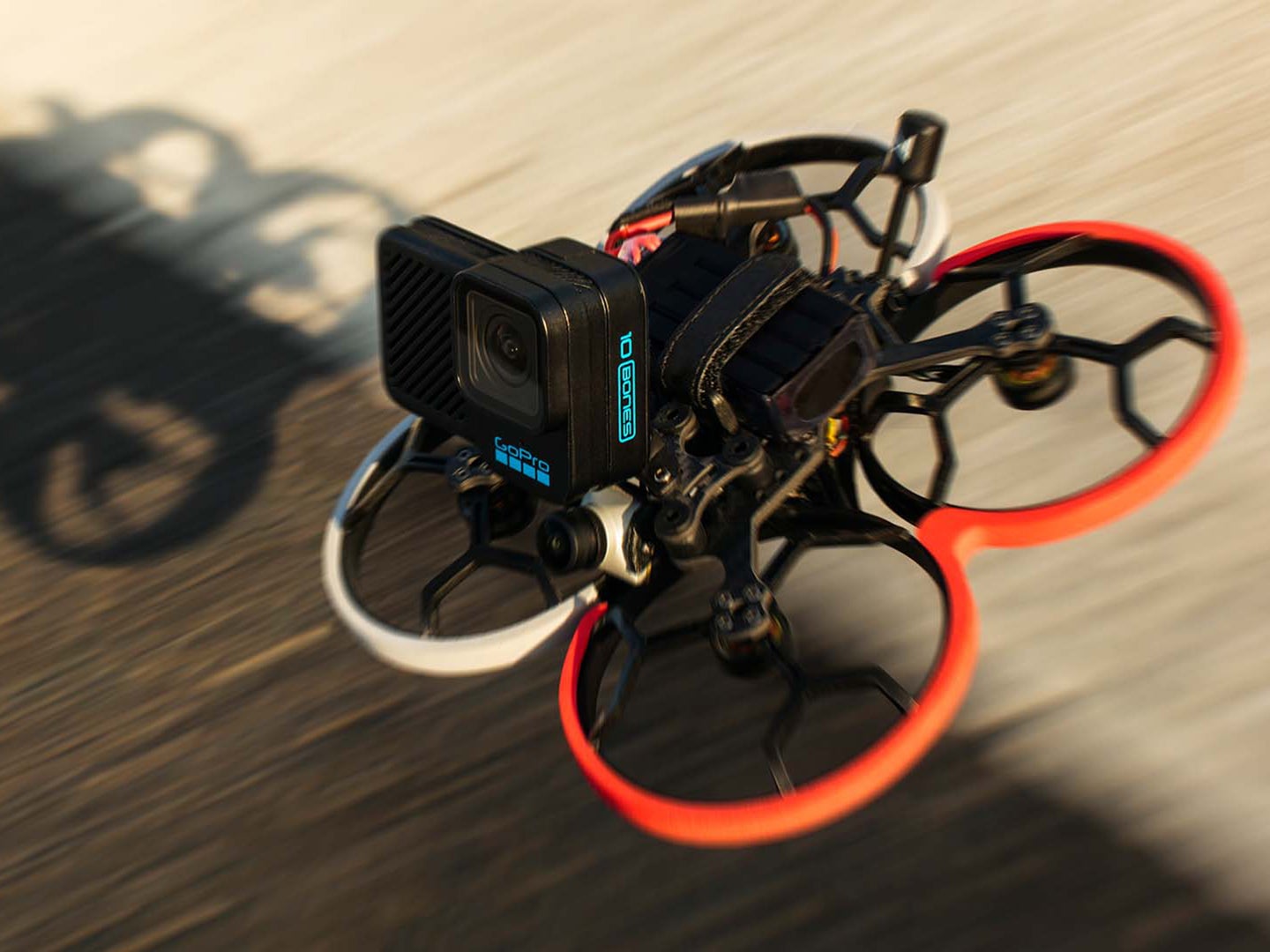 GoPro has just announced a surprising new camera: a stripped-down version of its Hero10 Black called the Hero10 Black Bones. For an extra $50, it weighs a lot less but doesn’t come with a battery or screen. Confused? Here’s what you need to know.

What is the Hero10 Black Bones?

Who is the Hero10 Black Bones for?

Okay, so there is a reason that GoPro is stripping out a load of headline features from its flagship action camera and then charging an extra 50 bucks to save 3.5 ounces.

The Hero10 Black Bones is designed exclusively for first-person view (FPV) drones—the kind of drone that’s often used to shoot footage like Tesla’s recent fly-through of its Gigafactory in Berlin or the video of a drone flying through a bowling alley that went viral last year. These drones normally have a low-latency camera connected to a VR headset so the pilot can fly, and a second camera (often a GoPro but sometimes a 35mm film camera!) to capture high-quality footage.

In an interview with The Verge, GoPro Head of Product, Pablo Lema, explains that many of these FPV pilots have already taken to chopping the bits they consider unnecessary off their GoPros in an attempt to lighten them so the drone can stay in the air longer. The DIY approach, however, is not without its downsides. According to Lema, this often leads to the camera overheating, especially on takeoff or landing.

The Hero10 Black Bones is GoPro doing the weight saving for FPV pilots, and adding a heatsink and some venting to solve any overheating issues. Sure, as a niche product it is a bit more expensive, but it still has a warranty unlike a Franken-GoPro that someone has taken a knife to.

How does the Hero10 Black Bones work without a battery?

In a word: soldering.

The Hero10 Black Bones is designed to be connected to your drone’s battery through its Power Connector port. It’s got a built-in regulator circuit so it can run off anything from 5V to 27V, depending on what LiPo battery is keeping your drone in the air.

How do you control the Hero10 Black Bones?

Since there are no screens, controlling the Hero10 Black Bones is a little different. There are a few ways though:

How to buy a Hero10 Black Bones

To get the most from it, however, you’ll also need your own custom FPV drone—and some soldering skills.