You don't need to be a pro to get these results. 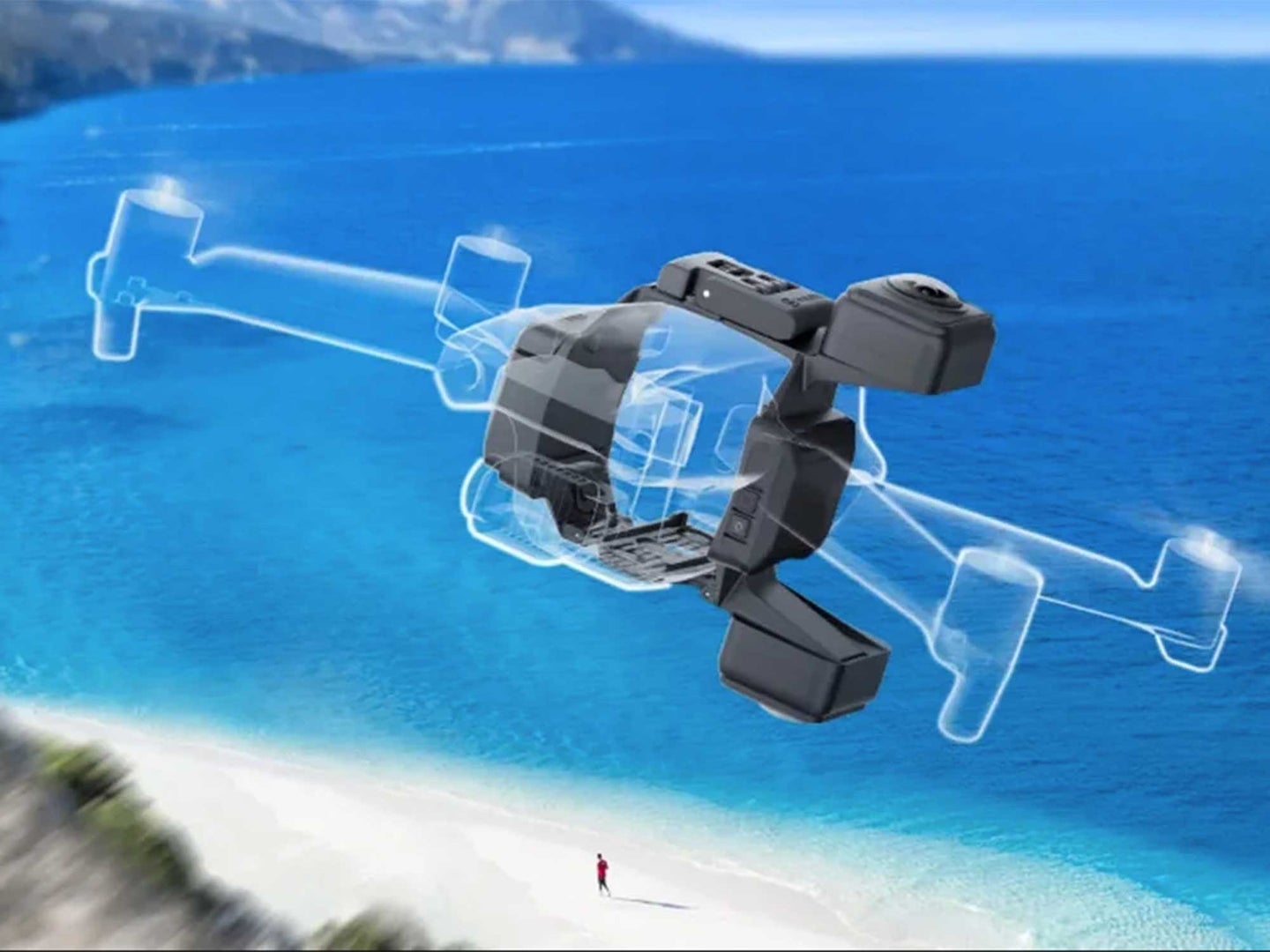 This article was originally featured on PopPhoto.

Drone enthusiasts know that the DJI Mavic Air 2/2S is equipped with a great camera, but there’s a catch: it can only shoot flat footage. For those wanting a 360-degree view on their flight, Insta360 recently released the Sphere, a 360-degree drone camera that allows creators to capture crazy footage by attaching the dual camera to the drone and then adding the desired effects after the flight.

One of the challenges of recording such footage is the requirement that the drone pilot have deft mastery of their aircraft to create the dramatic dives, swoops, twists, and turns. Insta360 Sphere now puts that ability in the hands of less-experienced drone operators by capturing every angle with the ability to add effects during the editing process.

How the Insta360 Sphere works

Mounted on a DJI Mavic Air 2/2S drone, the Sphere captures 360-degree 5.7k footage as the craft flies. The operator does not need to execute any maneuvers to capture unique perspectives. Piloting the drone forwards and backwards more than suffices as the Sphere does all the heavy lifting.

This is what video shooters call an “invisible” camera. Ordinarily, a 360-degree camera will capture the drone in its field of view, which requires extensive editing in post-production to remove. The Sphere employs a pair of cameras—one facing out from the top of the craft and the other pointing down from the bottom, attached to the drone with a locking mechanism. This arrangement cuts the drone from the image completely.

Insta360 claims the Sphere won’t disrupt the drone’s GPS signal nor remote control. This is a worthy highlight, as a previous product, the One R Aerial Add-on, blocked the Mavic 2’s GPS signal, which made flying considerably more challenging for amateurs.

Insta360 employs its proprietary image stabilization system, FlowState, which is also used in other products such as the One X, X2, and Go 2. FlowState promises to reduce shakes and vibrations, even in windy conditions.

Intuitive framing tools allow you to readjust the angle and direction of the camera in post-production using either an app or your desktop. You also have the ability to create multiple edits from the same flight using the video captured by the Sphere and the drone’s own camera. With just a tap, the software can simulate complex aerial cinematic techniques like daredevil barrel rolls and dolly zooms with a simple command.

How to buy the Insta360 Sphere