2012 Invention Awards: A Powerful, Affordable Mister to Save Overheated Firefighters

A revitalizing cloud of mist for overheated firefighters 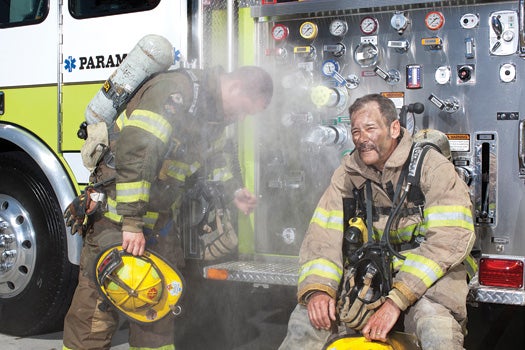 One evening last fall in Heiskell, Tennessee, Michael Robinson was battling a house fire when he saw a fellow firefighter struggling to pick himself up off the ground. The man, who was wearing 70 pounds of gear, was delirious from heat and overexertion. Robinson rushed to his side, removed him from the area, and cooled him down as best he could with wet towels. Very slowly, the firefighter’s core temperature returned to normal, and eventually he recovered. But, Robinson says, the outcome could have been much worse.

Heat stress increases firefighters’ risk of sudden cardiac arrest, which accounts for about half of all line-of-duty deaths. Well-funded fire departments use misting fans and cooling vests to prevent crew members from overheating. But the Heiskell Fire Department, like many others, can’t afford a paid crew (71 percent of all firefighters in the U.S. are volunteers). Its tight budget leaves little room for anything beyond wet towels.

After the incident, Robinson resolved to find a better way to cool down on the job. Misting fans help, but besides their high cost, they require an external power source, take up space on the truck, and need a lot of setup time. Robinson thought of a simple solution. Why not turn the discharge caps that cover the hose ports that are standard on all fire trucks into water misters? A typical truck has six to eight ports that connect to an onboard water tank, one or two of which usually sit idle during a fire.

A few weeks later, Robinson went to a friend’s fabrication shop to build a prototype, which he named HeatSeeker. He machined six holes in a brass discharge cap and screwed in six standard mister nozzles from Home Depot. Back at the station, he screwed the device onto one of the trucks, turned on the water, and watched a cloud of mist large enough to envelop two firefighters waft from the nozzles. The fog can cool the surrounding air by 30 degrees, and the misting nozzles use just two gallons of water an hour. Robinson’s invention worked so well that his captain asked him to make them for the 15 other trucks in the fleet.

Robinson has since built more than 50 HeatSeekers for other fire departments. He’s even adapted a cap for fire hydrants to cool children down during the summer and one for garden hoses to cool people in outdoor spaces such as concert venues. Anywhere heat can kill, he says, his invention can save lives. 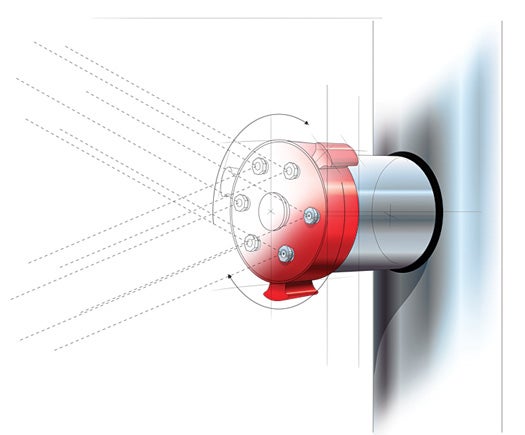