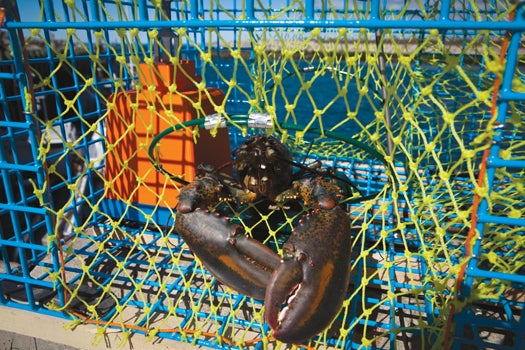 During a regular fishing season, most lobstermen can afford to check and rebait their traps only every three or four days. Each run to the traps can cost as much as $600 for fuel and take 18 hours of work. But three or four days can be more than enough time for lobsters to eat the chunks of herring or mackerel that serve as bait. With no bait left, lobsters don’t enter the trap and fishermen are left with a smaller catch. Thus, the millions of traps that dot the Atlantic from Newfoundland to North Carolina remain empty about half the time.

Vince Stuart, the owner of a Nova Scotia company that makes winches, gantries and other fishing-boat rigging, first heard about the lobstermen’s problem from his clients on the docks in 2003. He soon began building the Bait Savour, a device that would release an extra supply of lobster bait a few days after a trap was laid. It allows the lobstermen to check their traps less frequently (about once every five days instead of every three or four), saving time, labor and fuel.

Stuart’s early prototypes were too expensive to produce, so in 2010 he turned to iDLab, a laboratory at Dalhousie University that helps inventors bring products to market. Together, Stuart and iDLab director Matt d’Entremont came up with a new design consisting of a base that attaches to the bottom of a standard lobster trap, a metal spike on which lobstermen could impale their bait, and a buoyant, injection-molded dome that closes over the spike and seals at the base.

For the time-release mechanism, Stuart and d’Entremont designed a fuse—a strip of recycled fish parts that biodegrade in water—that slips into a cutout in the side of the spike and locks the dome in place. When the fuse dissolves, the dome pops up, revealing the new bait. To vary the release time, they change the fuse’s composition or cut off part of it so that it contains less material. Bait Savours with fuses that last around 80 hours will go on sale later this year, and the inventors plan to make additional versions that last for longer and shorter durations.

Lobstermen who have seen the prototype say that the $50 Bait Savour could pay for itself once it attracts just a few lobsters that an unbaited trap wouldn’t. The device should make their jobs easier, too. “It cuts your number of days in half,” says Victor Normandthibault, a 25-year veteran of the Nova Scotia lobster-fishing business. “You’d be saving a day’s work and a day’s fuel.” 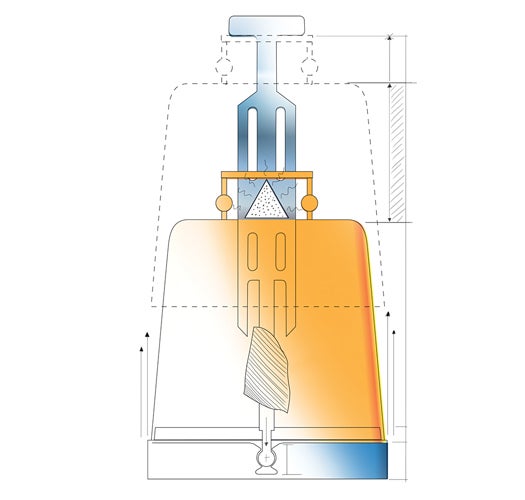 Bait Savour: How It Works

A biodegradable fuse slides into a triangular cutout on the Bait Savour’s metal spike. When the fuse dissolves, the dome floats up, exposing the bait.