My Visit from The Great Internet Migratory Box of Electronic Junk

Perhaps you’ve heard of TGIMBOEJ? The Great Internet Migratory Box of Electronic Junk is a great concept: a few USPS... 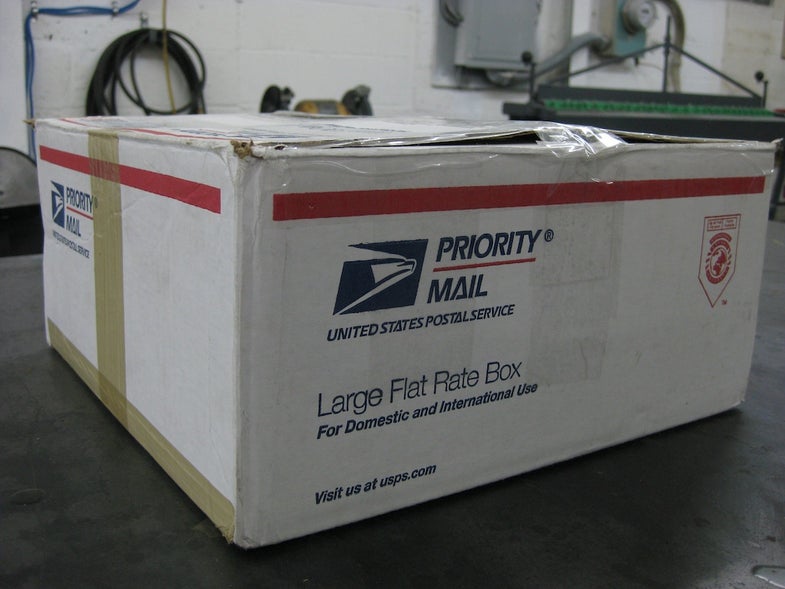 A box of junk arrives, courtesy of the USPS. Vin Marshall
SHARE

Perhaps you’ve heard of TGIMBOEJ? The Great Internet Migratory Box of Electronic Junk is a great concept: a few USPS medium sized flat rate boxes floating around amongst the country’s electronics nerds. A sort of cross-pollenation for junk bins.

A box of junk shows up on your door step. Take what you want, add some new gems, and send it back on its way. One of those boxes just arrived here at TE Motorworks.

I’ve heard plenty about TGIMBOEJ. Partly because it is a great idea, and partly because it seems like one of the inevitable secondary effects of a TGIMBOEJ visit is an article about it. Like this one.

In 2008, the “Evil Mad Scientist Laboratories” started this project, which they described as “a progressive lending library of electronic components.” From its inception, the project has grown, apparently largely on its own. The tracking page of the TGIMBOEJ wiki site now lists over 50 boxes in play. The box coded “Grey-E” that arrived here had a few gems, a few bits of junk, and a bunch of stuff that was neither. I added a few things I hope will be useful to someone farther down the line.

What I would really like to see, however, is some documentation of things made with parts harvested from this roving personal flea market. I’d like to suggest a Flickr pool called “Made From TGIMBOEJ”. Right now, it is looking pretty lonely. I’m hoping some of PopSci’s readers will beat me to it and add some pictures before I do, as it’s going to be a while before I find time to do anything with my new junk. 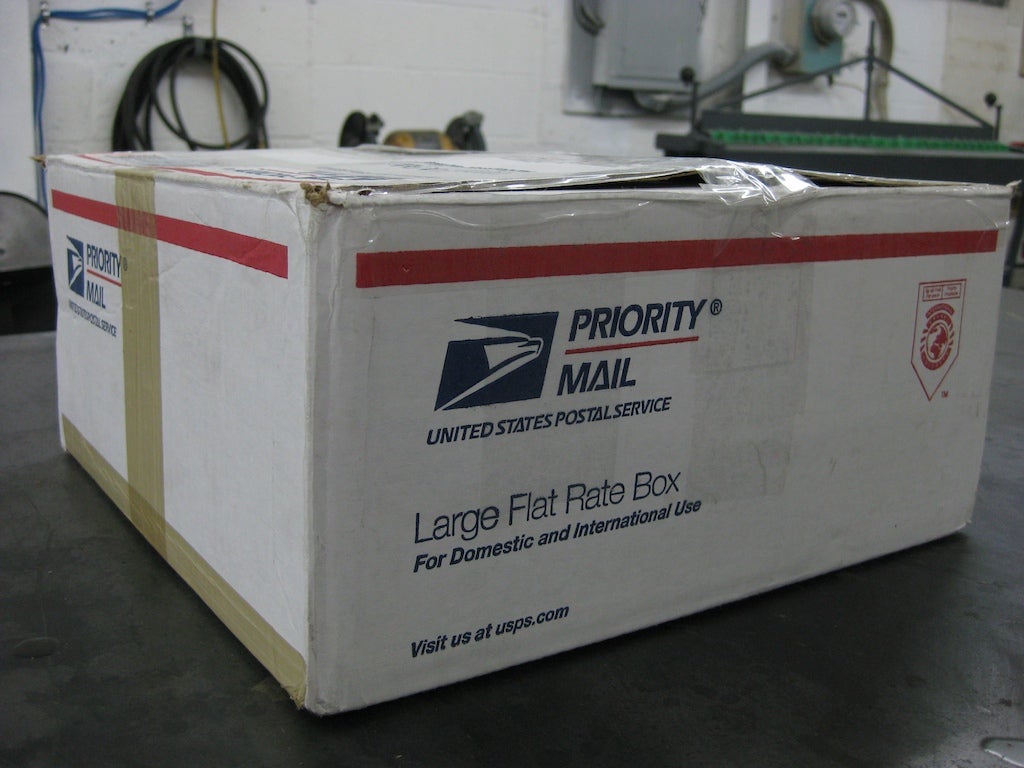 A box of junk arrives, courtesy of the USPS. 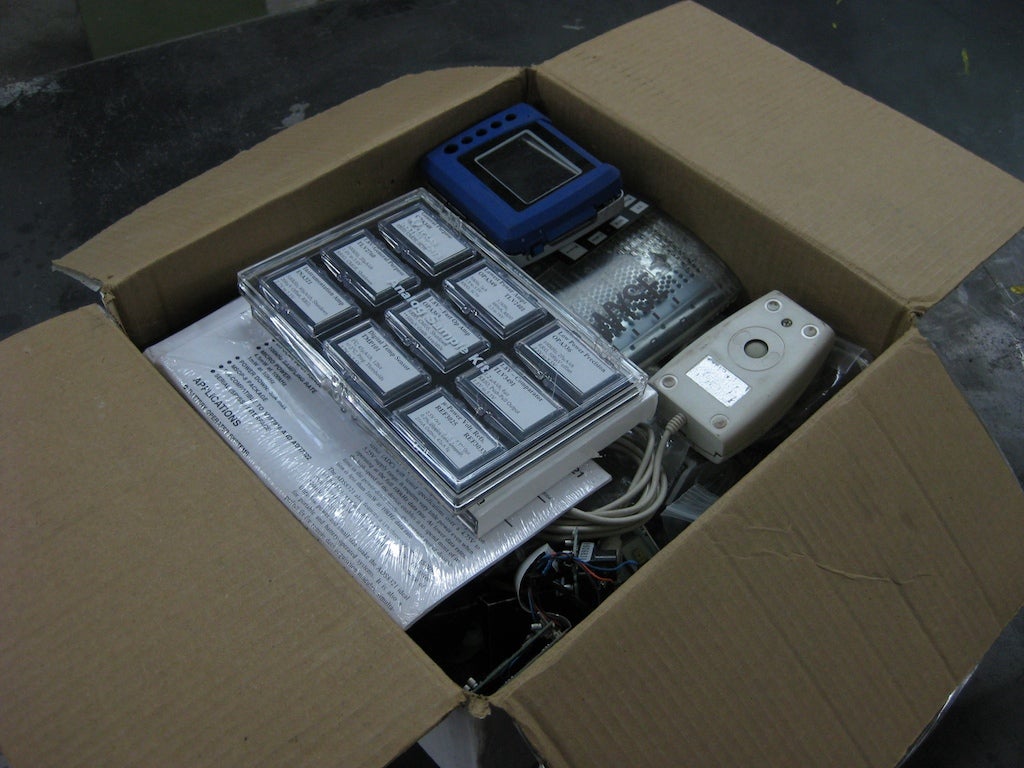 There is probably only a fairly small group of people who would receive a box like this with excitement. But I’m glad there’s at least a small group. Otherwise I’d feel like some kind of weirdo nerd. 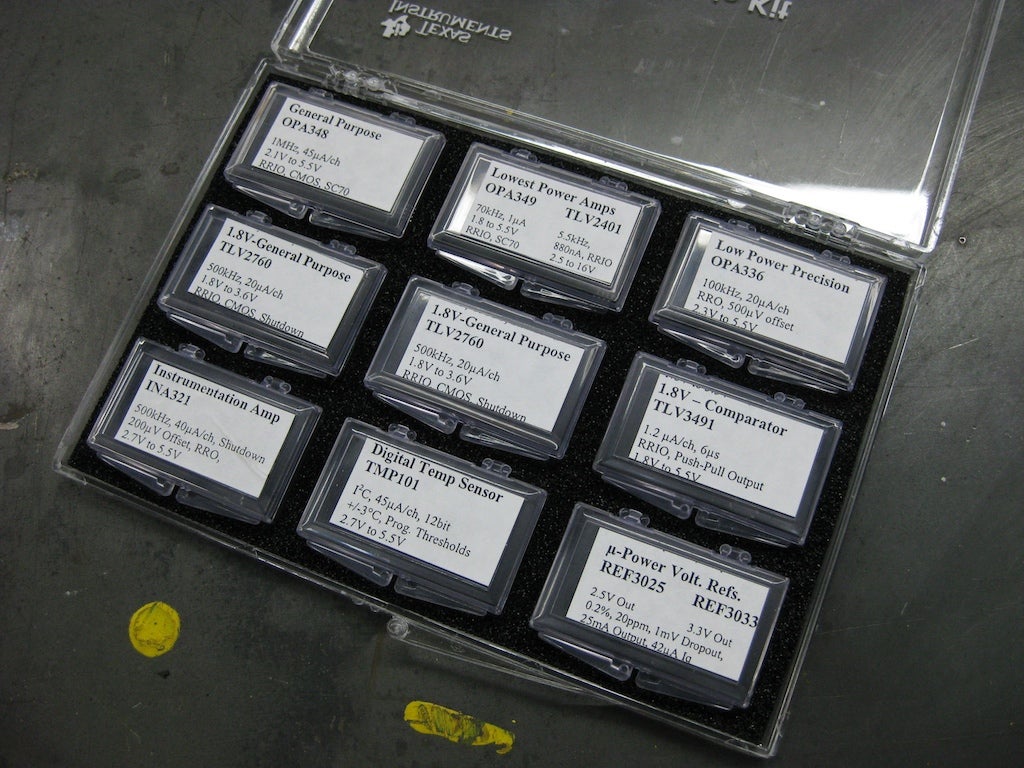 Someone was kind enough to contribute a good selection of Texas Instrument ICs including opamps and comparators. 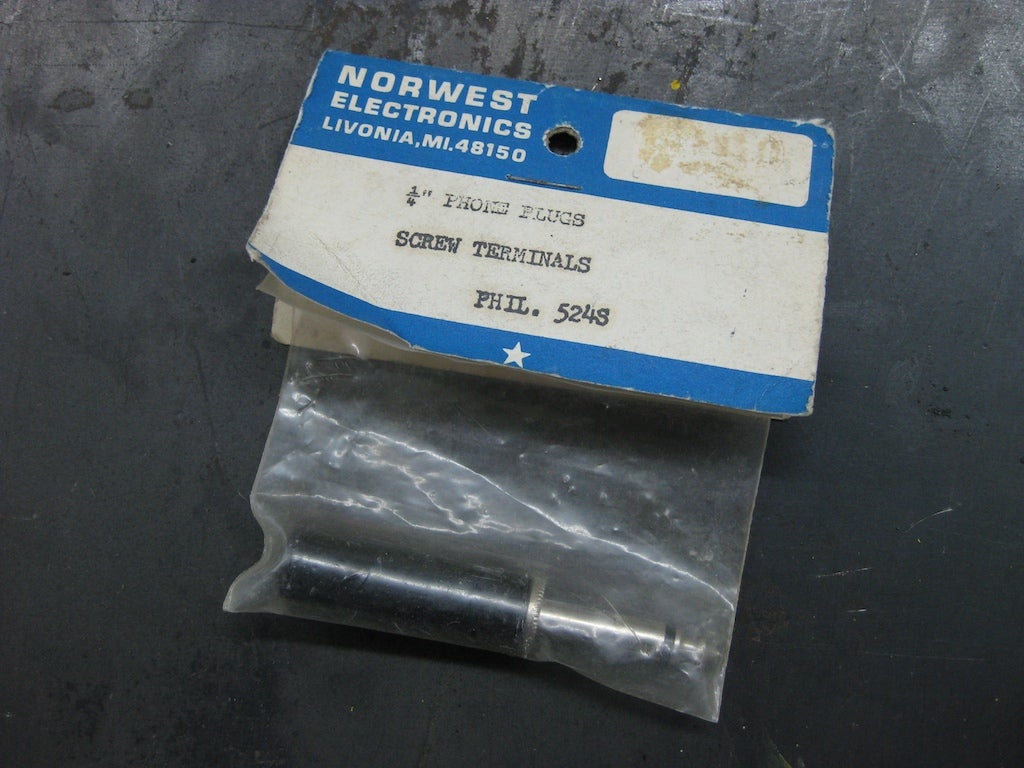 Courtesy of Josh Kopel, the same person who added me to the TGIMBOEJ recipient list. Thanks Josh! 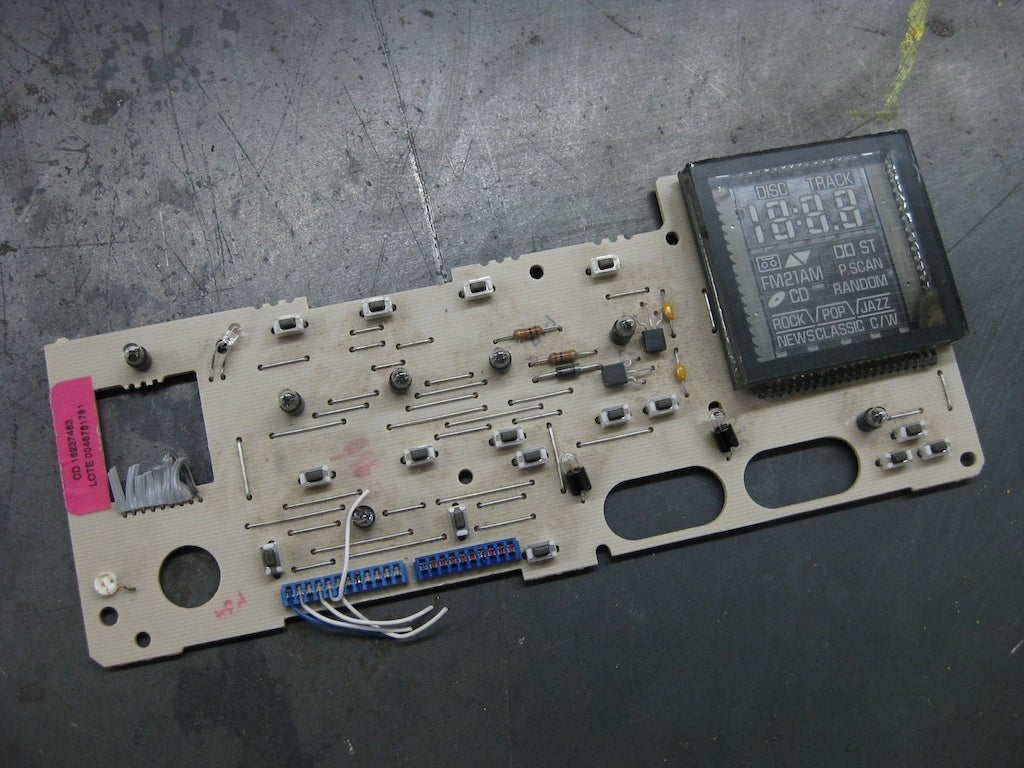 This looks like the display module from a cheap boom box or stereo. Kind of cool, if your intended application has a need to display things like AM, FM, and Jazz. 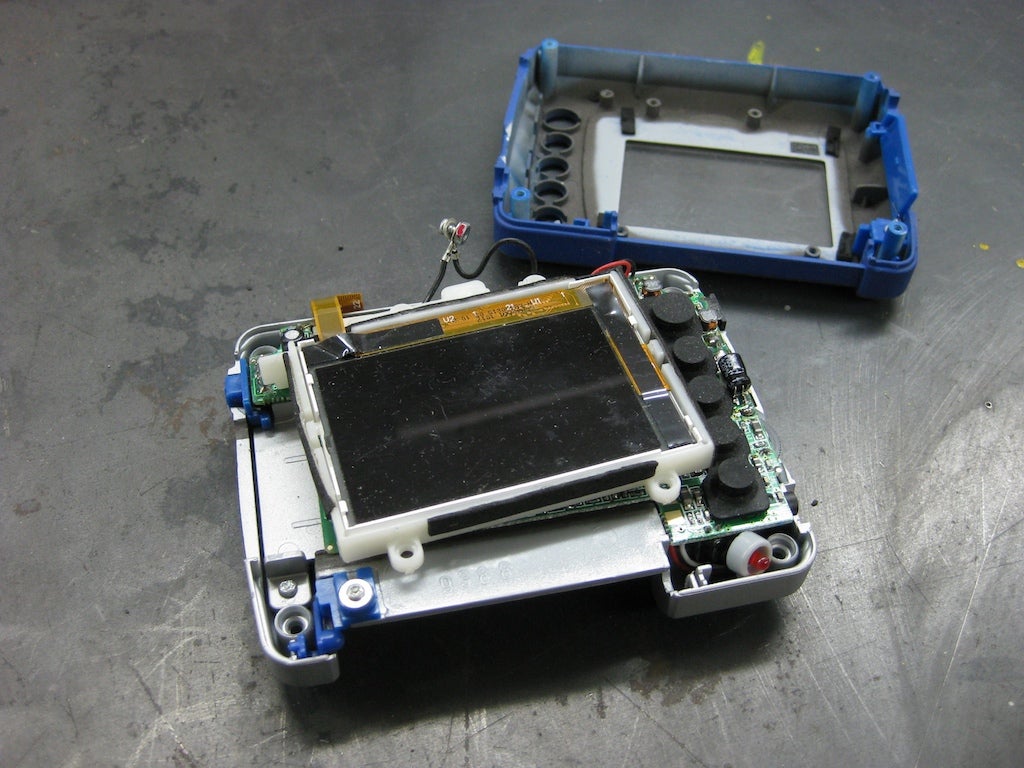 A multimedia toy running a version of linux. I didn’t take it because I don’t have an immediate use in mind, but someone is going to have some fun with this one. Juice Box on Wikipedia. 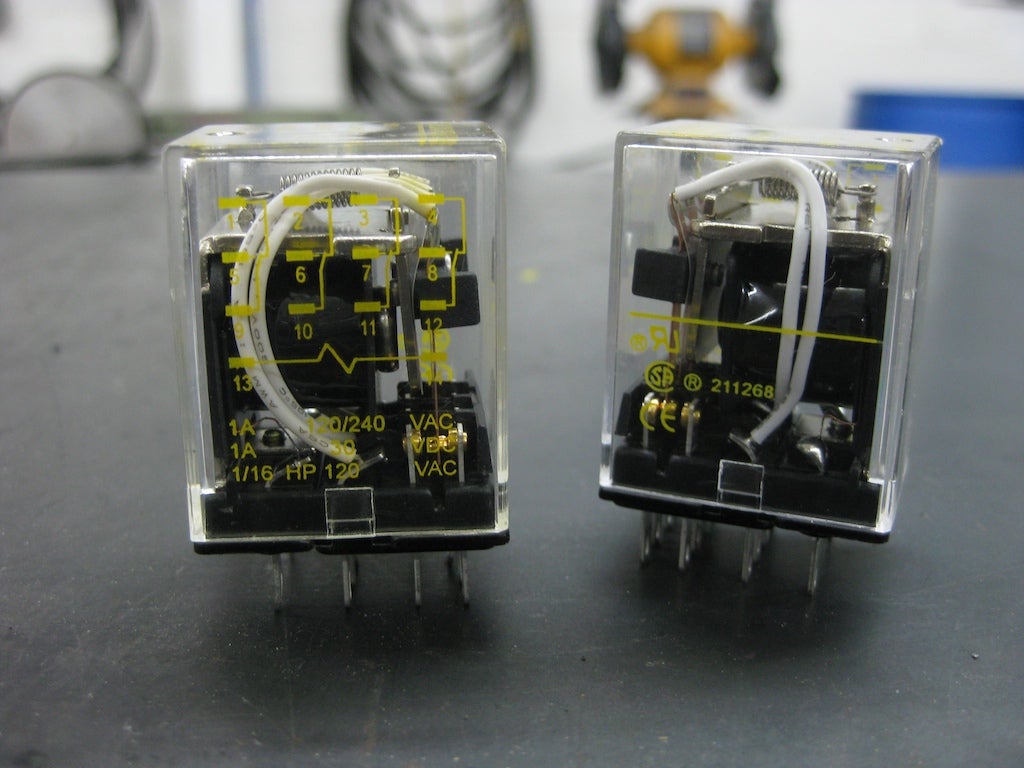 Square D is a major electrical components manufacturer (Things like industrial motor controls, switch boxes, circuit breakers, etc…). These are two 24 VDC relays that they made. 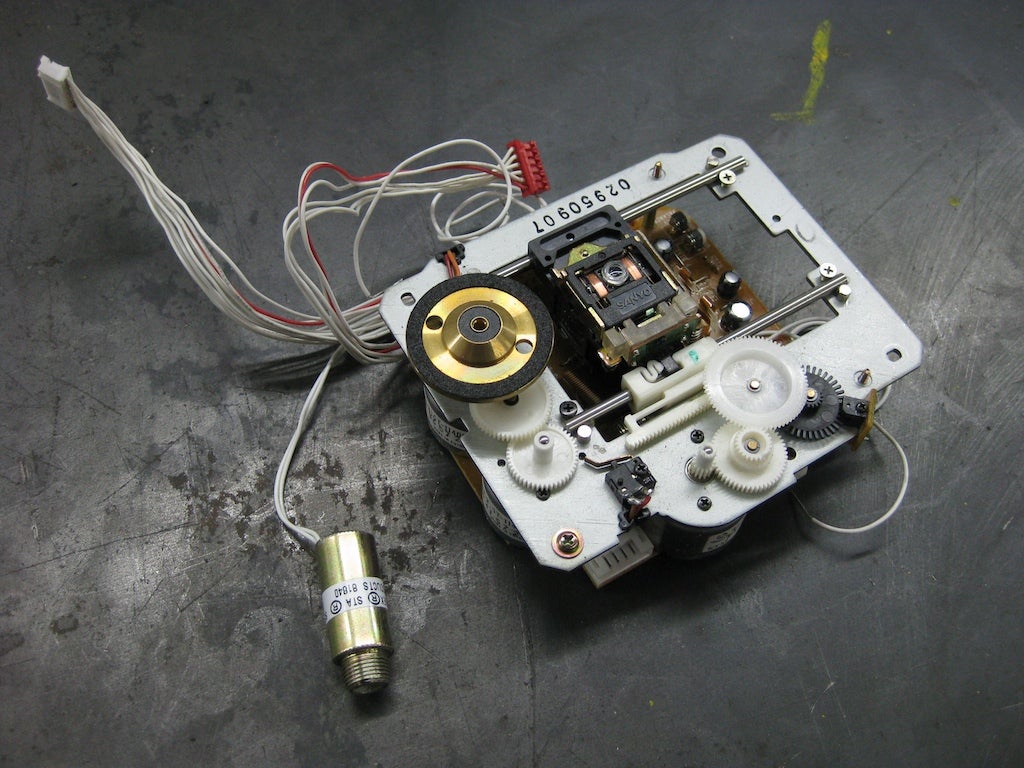 Motors, gears, shafts and guides for linear movement, an eye, and LASERS. Good stuff for someone. 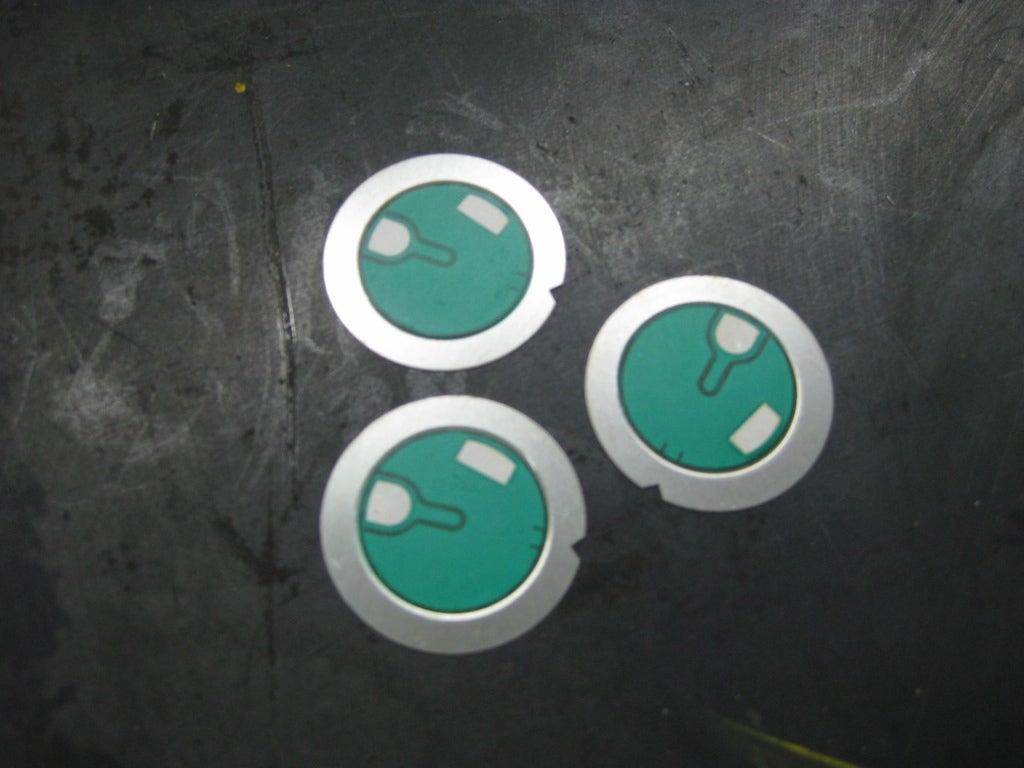 I’m stumped on these. Can anyone identify them? Who put them in? From what did they come and/or for what are they used? 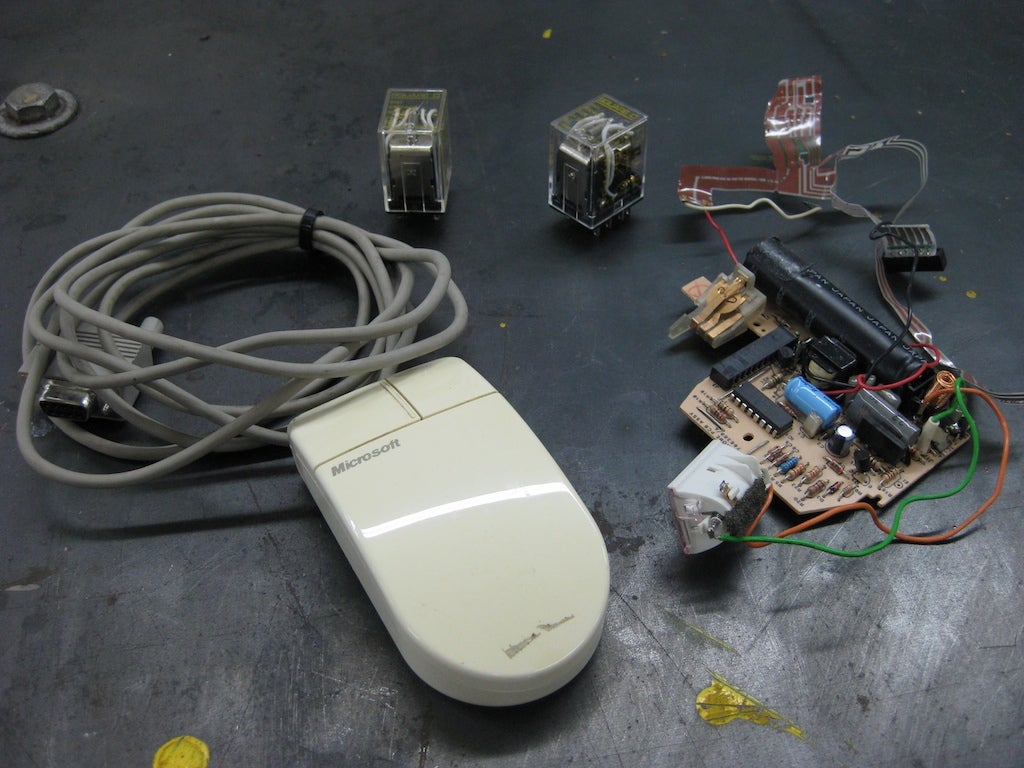 What I Took from TGIMBOEJ

As we’ve all seen, I already have plenty of junk, so I didn’t take much from TGIMBOEJ. A Microsoft serial mouse, two 24VDC relays, and the flash module from a polaroid camera. 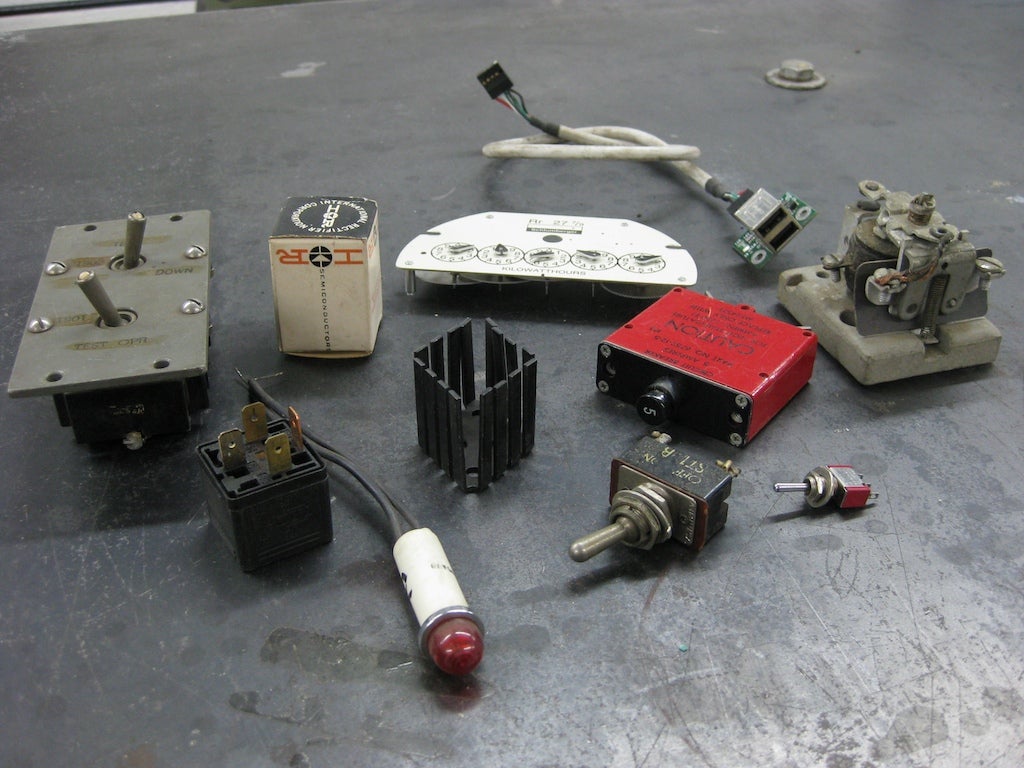 What I Put Into TGIMBOEJ

To return the favor, I deposited these things, and, though not electronic, a stack of TE stickers, into the box. A few toggle switches including some momentary SPDT that I’ve always found useful. A 12V automotive relay. A heat sink. A panel mount indicator light. A heat sink. A 5A circuit breaker. A dual USB plug with a cable terminating in a header. A 120V relay. A rectifier. And some of the remnants of my power meter dissection.