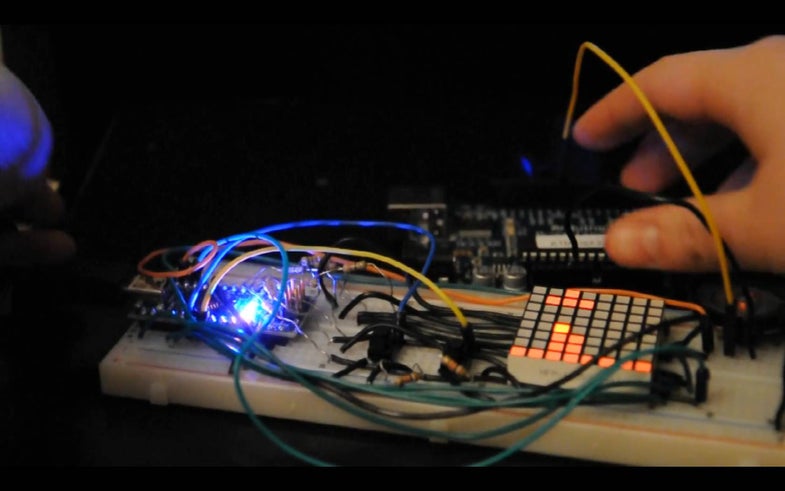 Nintendo’s Mario has long been beloved by geeks and scientists everywhere, as evidenced by a fluorescent bacterial version (seizure warning!) and a Mario “multiverse” that acts as a better guide to parallel universes than “Lost.” Now a Carnegie Mellon University student has concocted a playable pixel tribute on an 8×8 LED matrix.

The lady known only as Chloe concocted the project as homework by using an Arduino Nano, an open-source electronics prototyping platform intended for artists, designers and hobbyists. She simply added two buttons for the forward or jump input, and a piezo sensor that connects to a separate Arduino platform for the classic Mario theme song. Just don’t go backward lest your square Mario meet with death!

Ah, Mario — what can’t a fat little Italian plumber teach us about science and technology? Even the computers want to play your game.