For a great time, call the National Institute of Standards and Technology 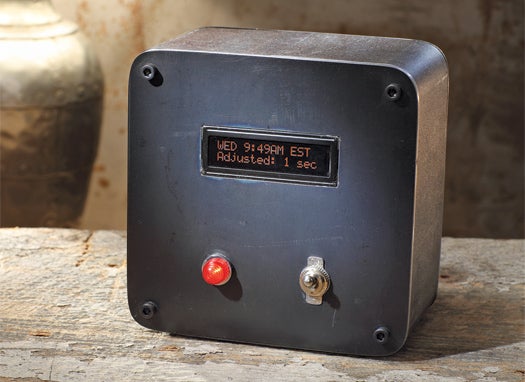 Reading a clock is one thing; really knowing the time is quite another. For everyday timekeeping needs, we use a standard known as Coordinated Universal Time, or UTC, which is derived from International Atomic Time, a consensus of more than 200 clocks that keep precise time based on the movement of electrons.

Using a receiver module, you can build a clock that picks up one of the U.S. UTC radio broadcasts, called WWVB. A microcontroller decodes the WWVB time signal that the receiver pulls in, while a separate real-time clock module (a regular microchip-and-crystal-based timekeeping mechanism) keeps the clock running like a normal clock. When a new time signal has been received that differs from the clock’s current time, the microcontroller updates the clock. The signal will come in better at night and when atmospheric conditions are best for long-range radio reception. When it does come in, the project will give you the best time you’ve ever had. 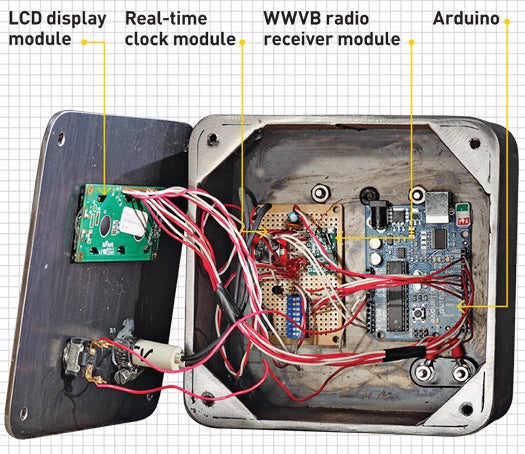