You have a lot to teach your grandkids, and that might explain menopause

It's about brains, not brawn. 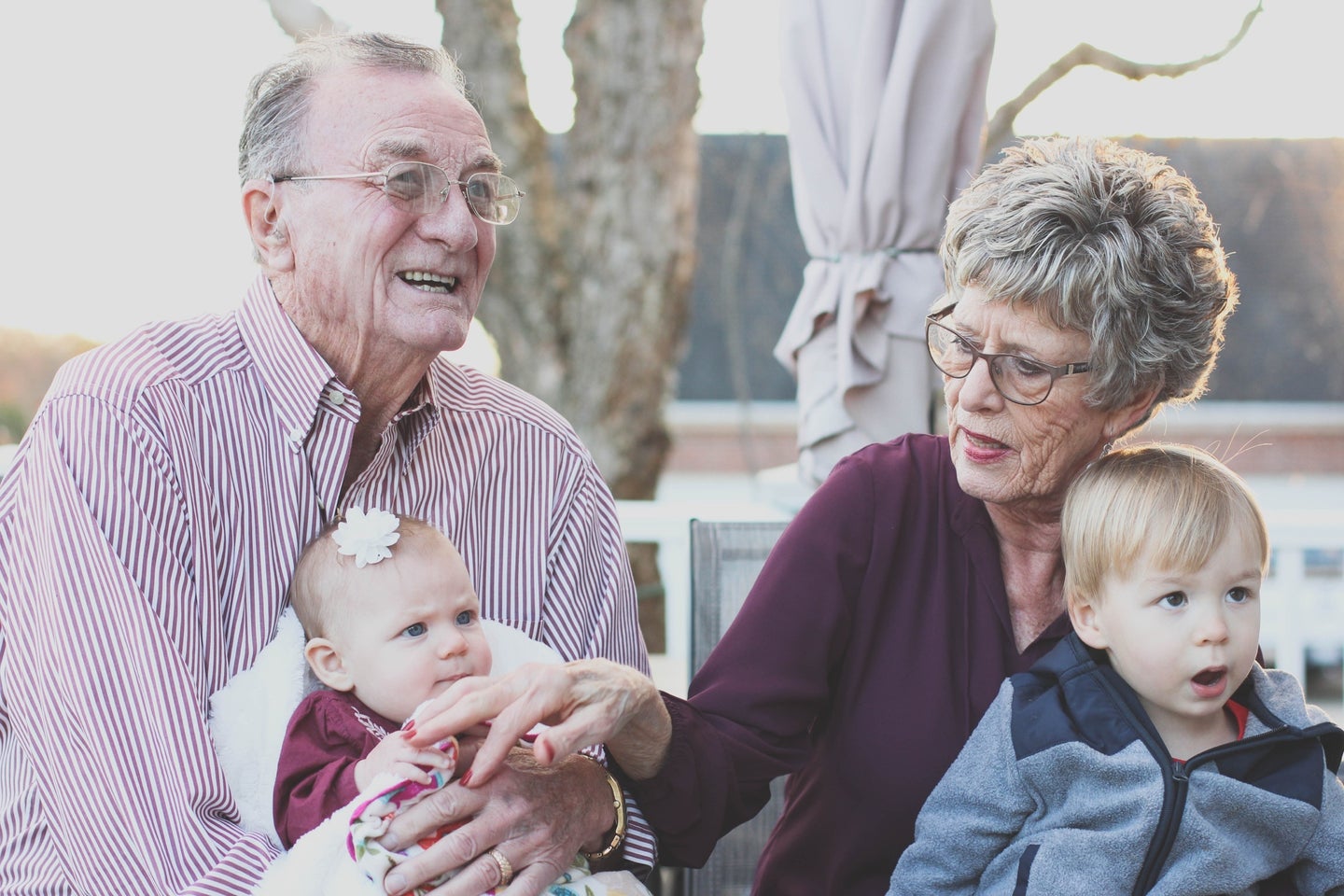 Humans, killer whales and pilot whales. What do we all have in common?

Surprisingly, the answer is menopause. But scientists still haven’t quite figured out why this phenomenon exists. After all, if the purpose of evolution is to make sure that we most effectively pass on our genes, then why would women stop reproducing after a certain age?

A study published on Thursday in PLOS Computational Biology may offer some insight into the evolution of menopause in humans. Using a computational model, the researchers found that older women’s ability to “grandmother”—that is, devote their resources to grandchildren—and use their cognitive abilities to support their offspring may have been crucial to the evolution of menopause

Existing hypotheses suggest that menopause protects humans from risky pregnancies at an older age (the Maternal Hypothesis) or might allow older mothers to invest their energy in supporting the survival of their grandchildren (the Grandmother Hypothesis). This study tested these two hypotheses, as well as the Embodied Capital Model, which is similar to the Grandmother Hypothesis—except it suggests that the main benefit to grandchildren is cognitive: Grandparents can teach offspring skills that will help them survive.

“Cognitive processes are very important in the evolution of menopause,” says Carla Aime, the study’s first author and a postdoctoral fellow at the Universite de Montpellier. “There’s a direct benefit—when one invests in neurological development at any point in an individual’s life, the individual will accumulate more skills and more experience so they will be more productive, in terms of extracting resources from the environment.”

The researchers used an artificial neural network, essentially a system of computers that work like brains and can learn (yes, it’s a little creepy). Given examples of inputs and outputs, they can figure out the rule that connects the two. For example, they’re sometimes used in facial recognition (like when Facebook somehow knows to tag you in a photo), where they learn to construct templates of significant facial features based on examples of different faces.

Aime used neural networks because it isn’t possible to study the conditions for the emergence of menopause in humans—you can’t compare individuals with or without menopause if everyone has it. But a neural network works because, like evolution, it is designed to make the best decisions for survival.

“It’s the process of natural selection with a computer simulation,” Aime says. “Thanks to this process, it’s possible to observe evolution.”

Aime’s neural network took in characteristics like a woman’s physical and cognitive condition and whether she had children and grandchildren. From this, the model predicted how the woman’s physical and cognitive condition would change and whether she would devote her resources to reproducing, caring for her children, or just surviving. To test each of the individual hypotheses, the researchers tweaked the variables in the neural network. For example, to test whether the model supported the Grandmother Hypothesis, they removed the variables allowing the woman to offer more support to children who had more children of their own.

The results seemed to point primarily to grandmothering and cognitive ability as root causes of menopause, a win for the Embodied Capital Model. When the neural network’s model prevented women from caring for their grandchildren—or assumed that cognitive resources didn’t affect offspring’s skills—menopause did not evolve and women continued reproducing into old age.

Lorena Madrigal, a professor at the University of South Florida who was not involved in the new study, says it’s computationally sound—but she’s not as convinced by its evolutionary and biological claims. “Their methods are good for answering a different question,” she says.

She notes that the model doesn’t consider ecological parameters—describing the environment where the evolution is happening, or the species in question—and the limitations on some parameters may not be appropriate in all communities. For example, Madrigal works with non-Western populations where she says the norm is to have far more children than Aime’s model allows.

Aime acknowledges that there are some limitations to the team’s neural network model—for example, it only simulates women, so in future studies, she hopes to expand the model to include men. This will allow the team to study other hypotheses that relate menopause to familial factors outside the maternal lineage. She says she also hopes to continue promoting artificial neural networks as a way to answer other questions in evolutionary biology.