Does the weirdly warm weather mean spring is already here?

Why it isn't so nice that the weather's so nice 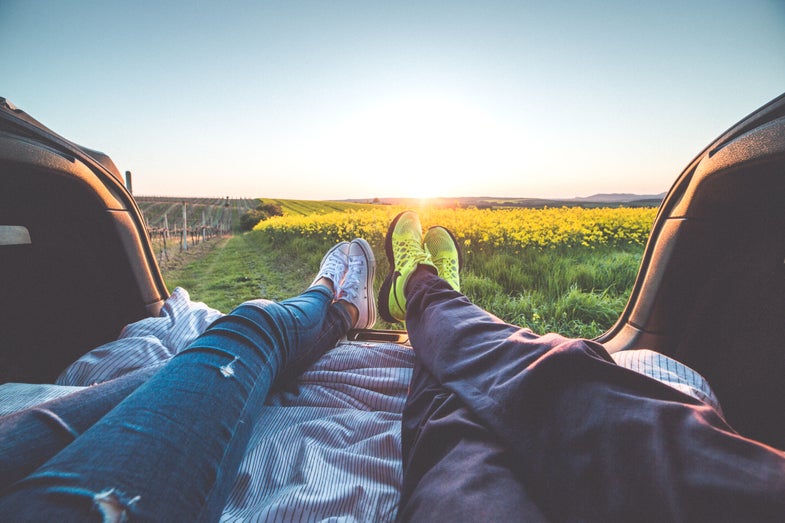 The weather app on my phone tells me that it’s a balmy 67F, which is why I’m wearing a dress—without tights. It is perfect April weather, so I’m trying desperately not to acknowledge that it’s really February, when the normal high in New York should hover in the low 40s. We were already having a warm winter, but now things are getting bizarre.

The wave of warmth I’m currently enjoying first passed through the Midwest. On Saturday, Omaha hit 75F tying a record set in 1976, while on Wednesday Milwaukee crushed its winter record of 68F.

Although Milwaukee is back to a more normal 37F (and it’s actually snowing in Omaha) those of us on the east coast are continuing to enjoy record-breaking heat. Boston set a record high of 66F, breaking its record set in 1990. At 10:30 am (and 73F), Pittsburg broke a record set in 1906. Down in Washington, D.C.’s famed cherry blossoms have already begun to bloom.

Is this an early spring, weird weather, or both?

To figure it out, I turned to the record keepers over at the USA National Phenology network—a part of the United States Geological Service(USGS).

“Phenology,” said Jake Weltzin, an ecologist with the USGS and executive director of the USA National Phenology Network, “is just when plants and animals are active on a reoccurring basis.”

It’s figuring out when things warm up enough to trigger spring and cool down enough to trigger fall. Although we tend to think of these periods as firm seasons, they aren’t—seasons are complex periods triggered by a combination of temperature and sunlight. Tools like Vermont’s Fall Foliage report, designed to help tourists visit the state when sugar maples are at their most brilliant fall colors, rely on phenology.

But until recently, Weltzin says, data on phenology has been scarce—which is a shame. Because understanding phenology does more than just help tourists plan their vacations.

“Phenology enables us,” said Weltzin, “To do things like estimate when the ticks and the mosquitoes are scheduled to come out. It helps us understand the probability of frosts that can harm agricultural crops, or when should we be harvesting.”

The USGS established the USA National Phenology Center in part because phenology can tell us when hunting and fishing seasons can occur without baby birds and fresh new flowers being trampled. And it can also provide additional information about what’s going on with our climate.

“We see dramatic evidence of the natural world responding to climate change, and one of those indicators is an earlier spring bloom in the northern hemisphere,” said David W. Wolfe, a Professor of Plant and Soil Ecology at Cornell University, Ithaca. “We looked at historical records dating back to the 1960s and found that apples, grapes, and lilacs are blooming four to nine days earlier than they were in the 1960s.”

Similarly, the National Phenology Center found that in the south, spring arrives on average three weeks sooner. That might sound great if you love warm weather, but it’s not so hot for folks with allergies.

“In D.C. right now, pollen is way above where it would normally be,” Weltzin said. “It’s really early to have pollen picking up. People need that kind of information for human health.”

Similarly, the National Phenology Center ran a backwards looking model— running data on the leafing and blooming of indicator plant species that had been gathered since the early 20th century from more than half of the parks in the national park system. They determined that more than three quarters of the parks that they looked at now have an earlier onset of spring—and fully half of those have an extremely early spring relative to the last century.

If you’re an office-dweller, this mostly raises the question of when you should pull out your warm-weather clothing. But wildlife is getting mixed signals—hummingbirds in Colorado are no longer showing up at the proper time to get the best nectar. And farmers are also suffering because of the temperature mismatch.

“Farmers do phenology,” said Weltzin. “They’re always tracking what the weather is like out there. Asking, when can we get the big plows out on the field without them getting stuck in the mud? When do we plant the crops? When do we harvest? They’re tightly tuned to the environment.”

And the environment, it seems, is changing its tune.