To get through the chaos of 2020 and beyond, clinicians suggest sticking to the basics of self-care—and reaching out for professional help when it’s not enough. 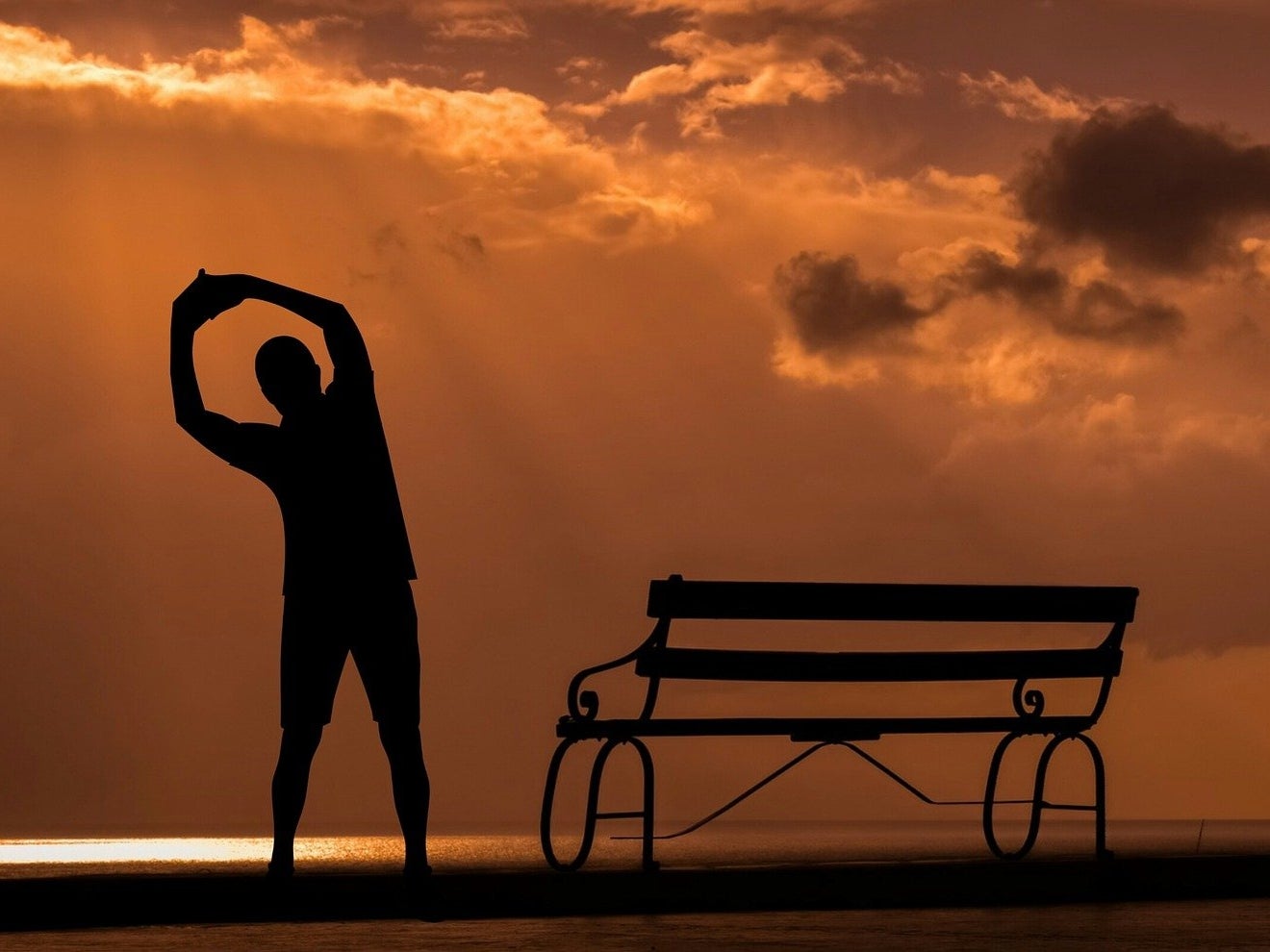 Almost immediately after the coronavirus pandemic began, it became clear a parallel mental health crisis would accompany it.

By early April, a Kaiser poll showed, nearly half of Americans were already feeling the mental and emotional toll of Covid-19. According to more recent federal data, symptoms of anxiety and depressive disorders have more than tripled among U.S. adults compared to this time last year—with women and Black and Latinx communities most acutely impacted. Other research and reporting suggest the pandemic has exacerbated symptoms for people with disordered eating, substance use disorder, obsessive compulsive disorder, schizophrenia and bipolar disorder, and other diagnoses.

“Certainly, when the pandemic set in, there was a lot of stress for our members,” says Dr. Lynn Bufka, a psychologist in Maryland who develops resources and policy to support practicing psychologists in her position with the American Psychological Association. “That was the biggest worry—’How do we do this?’”

Quickly, people in need turned to professionals for help. Prescriptions for antidepressants, anti-anxiety and anti-insomnia medications shot up 21 percent between February and March, according to Elemental. The Disaster Distress Helpline experienced a nearly 50 percent increase in call volume from April to May, Quartz reported, and over the summer, some crisis facilities in hard-hit states took in record numbers of patients.

From across the armchair, professionals, too, had to adjust to unprecedented conditions. “Early on, I was not really sure what to do,” about safety concerns, says Dr. Philip R. Muskin, a Columbia University Medical Center psychiatrist. “I’ve never been afraid of seeing a patient in my life.” By May, however,the majority of psychologists had adjusted to seeing patients over video and telephone, Bufka says. “Not all psychological care can be provided virtually, but much of it can,” she says. “Within a month, they’d figured it out.”

Through newly adopted tele-practice, clinicians continue to give much of the same advice they’ve given since March: get fresh air one or more times a day, find ways to socialize at a distance or virtually, and take care of yourself through healthy eating, exercise and sleep. Still, over the last six months, some offices have struggled to meet new demand while existing patients double or even triple their need for appointments. “There are many people seeking treatment, and we’re getting clogged up,” says Dr. Mary Alvord, a psychologist in Rockville, Maryland. “We have a long waitlist.”

How mental health professionals practice what they preach

And just like the rest of us, mental health professionals have had to figure out how to cope with 2020.

“We’ve got to do what we tell everyone else to do,” Alvord says. “We’ve had to practice what we preach.”

For Alvord, that means listening to relaxation recordings and talking through cases with colleagues while taking a walk outside, instead of in front of the computer. Bufka plays card games with her dad over the phone. Muskin is learning origami. Others have turned to paint-by-numbers or making lists of unproductive things they do each day to ease their minds during moments when they’re not easing their patients’.

“I’ve seen a lot of my colleagues feel burned out, but also grateful we have a skillset that can help take care of people,” says Dr. Nancy Zucker, a psychologist and director of the Duke Center for Eating Disorders in Durham, North Carolina. “It’s been powerful to know that people need us.”

As 2020 drags on—and financial woes, police brutality, violent demonstrations, election season politics, and extreme natural disasters accumulate—patients and non-patients alike have faced an unrelenting amount of uncertainty and stress month after month. That kind of chaos takes a toll on even the healthiest mind, Muskin says.

“Humans look to have a known universe. That is how we keep ourselves safe,” he says. “It’s frightening to feel out of control. Sadness, hopelessness, fear—those will wear you down.” That sentiment includes professionals, Alvord says: “We are exhausted. No matter how much we talk about mental health and taking care of ourselves, it’s not enough.”

How the brain reacts to pandemic woes

There’s a good reason for that, Muskin explains.

The brain’s hippocampus—its core memory processor—does the job of comparing all of our new experiences to what we’ve seen and known before. Then, it codes new inputs as familiar or unfamiliar, safe or dangerous. That signal then goes to the amygdala, which will activate a flight or fight response depending on the perceived level of risk. “Its job is to flare up,” Muskin says, and send signals to other parts of the brain that release a cascade of neurotransmitters and hormones that (among other things) quicken and shorten our breath, tense our muscles, disturb our digestion, and speed up our heart rate—sometimes to the detriment of healthy rest and metabolism. If that stress response becomes endless, the bodily effects can wage a mental toll through anxiety, irritability, depression, restlessness or lack of focus.

“It all cycles together,” Bufka says. “Most threats we face do not require a physical flee response, but that’s how our body activates. If the threat is chronic, that’s where all our concentration will go.” When we’re lacking basic needs like safety and physical health, it can be difficult to focus on higher-level needs like self-fulfillment and social relationships that help sustain our mental wellbeing.

Today, people of color, low-income families, new Americans, people with disabilities, the elderly, members of the LGBTQ community, and those experiencing homelessness or unemployment are less likely to have access to mental health resources or treatment. “These are people I’m most worried about, vulnerable patients,” says Pratik Bahekar, an assistant professor of psychiatry at Yale School of Medicine.

How to cope going forward

So what should we do about the chronic mental health toll 2020 has taken on us?

The first thing many psychologists and psychiatrists point out is that in current conditions, it’s hard for someone to know whether they’re undergoing a typical emotional response (rage, sadness, grief) to the constant onslaught of turmoil, or if they’re experiencing mental illness and need professional treatment. “I think definitely more people are more anxious and depressed, but is it more illness? Is there an uptick in actual disorders? I don’t know,” says Muskin.

For anyone struggling with feelings of despair and hopelessness, Bufka and Alvord suggest first paying attention to the narration in your head.

If you imagine, agonize, and stew about worst-case scenarios, it actually forces your brain to live every dark and scary situation you can conjure up. While it might seem like a logical way of avoiding surprises or future disappointment, “catastrophizing” can quickly zap our mental reserves, sustain anxiety and further feed into feelings of uncertainty.

Instead, Bufka recommends working on adjusting your inner monologue to something more patient and accepting. It’s okay for things not to be okay, she says, and it’s okay to believe they can change for the better. “The goal isn’t for us to have happy thoughts all the time. Life is mostly okay moments,” Bufka says. “Accept that uncertainty is part of our daily lives now. It may be very long, much longer than we thought, but it’s not forever. Instead of fighting it, focus on things you can control.” Meditating or journaling, for example, can help you actively listen to that inner monologue and adjust the language you use to process what’s going on around you.

Actively structuring routine into your days can also beat back feelings of uncertainty, says Bahekar. Going through the motions of normalcy—exercise, talking with friends and family, regular bedtimes and morning alarms, daily showers, clear cutoff times and breaks from work and screens—can be a coping method for feeling out of control.

Now that much of our lives is mediated through a screen, other clinicians suggest seeking out activities that give your eyes and ears a break and stimulate other senses. Rocking on a balancing board throughout the day, kneading homemade play dough, and simmering good-smelling spices, herbs and citrus on the stovetop could all provide little escapes to engage your senses. Most importantly, Zucker and others say, it’s important to build up patience. The house may not be as tidy as you’d like. You might not have completed your 30-day plank challenge or perfected your sourdough bread. Your boss may be spacey. Your old friends might have become distant. Learning to coexist with the unpleasant circumstances thrust upon you—instead of trying to force them into “better” shape—will actually bring you more peace, experts say.

Getting through this moment, clinicians say, is less about mentally mastering chaos and more about finding something every day that makes you feel alive, useful, and hopeful. “It’s really easy to get lost in the immensity of the problems we’re facing,” Zucker says. “I think it’s good to say, ‘one step at a time.’”

Even then, it’s completely normal to feel like you’re coping with more than you can handle, Bufka says, and “that’s probably where many people are.” But if your self-care tools aren’t enough to help you manage from day to day, it might be time to reach out to a professional, she says. The self-check-in shouldn’t be, “do I feel bad?” Zucker says. “The better question might be, ‘would it help to have someone to talk to?’”

This is where one of 2020′s subtle silver linings emerges: since seemingly everyone is carrying a heavy mind and heart, lots of people feel more free to talk openly about mental health. Sharing these experiences grows our compassion and tolerance for each other, and can help destigmatize mental illness so more people feel empowered to seek help when they need it. “Now there’s no hiding or escaping,” Zucker says. “It could also be a beautiful time for people to share what their suffering has been like.”