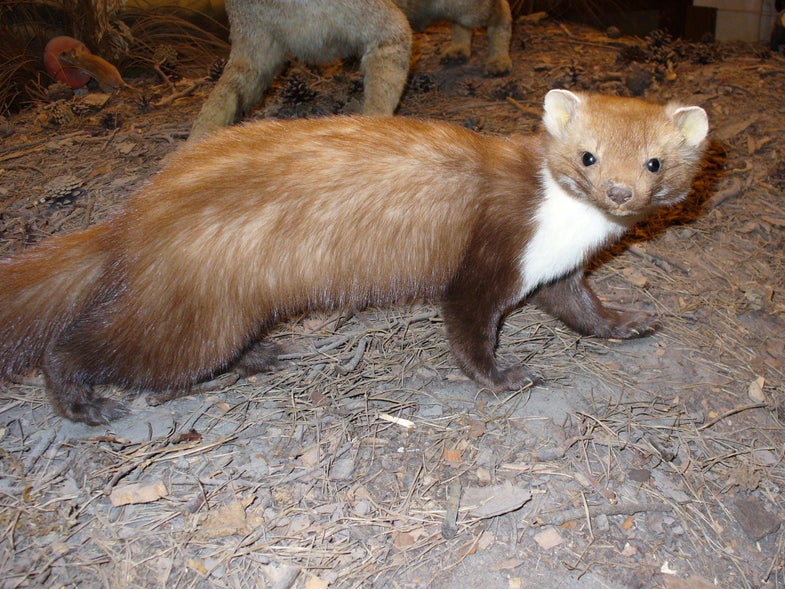 You may have seen some headlines floating around the world wide web (irony) last week indicating that a weasel took down the Large Hadron Collider (LHC), the largest and most powerful particle accelerator in the world. It turns out, many publications (and even a spokesperson for CERN, the organization that runs the LHC) implicated the wrong animal at the scene. According to a CERN press release issued today:

To be fair, the beech marten — scientific name Martes foina— is part of the Mustelidae family of animals, which also includes “badgers, otters, weasels, and relatives,” according to this entry in the handy Animal Diversity Web portal maintained by the University of Michigan’s Museum of Zoology. The description also gives a clue as to what the poor marten (which typically ranges in weight between 2 and 5 pounds) was doing by such high-voltage electrical equipment in the first place:

The beech marten is also thankfully not an endangered animal, according to the International Union for Conservation of Nature and Natural Resources (IUCN), which keeps track of such things. But I’m still sad this one was felled in such a shocking manner.

As for the LHC, CERN also adds: “Repairs to the connections are hoped to be completed by the end of the week, as the LHC continues to prepare for the 2016 physics run.” Let this all be a cautionary tale to the rest of us to A) not touch complex electrical equipment if we don’t know what we’re doing and B) not rush to judgement when it comes to classifying our mammals.