The sad case of the missing neutrino 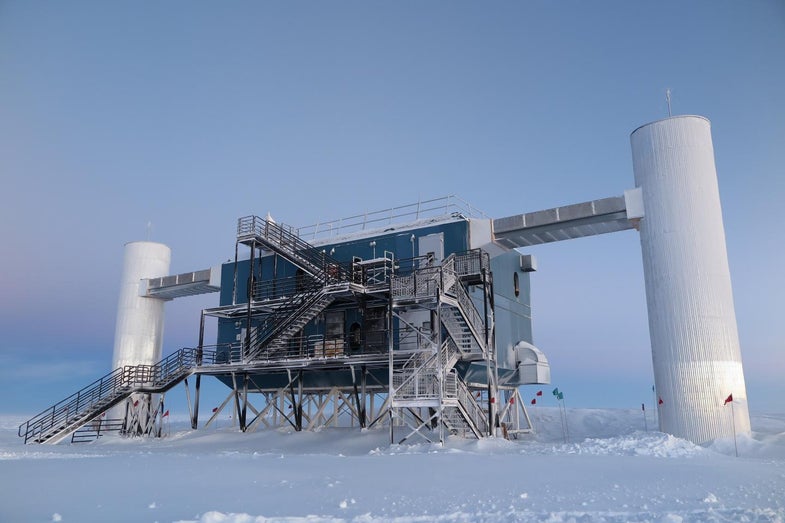 The past few days have been rough for physicists. Late last week, scientists from the Large Hadron Collider said they had not, after all, seen a hoped-for new particle. And then neutrino hunters looking for a new flavor of the ghostly particles announced they came up empty, too.

The particles in question were both just ideas, but if they had been discovered, they would have helped physics tack in a new direction, one it sorely needs. But where some scientists hoped to see something strange, they found nothing at all.

Earlier this week, physicists at the IceCube Neutrino Observatory said they failed to turn up any evidence of a sterile neutrino. This is disappointing, but first let’s talk about what these things are.

Neutrinos are a type of subatomic particle, like electrons or quarks, but they are especially misanthropic. They constantly speed through Earth, and through you, and through everything, interacting with everything else so minimally that you would never notice. Trillions of them are coursing through you right now. They have almost no mass, which makes them hard to catch, but physicists try anyway because neutrinos might help us understand why there is a universe. Somehow, at the very beginning of time, matter and antimatter got divided up unevenly, leading to an excess of matter — the reason we are all here. Some theorists think neutrinos could have played a role in this.

Neutrinos come in three types, which are called flavors: muon, electron and tau. But a few experiments, notably at Los Alamos National Laboratory and at the Daya Bay nuclear reactor in Hong Kong, hinted that there might be a fourth flavor. This one, called a sterile neutrino, wouldn’t interact with any matter at all, except maybe through gravity. It would affect the way other neutrinos interact with matter. So if it exists, it would help answer some questions about dark matter, and possibly other big cosmic questions.

“Like Elvis, people see hints of the sterile neutrino everywhere,” Francis Halzen, IceCube’s principal investigator, said in a statement. “There was this collection of hints, and theorists were convinced it exists.” 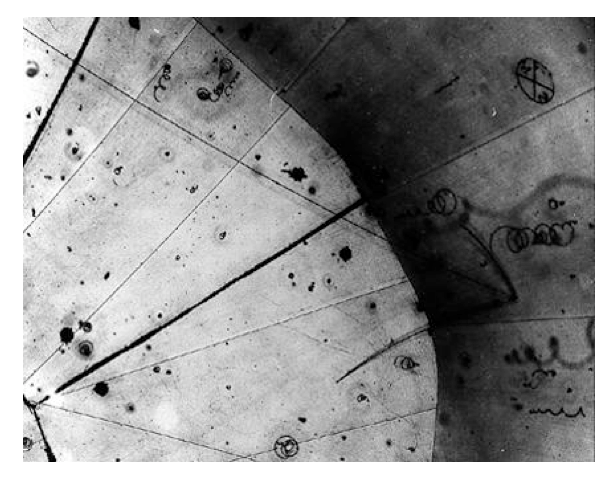 The world’s first neutrino observation in a hydrogen bubble chamber was found Nov. 13, 1970. The invisible neutrino strikes a proton, where three particle tracks originate (right). The neutrino turns into a muon, the long center track. The short track is the proton. The third track is a pi-meson created by the collision.

IceCube looks for neutrinos using 5,160 light-detecting sensors frozen in clear Antarctic ice, buried about a mile beneath the South Pole. The sensors look for the telltale flash of blue light created when a neutrino crashes into an atomic nucleus. It’s is a neutrino telescope, but it isn’t looking at the sky; instead, it uses the Earth as a filter, and looks underground for neutrinos making their way through the planet.

To catch a sterile neutrino, you would need to take advantage of one other weird feature of neutrinos: As they travel through the universe, they shape-shift, alternating among their flavors. (This oscillation is one of the things that could contribute to the asymmetry between antimatter and matter in the universe). You could hypothetically catch a sterile neutrino in the act of shape-shifting into another type.

After analyzing a year’s worth of data, scientists couldn’t find any evidence for this. This is actually good news for the Standard Model of particles and forces, which is is a framework for understanding the universe’s bittiest building blocks. Everything it has predicted so far has come to pass, most recently with the discovery of the Higgs boson, which the LHC was built to find. And the Standard Model doesn’t have any room for a fourth neutrino.

But breaking the Standard Model would actually be a good thing. Finding a sterile neutrino would force physicists to come up with new ideas to explain things we still don’t understand, like why the universe is made of something rather than nothing, and what dark matter is. These new ideas might even point toward a grand unifying theory that can connect the electromagnetic, weak and strong forces.

For the same reasons, particle physicists were abuzz in recent weeks over news that the LHC had spotted a possible megaparticle, which would also get at these bigger questions. Finding neither that particle nor the elusive neutrino means we’re still in the dark.