Europe’s energy crisis could shut down the Large Hadron Collider

In light of Russia's war in Ukraine, CERN officials are considering the energy costs of particle physics experiments. 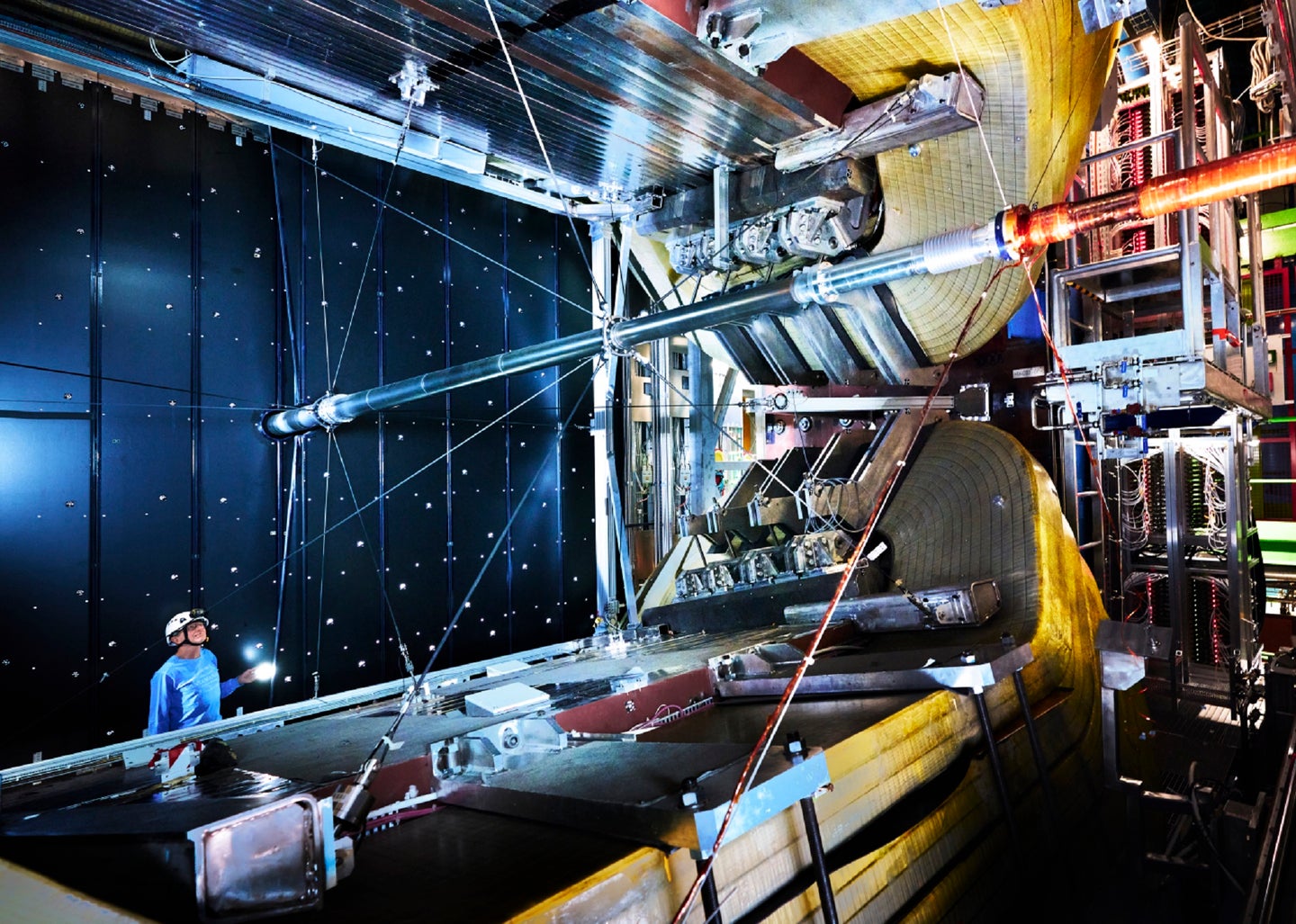 Europe is now suffering an energy crisis. The fallout from the invasion of Ukraine, resulting in the Russian government choking gas supplies, has pushed the continent’s heating and electricity prices up to a much higher order of magnitude.

In the heart of Europe, along the French-Swiss border, the particle physics laboratory at CERN is facing the same plight. This month, it’s been reported that CERN officials are drawing up plans to limit or even shut down the recently rebooted Large Hadron Collider (LHC).

If the LHC, the largest and most expensive collider in the world, does shut down for a short stint, it wouldn’t be out of the ordinary for particle accelerator research. But if it has to go into hibernation for a longer period, complications might arise.

[Related: The green revolution is coming for power-hungry particle accelerators]

Some say that CERN uses as much electricity as a small city, and there’s some truth in that. By the group’s own admission, in a year, its facility consumes about one-third the electricity as nearby Geneva, Switzerland. The exact numbers do vary from month to month and year to year, but the lab’s particle accelerators can account for around 90 percent of CERN’s electric bill.

For an observer on the ground, it’s very easy to wonder why so much energy is going into arcane physics experiments involving subatomic particles, plasma, and dark matter. “Given the current context and as part of its social responsibility, CERN is drawing up a plan to reduce its energy consumption this winter,” Maïlys Nicolet, a spokesperson for the group, wrote in a press statement.

That said, CERN doesn’t have the same utility concerns as the everyday European as its energy strategy is already somewhat sustainable. The facility draws its power from the French grid, which sources more than two-thirds of its juice from nuclear fission—the highest of any country in the world. Not only does that drastically reduce the LHC’s carbon footprint, it also makes it far less reliant on imported fossil fuels.

But the French grid has another quirk: Unlike much of Europe, which relies on gas to heat its homes, homes in France often use electric heaters. As a result, local power bills can double during the cold months. Right now, 32 of the country’s 56 nuclear reactors are down for maintenance or repairs. The French government plans to bolster its grid against the energy crisis by switching most of them back on by winter.

But if that doesn’t happen, CERN might be facing a power supply shortage. Even if the research giant stretched its budget to pay for power, there just might not be enough of it, depending on how France’s reactors fare. “For this autumn, it is not a price issue, it’s an availability issue,” Serge Claudet, chair of CERN’s energy management panel, told Science.

Hibernation isn’t exactly out of the ordinary for LHC, though. In the past, CERN has shut down the particle accelerator for maintenance during the winter. This year is no exception: The collider’s stewards plan to mothball it from November until March. If Europe’s energy crisis continues into 2023, the LHC pause could last well into the warmer months, if not longer.

CERN managers are exploring their options, according to the facility’s spokesperson. The French government might order the LHC not to run at times of peak electric demand, such as mornings or evenings. Alternatively, to keep its flagship running, CERN might try to shut off some of the smaller accelerators that share the site.

But not all particle physicists are on board with prioritizing energy for a single machine “I don’t think you could justify running it but switching off everything else,” says Kristin Lohwasser, a particle physicist at the University of Sheffield in the United Kingdom and a collaborator on ATLAS, one of the LHC’s experiments.

On the other hand, the LHC has more to lose by going dark for an indefinite amount of time. If it has to power down for a year or more, the collider’s equipment, such as the detectors used to watch collisions at very small scales, might start to degrade. “This is why no one would blankly advertise to switch off and just wait five years,” says Lohwasser. It also takes a fair amount of energy to keep the LHC in a dormant state.

Even if CERN’s accelerators aren’t running, the particle physicists around the world sifting through the data will still have plenty to work on. Experiments in the field produce tons of results: positions, velocities, and countless mysterious bits of matter from thousands of collisions. Experts can still find subatomic artifacts hidden in the measurements as much as a decade after they’re logged. The flow of physics studies almost certainly won’t cease on account of an energy crisis.

For now, the decision to power LHC’s third run of experiments still remains up in the air. This week CERN officials will present a plan to the agency’s governing authority on how to proceed. That solution will, in turn, be presented to the French and Swiss governments for consultation. Only after will the final decision be made public.

“So far, I do not necessarily see a big concern from [physicists] about these plans,” says Lohwasser. If CERN must take a back seat to larger concerns, then many in the scientific community will accept that.