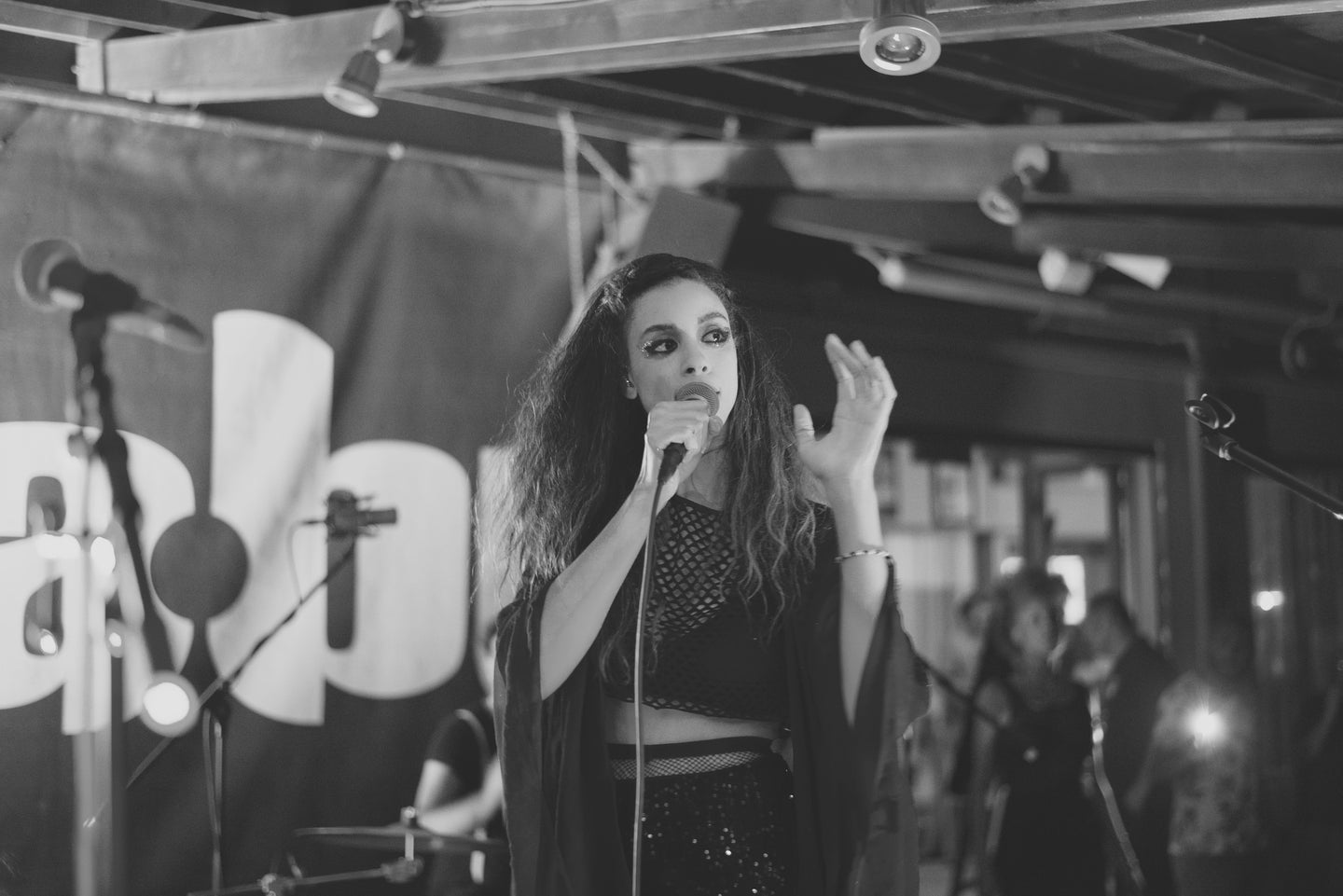 Simonne Jones, a singer and songwriter based in Berlin, is injecting her songs with something you probably wouldn’t expect: advanced physics topics. Just check out these lines from her single, Gravity:

The singer’s debut EP, Gravity, drops today. We first found out about her from Lena Dunham’s Lenny Letter newsletter, but we talked to the singer to find out a bit more about how science inspires her music.

What’s your background with science?

I have a degree in biomedical research and digital arts and used to work in a genetics laboratory doing HIV research and nuclear magnetic resonance studies. I guess I’ve always had an intimate relationship with science. Even in my spare time I’m constantly looking up news about advances in physics and neuroscience. It comes out in my writing in all sorts of different ways—even my approach to making music tends to be a bit scientific.

On my EP there’s a song called Spooky Action inspired by particle entanglement which Einstein calls “spooky action at a distance.” The idea is that two particles are combined, and if you separate them they remain connected forever; whatever you do to one, instantaneously something happens to the other. That’s a really romantic idea. There’s a heavy base in physical concepts in my work, from dark matter to the birth of the universe to the uncertainty principle. I’m definitely sticking to the theme of talking about things I’m really passionate about that are really authentic for me. There are so many beautiful metaphors for life in the patterns that emerge from the universe. Then there’s the production; on Spooky Action we use sounds from a UK researcher who translates star pulses into audio waves to better understand them. One of my producers contacted the researcher and got all the audio files for me, and I created a sound library where I can play the stars on a keyboard.

Do your producers ever tell you to tone the science down?

For the most part I’m doing the majority of the production, but one producer definitely told me to tone down a sentence or two… I didn’t. The producer I worked with the most on this album is Jimmy Harry. He’s a huge physics buff and his father’s a physicist. We get together and talk about the latest physics theories and challenge ourselves to write songs about them. He’s definitely my other musical nerd half.

So what science are you most excited about?

That’s a really difficult question. One thing is the work being done in neuroscience on reverse engineering the brain – that’s blowing my mind. Scientists are making a map of the neural connections in the brain to see how every cell interacts with adjacent neurons, like the human genome project but for the brain. There are quite a few videos where people’s brains are attached to other animals and they’re moving the animals’ limbs. I think it can change the entertainment industry. Imagine you’re watching a YouTube video of a musician on a stage or your favorite sports team and your brains are linked. Maybe one day you’ll be able to feel the emotion of the person in that moment, say if a soccer player scores a goal.

What impact do you hope your music will have?

In an abstract sense, I’m trying to inspire people of all sorts to get excited about their existence and their potential as human beings. That branches off in a lot of different areas, both in people’s personal lives and in education. It’s something I’ve always been doing — I taught summer classes to inner city youth on physics where we took apart computers and motorized cars, and went to Ghana to do an HIV awareness program. What I’m writing is meant to inspire and move.

You have moments where you go out on a clear evening, look up at the night sky, see this massive dome of stars and think about what everything means. These questions connect all human beings. Science and art are inseparable. There’s this root thinking that drives curiosity that’s exactly the same.

This interview has been edited to fit the story’s format. You can find more info on Simonne Jones and order the Gravity EP on her website