Gone, but too awesome to forget 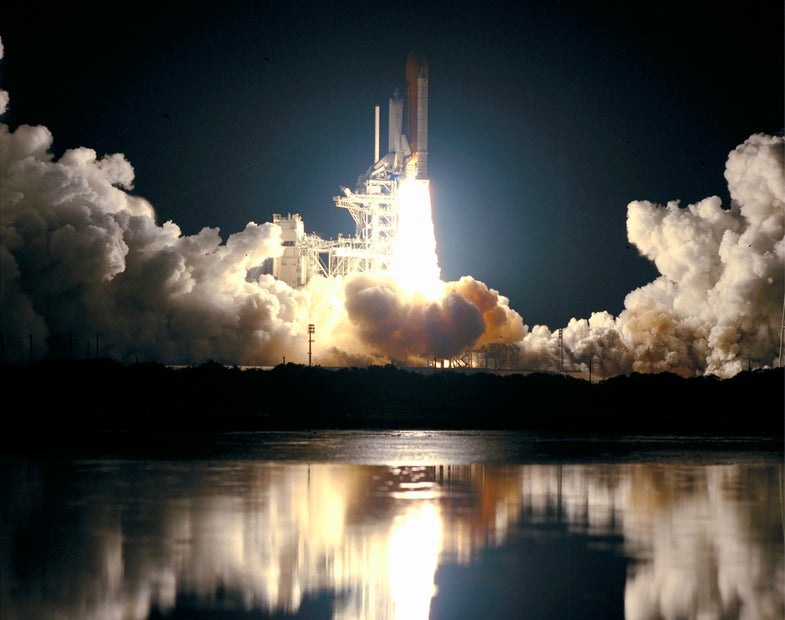 For many kids growing up in the ’80s and ’90s, NASA’s Space Shuttle program was awe-inspiring. Many of us remember seeing shuttle after shuttle, with their giant, iconic orange fuel tanks, scream into the upper atmosphere, blasting out flames in their wake. This was the moment that many of us declared that we’d become astronauts, perhaps without understanding what that career path entailed.

So, in order to celebrate the Space Shuttle program in all of its awesomeness, here are some of its greatest images from over the years. 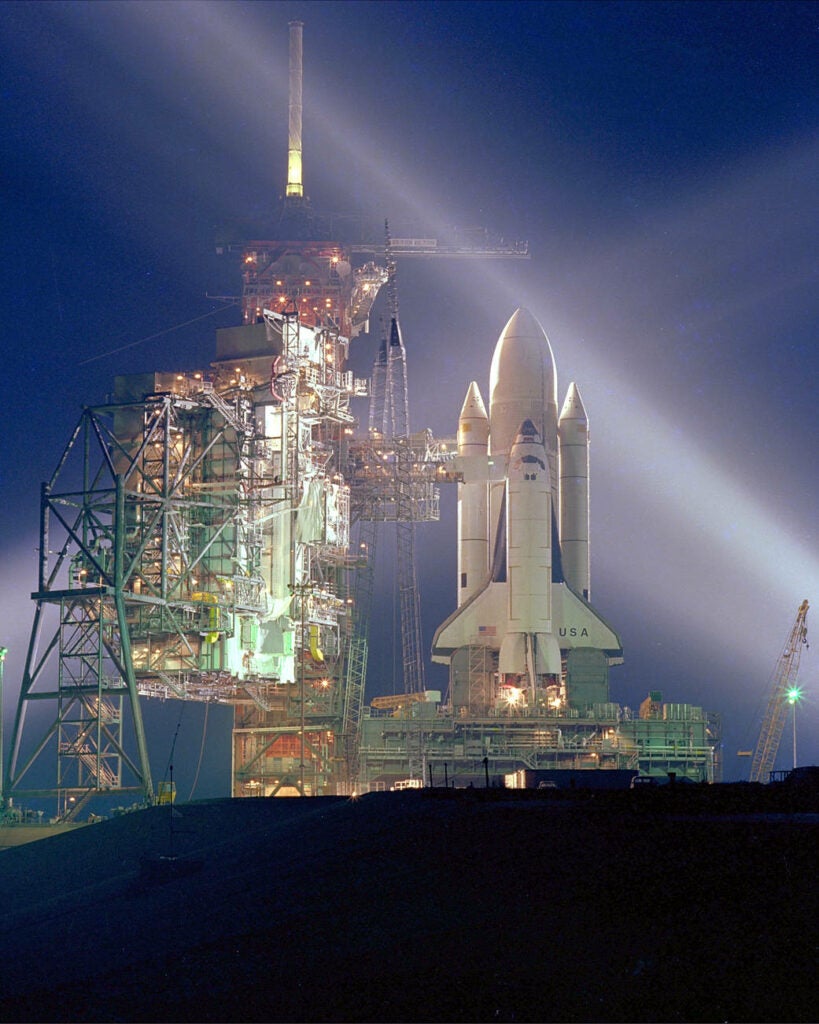 The first ever Space Shuttle launch sent Columbia into orbit on April 12, 1981. This historic moment was the first in a series of 135 missions NASA would perform during the program’s 30-year run. Onboard was astronaut John Young, who had previously been to space four times and walked on the Moon. The launch was also the first time NASA used their Space Transportation System (STS), which worked by having two massive boosters push the craft into space and then fall back into the ocean for reuse, with only the large fuel tank burning up. 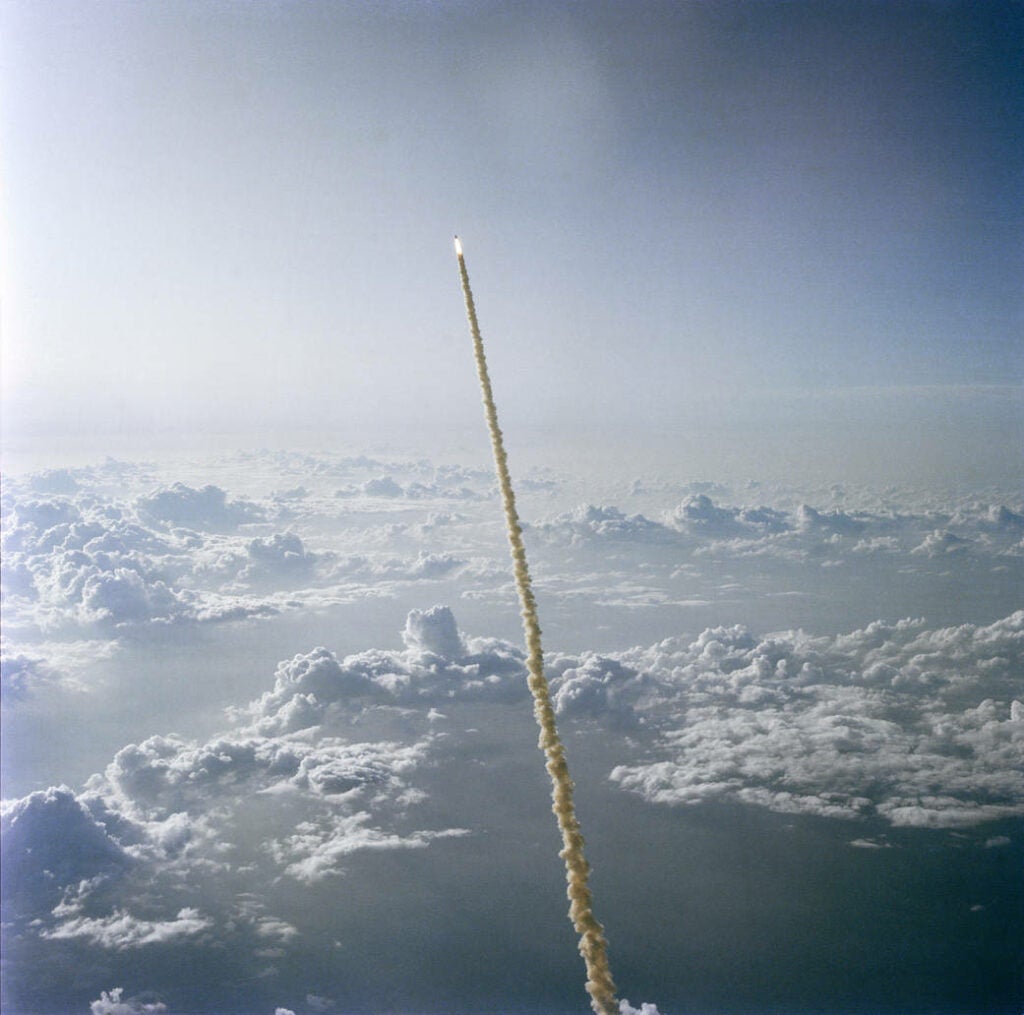 Space shuttle Challenger soars through the clouds on June 18, 1983. Onboard, astronaut Sally Ride is about to become the first American woman to fly into space. One of her jobs, according to NASA, was to call out ‘Roll Program’ seven seconds into the launch. Later, she recalled this task by saying, “I’ll guarantee that those were the hardest words I ever had to get out of my mouth.” 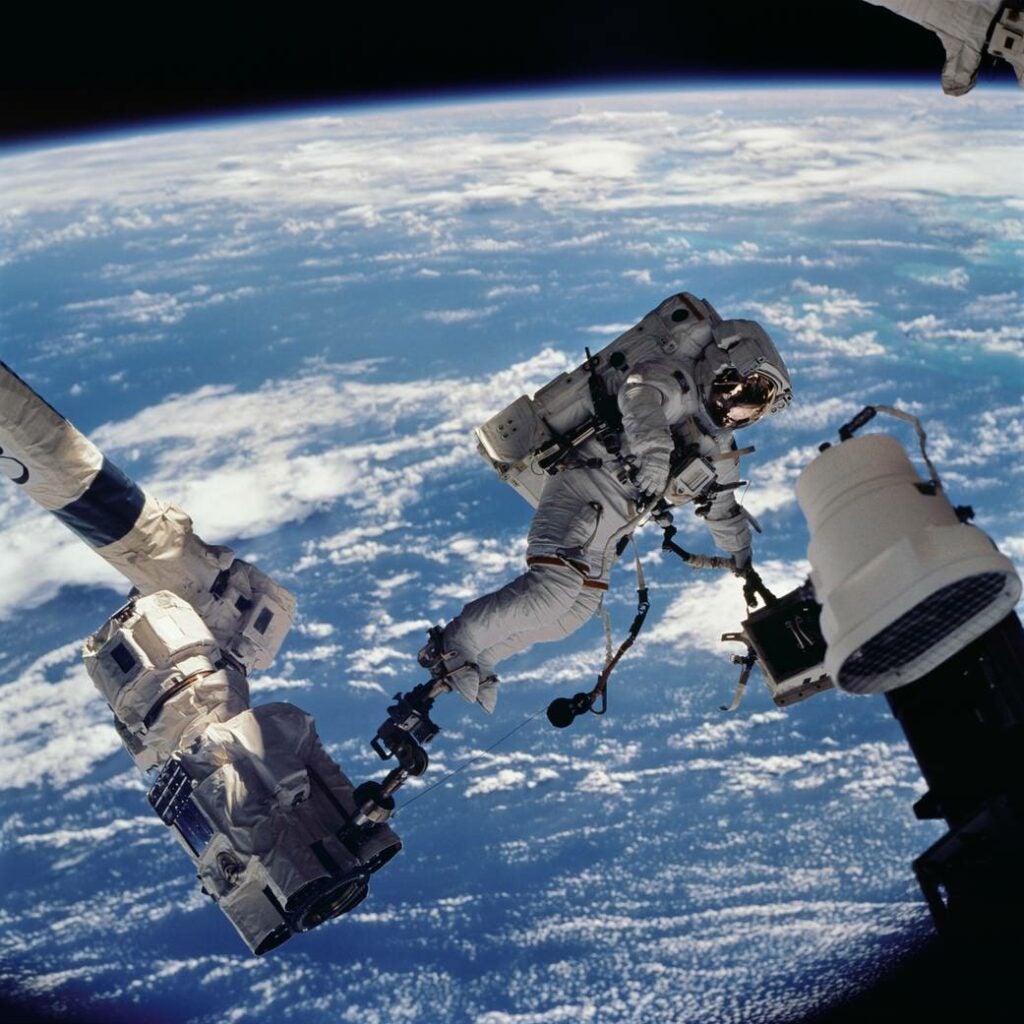 STS-112 Meets Up with the International Space Station

After the launch on October 7, 2002, the crew of STS-112 traveled to the International Space Station to deliver a payload. While there, astronaut David A. Wolf performed a spacewalk. His feet are held down by restraints so he doesn’t go flying off into orbit like a scene from Gravity. 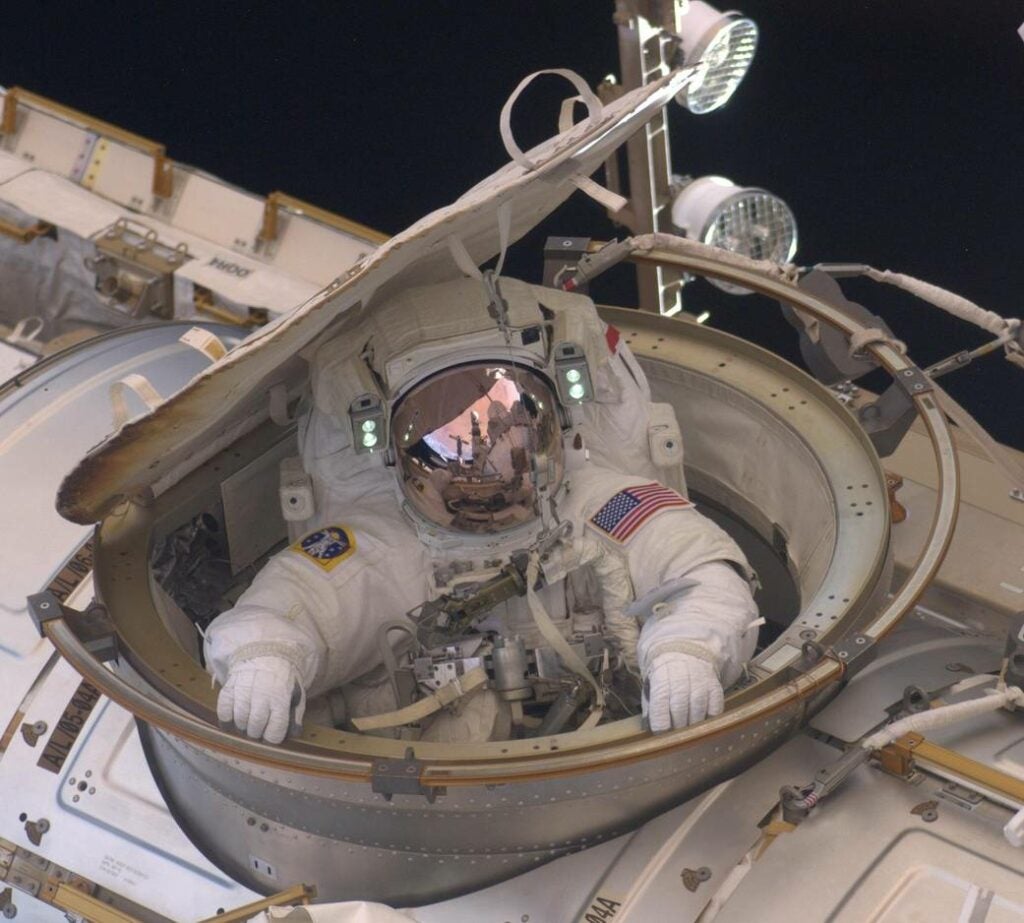 A photo from one of the final Space Shuttle missions on May 22, 2011 shows astronaut Andrew Feustel reentering the ISS after an eight-hour-and-seven-minute spacewalk, which seems more like a space marathon, really. That’s okay, though, because this was Feustel’s fifth time on a spacewalk and his partner Mike Fincke’s seventh. 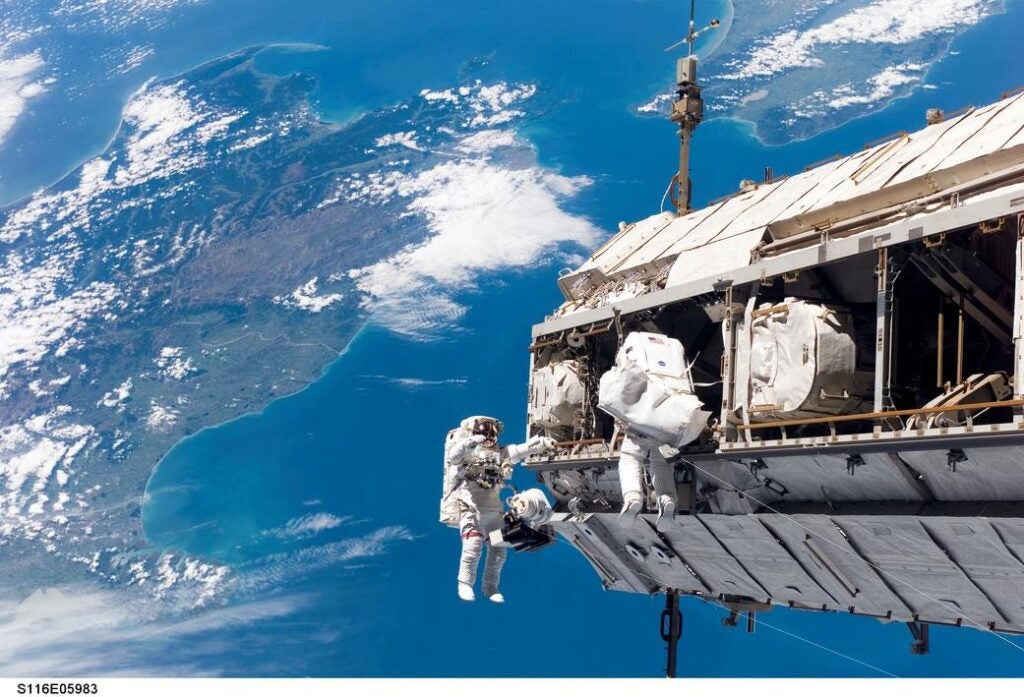 Fixing the ISS with New Zealand in the Background

On December 12, 2006, American astronaut Robert L. Curbeam Jr. (hanging in space) and European astronaut Christer Fuglesang help with ISS construction with New Zealand and the Pacific Ocean in the background. Both astronauts were a part of the STS-116 mission. 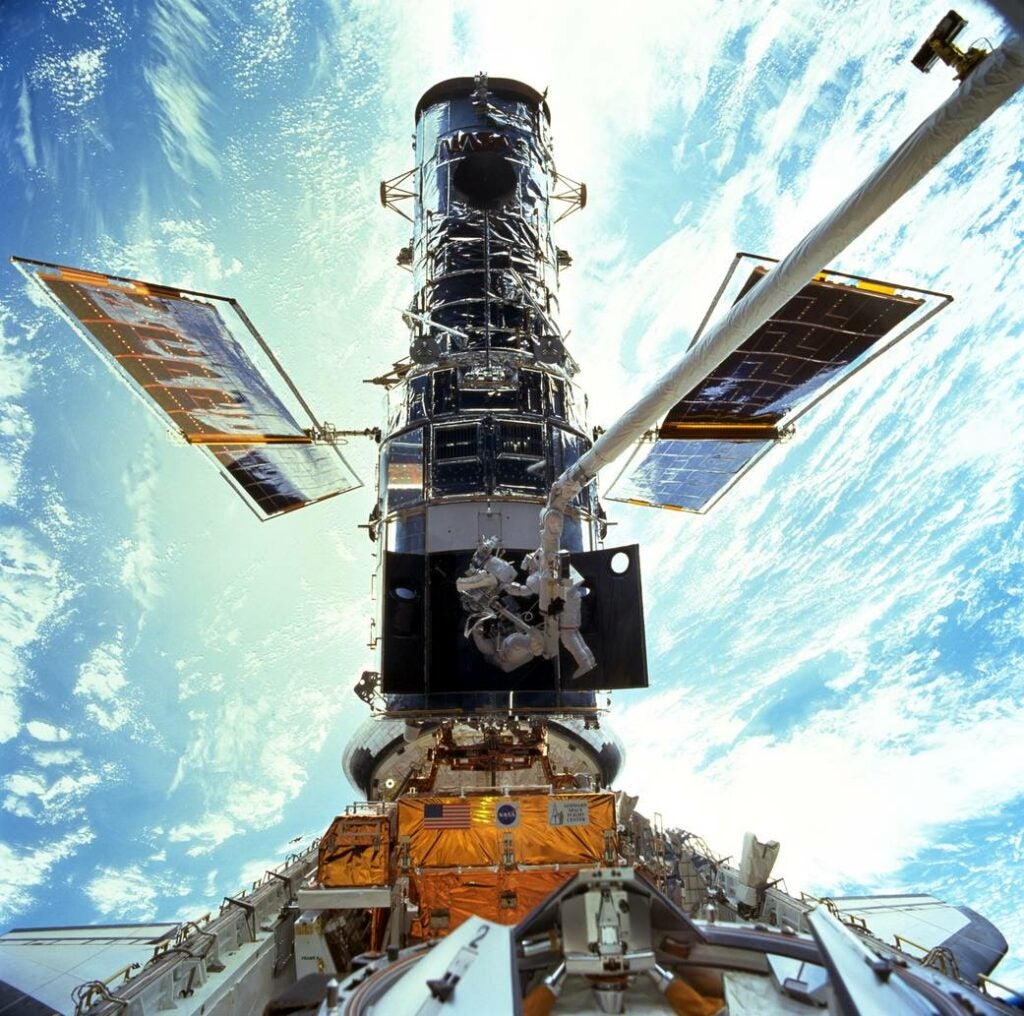 In December 2009, astronauts Steven L. Smith and John M. Grunsfeld leave Discovery to make repairs on the Hubble telescope. In the bottom section of the picture, you can see Discovery’s wings. Undoubtedly, this photo combines two of the most exciting and influential missions NASA has conducted. 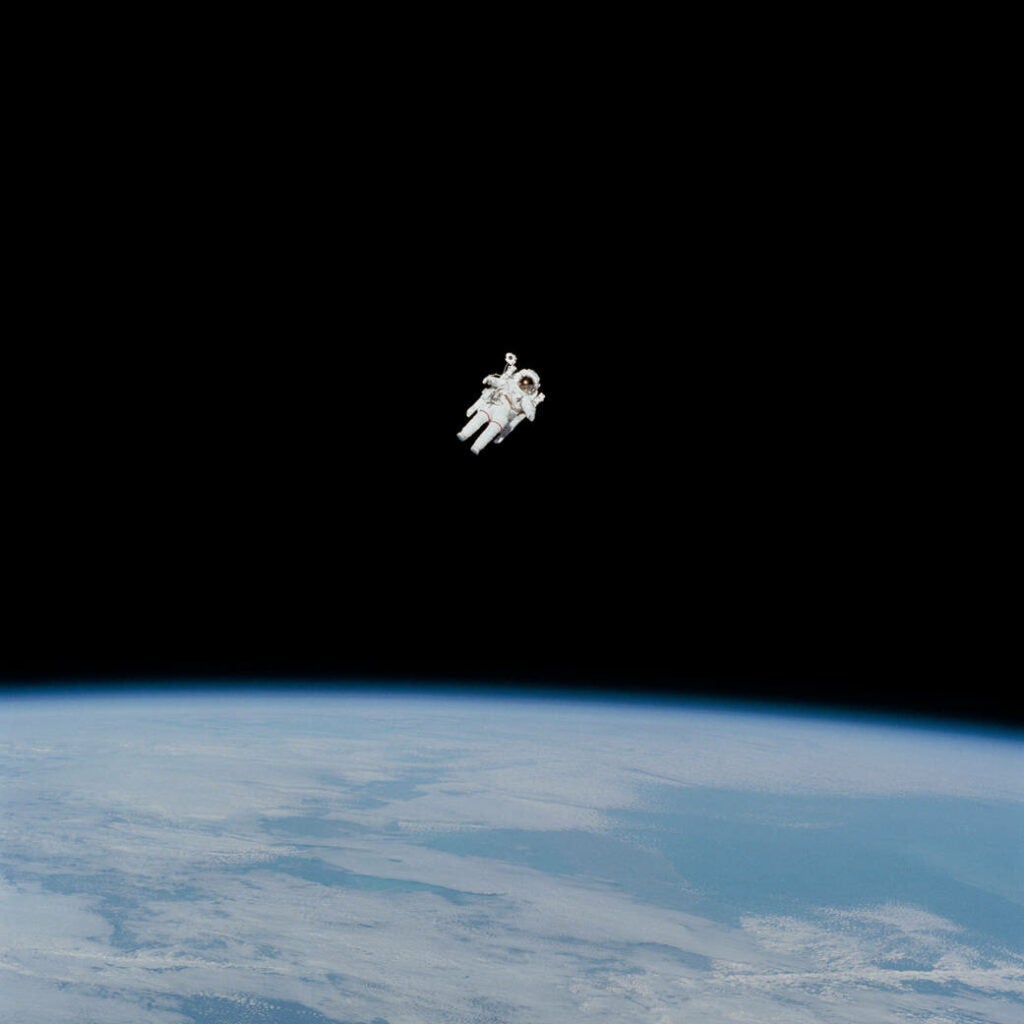 In one of the most iconic pictures from the Space Shuttle missions, astronaut Bruce McCandless II floats all alone in space, while crewmembers onboard Challenger snapped photos. This was the first time an astronaut floated in space without a tether using the Manned Maneuvering Unit (MMU), which is basically a backpack equipped with nitrogen boosters. 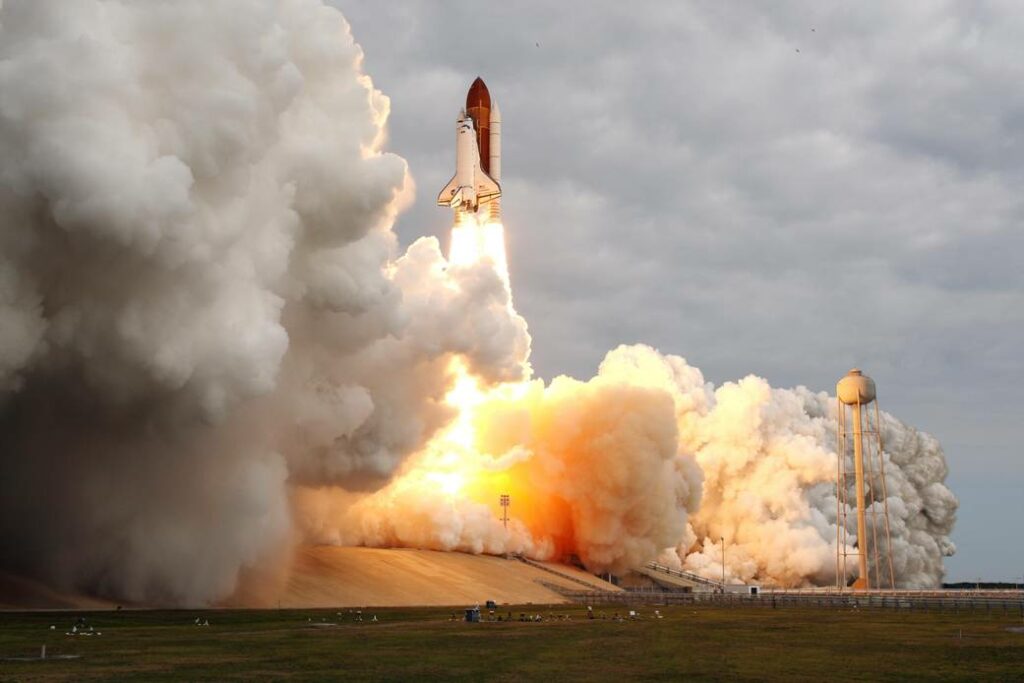 The last launch for Space Shuttle Endeavour on May 16, 2011. Onboard is famed astronaut Mark Kelly who commanded the 25th and final trip to space for the beloved craft. 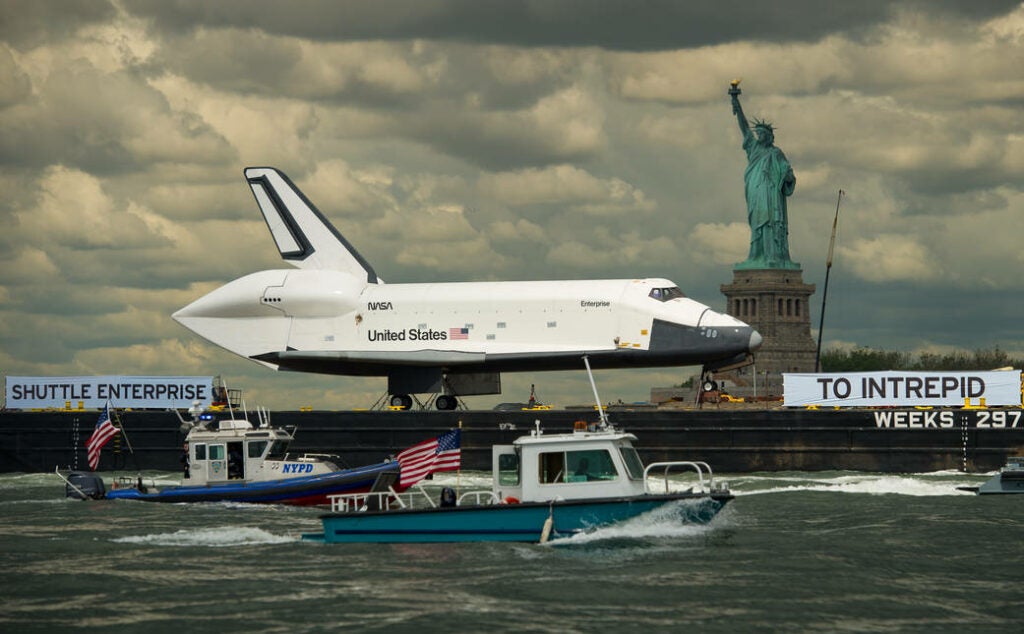 Enterprise Visits the Statue of Liberty

Taken on June 6, 2012, this image shows Space Shuttle Enterprise on top of a barge headed up the Hudson River en route to the Intrepid Sea, Air and Space Museum, its final resting place. 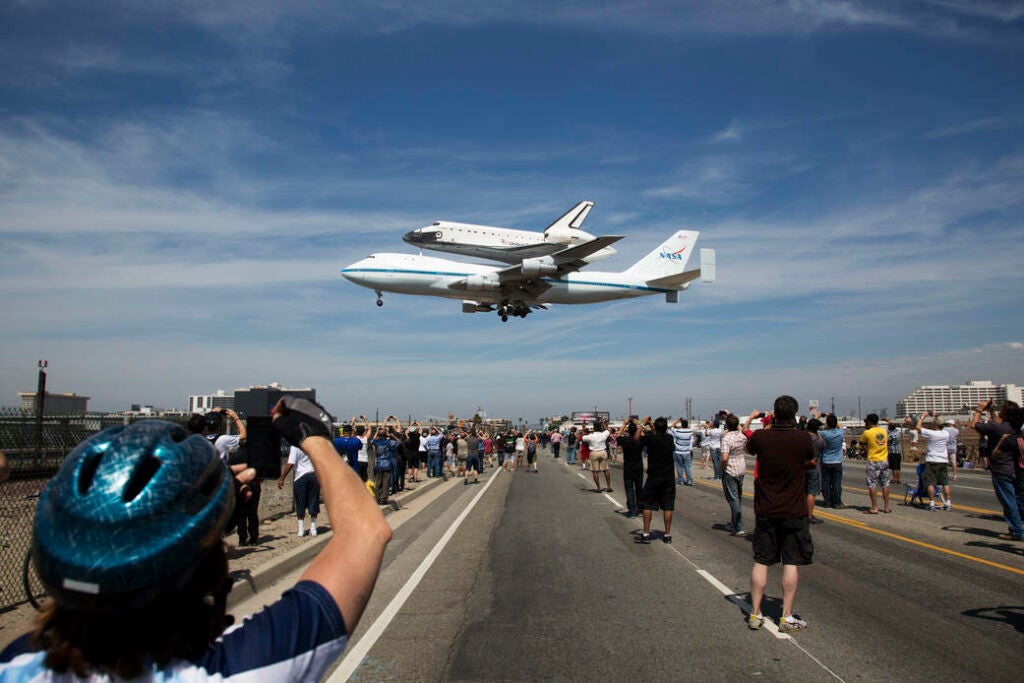 Endeavour Atop a Shuttle Carrier Aircraft

The last image of the Space Shuttle program many of us have in our minds is of Endeavour’s final trip atop a Shuttle Carrier Aircraft. On September 21, 2012, landed at Los Angeles International Airport on its way to the California Science Center where it’s on display. Though it’s cool for many reasons, this image marks the true end of the Space Shuttle era.
NASA
Space
galleries
rockets