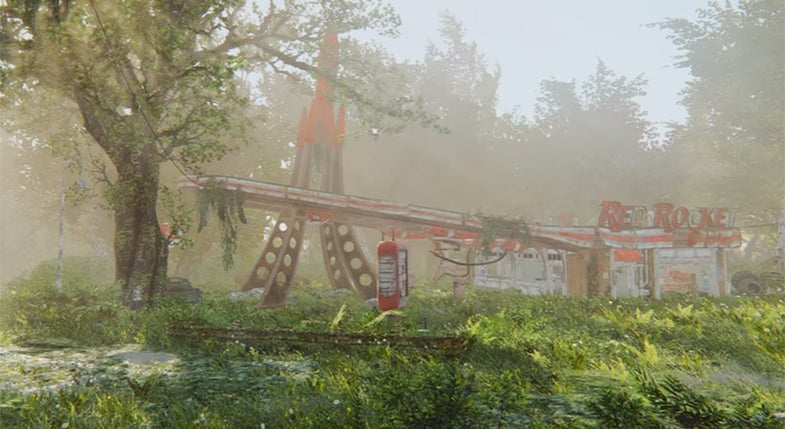 Fall Guy, the series I’ve been drawing about the facts and fiction surrounding radiation and the Fallout games was inspired by a moment while I was playing Fallout 4. I was going on my merry way to murder some raiders or mutants—which, for all the game’s grandeur, is the gist of pretty much every quest—when I thought,

Apparently, I wasn’t the only one. A new modification for Fallout 4 changes the dry Boston wasteland into a wilderness where nature has reclaimed the land. “Resurrection” gives players a more accurate portrayal of what the world would look like two centuries after even the worst nuclear apocalypse. It’s still in development, but in the video below, you can see what a difference it makes to the atmosphere of the game.

So if you got tired of the world-turned-to-desert setting of the Fallout games, consider plugging in some mods and exploring a fresh new world that would get along just fine without us.

To learn more about what radiation does to the environment and organisms, read the Fall Guy comic series here.

Special thanks to my brother for passing along the video.