Why Do Shower Curtains Billow Inward?

Short answer: Blame it on hot air, or swirling air, or something else 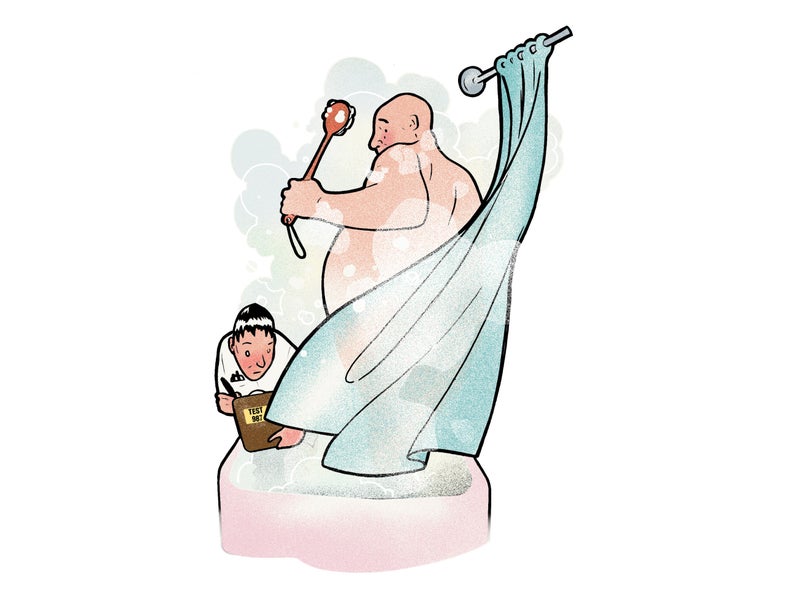 In 1938, Popular Science weighed in on this steamy mystery: “One inconvenience of bathtub showers has always been the tendency of the shower curtain to blow inward.” Back then, we attributed this annoyance to the movement of air currents. Hot air produced by a shower has a tendency to rise. As it does, cold air from outside the tub moves in to replace it, pushing against the base of the curtain.

There’s one problem with this theory: A curtain can billow inward during a cold shower too. What had we overlooked? It might be that water rushing from the showerhead sweeps a stream of air along with it, causing a drop in pressure surrounding the flow. This drop creates a space for air outside the shower to whoosh inward.

David Schmidt, a professor of mechanical engineering at the University of Massachusetts at Amherst, decided to test the cold-shower theory. In 2001, he created a computer model of a bathroom—complete with a showerhead, tub, and curtain rod—and found that shower water whipped the nearby air into “a sideways dust devil,” with a pocket of low pressure in the eye of this mini storm. If a shower has enough pressure and a sufficiently flimsy curtain, the air outside pushes the curtain inward toward the vortex.

That finding became state-of-the-art shower-curtain physics—until 2007. That’s when physics-textbook author Peter Eastwell published a paper describing an unusual shower he’d experienced in an Australian motel room. He was able to adjust the curtain height, water temperature, and distance between the showerhead and curtain to find that, in fact, hot water does produce a greater “shower-curtain effect” than cold water.

He also noticed if you set the stream of water close to, or far from, the curtain, the effect vanishes. That’s consistent with Schmidt’s findings of rushing water pulling air in its wake.

Now it’s up to Schmidt to test his computer model in a real-world setting. Unfortunately, he’s decided to throw in the towel. He just doesn’t have the time to keep working on such a trivial question: “I’m done with the shower-curtain effect at this point,” he says. “My wife jokes it will be the inscription on my tombstone: ‘Here lies shower guy.’”