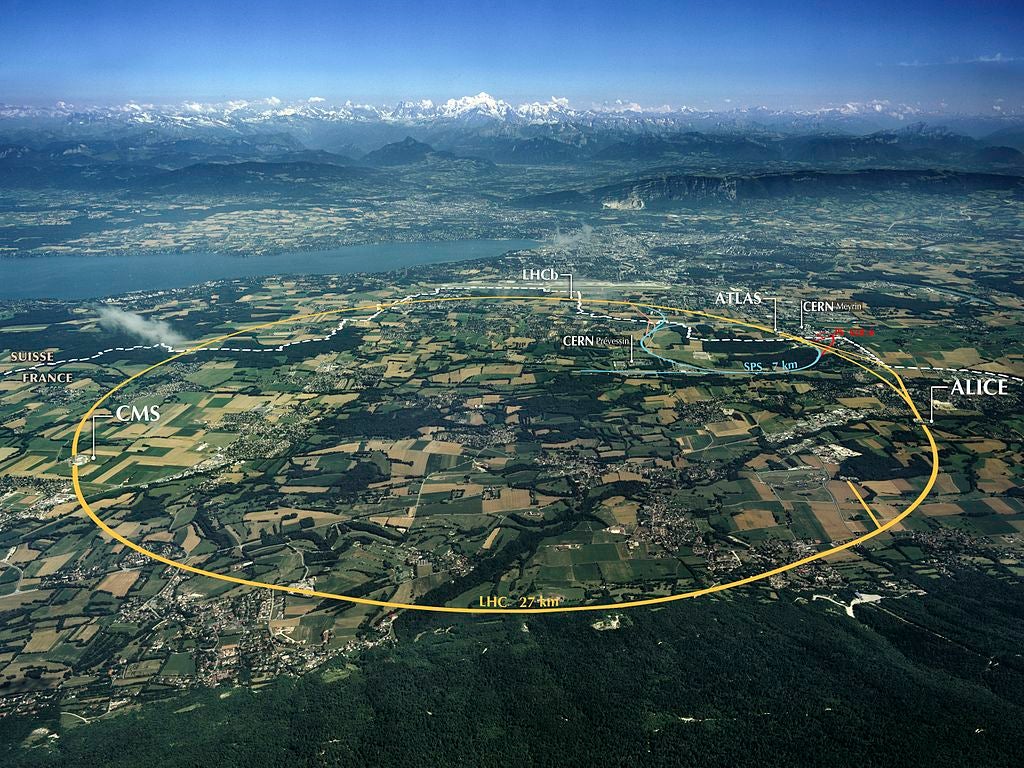 One thing you may know about particle physics experiments is that they’re enormous. The Large Hadron Collider is five or so miles in diameter, big enough to circle some towns. Stanford’s Linear Accelerator is two miles long. Scientists are hoping a new experiment will lead to far smaller but still extremely powerful accelerators.

Scientists at CERN ran some of the first tests at the AWAKE experiment yesterday, a new kind of accelerator based on a concept that might be able to cut the size of particle physics experiments down by a factor of a hundred or more.

Colliders like the Large Hadron Collider have lots of parts, but generally need a place to store particles, a place to speed them up to incredibly high speeds, a place to smash them together or against something else, and a place to look at all of the particle bits that came out of the resulting explosion. Part of the speeding up requires pushing the particles by putting them through a series of alternating electric fields. To get the particles faster, scientists build longer experiments rather than more powerful ones. The AWAKE experiment, also known as the “Proton Driven Plasma Wakefield Acceleration Experiment,” will use a whole new method that will get particles going much faster in a shorter amount of time.

AWAKE’s secret comes from wakefield acceleration, a concept first theorized only in the 1970s but too much of a technical challenge to construct back then, project leader Edda Gschwendtner told Popular Science. Here’s how it works:

First, a packet of protons from CERN’s proton accelerator, the Super Proton Synchrotron, will pass through a field of plasma. The electrons in the plasma are negatively charged, so they fly towards the positively charged proton bunch. By that point, though, the protons have flown away, so the electrons keep flying. The electrons leave positively charged plasma in their absence, though, so they’re pulled back to where they came from. The process continues and makes a wave. If you plop another electron into the wave, it will surf along to avoid all the other negative electrons crashing down, causing our surfer dude to accelerate really quickly through the wake field, as much as a thousand times faster than the traditional method, according to an article published in Nature.

“It would allow accelerators to be much smaller,” Gschwendtner said. “If you make a linear collider nowadays it would be about 50 kilometers.”

Today, physicists just passed the proton bunches through the main beam line on the way to the experiment, a prerequisite to getting anything to work. There’s no plasma or accelerated electrons yet – that probably won’t happen until 2018. AWAKE is just a proof of concept, an early attempt to produce a wakefield accelerator. Stanford Linear Accelerator lab and Brookhaven National Lab in the United States are also working on similar concepts, but AWAKE is the only one whose wave is created by protons, which could produce more powerful wakefield accelerators. One day, we may even see powerful particle tabletop-sized accelerators, according to a CERN press release, but those probably wouldn’t use protons to make the wave, since the proton-based accelerators are for more heavy-duty experiments.