The Tesla Model S, for all its technical and design artistry, has a dirty little secret: the car has a... 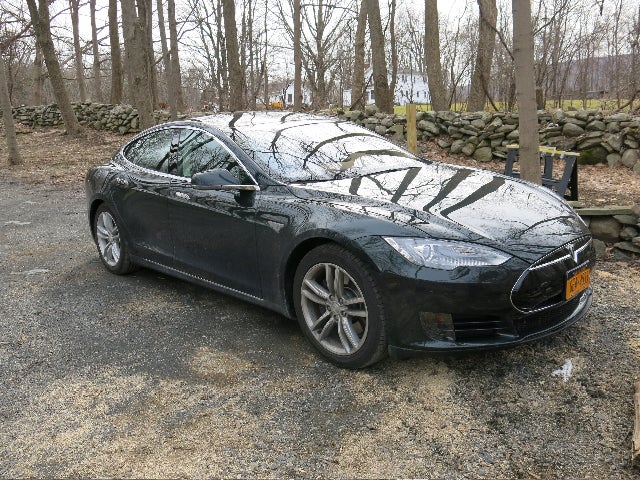 The Tesla Model S, for all its technical and design artistry, has a dirty little secret: the car has a substantial appetite for kilowatt-hours even when turned off and parked.

Since the Model S was introduced in 2012, this “vampire” power drain from the cars sold so far has consumed roughly 15 gigawatt-hours of electric energy, nearly a day’s output for a mid-size nuclear power plant. It’s enough wasted energy to drive the cars 50 million miles.

After nine months of promises to fix it, Tesla finally sent out a software update a week ago to the Model S fleet that it claims “significantly reduces power usage when (the car is) shut down.”

But based on a week’s worth of measurements on my 60-kWh Model S, I’ve concluded that the new software is only mildly effective.

As far as I can tell, the vampire’s fangs are still sharp.

But indicated-range numbers can be quirky, so I asked an electrical engineer friend to cobble together a kilowatt-hour meter. Using the meter, I measured my vampire power drain at about 4.5 kilowatt-hours per day.

That’s the equivalent of three 60-watt light bulbs burning 24/7. It was enough energy to drive about 13 miles per day–almost 5,000 miles a year.

However you measured it, the Model S vampire was a voracious beast.

Why the Model S?

The Chevy Volt and Nissan Leaf, the other two best-selling electric cars in the U.S., have essentially zero vampire loss. As far as I know, so do all the other electric cars on the market.

So what’s the problem with the Model S?

According to Tesla, the car needs a constant flow of power to keep its computers and systems switched on 24/7, ready to boot up instantly when the driver gets into the car.

It’s a popular myth among Model S owners that much of the vampire power goes to keep the battery warm during cold nights. This is simply not true.

According to Tesla, there is no thermal management of the Model S battery when the car is turned off and not charging–no matter how cold it gets.

We can’t help but notice that General Motors and Nissan seem to have figured out a way to make their cars start up instantly without a similar 24/7 power drain. Odd that a multibillion-dollar company in the heart of Silicon Valley couldn’t figure out a way to do that, too. 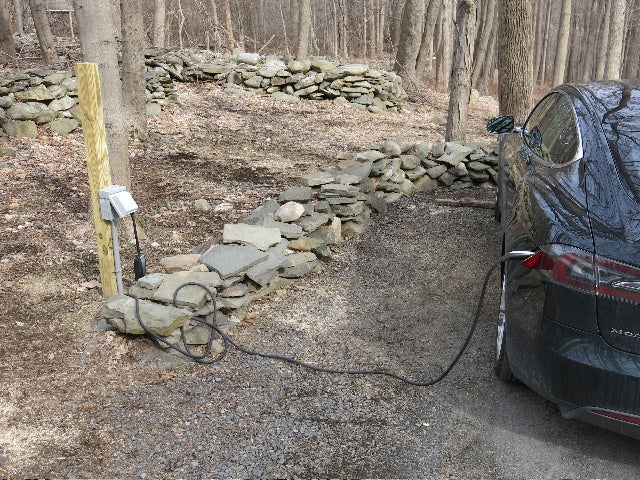 Ironically, the Model S had very little vampire drain when it was first introduced.

My owner’s manual is based on the original software in the car. “When you’re not driving Model S, the Battery discharges very slowly to power the onboard electronics,” it purrs reassuringly. “On average the battery discharges at a rate of 1 percent per day.”

Unfortunately, the “sleep mode” software in those early cars triggered all sorts of glitches in the car’s other systems. Eventually, the problems became so persistent that Tesla simply disabled the sleep mode.

With sleep taken away, the vampires came out to play. And instead of draining 1 percent every 24 hours, the Model S battery suddenly began losing 5 or 6 percent of its charge every day. (In the case of 60-kWh cars like mine, it’s closer to 7 or 8 percent.)

And, he said, the new sleep-mode software would be installed by the time the Model S was introduced in Norway–then set for July.

It didn’t happen. And the backtracking began almost immediately.

Later that spring, a Tesla owner’s hot-line rep told me the new sleep mode would be introduced in two phases: a preliminary software update that would cut the vampire drain in half by summer, followed by Musk’s promised total solution before the end of the year.

But as the summer progressed, several software updates came along, with nary a hint of a sleep mode.

Finally, in August, new cars began rolling off the production line with software update 5.0, which contained the long-awaited vampire-slayer, among other improvements. Tesla made no claims about how much energy would be saved, but one electric-car news site, without citing its sources, put the vampire reduction at 50 to 75 percent.

Unfortunately, update 5.0 proved to have serious bugs in some of its other features, particularly the GPS system. It was sent out to only a few cars in the field. (Mine was not one of them.)

In October, an improved version, update 5.6, was rolled out, again to a limited number of cars in the field. (Again, not mine.)

Finally, in mid-November, my car was updated remotely by the factory with version 5.8, apparently along with the entire fleet of Model S cars then on the road.

(Version 5.8 replicated all of the updates in 5.6, including the anti-vampire mode, and also disabled the high-speed “crouch” feature on cars with air suspension, apparently to reduce the car’s susceptibility to damage from road debris. But that’s an entirely different story.)

I was ecstatic. Free at last–or at least 50 to 75 percent free at last– from the fangs of the loathsome beast!

Unfortunately, it appears as if the vampire-slayer software is only mildly effective, at best.

The first night after downloading update 5.8, I lost 6 miles of range overnight, equal to a rate of 16 lost miles for a full day. After six nights, I was averaging 15 indicated miles lost per day. That’s about 35 percent less than the comparable figure (23 miles) from my tests last spring.

But indicated miles, subject to the vagaries of temperature and algorithm, don’t tell the whole story. Only a kilowatt-hour meter can give an accurate figure.

So far I’ve run three overnight tests with the kWh meter. For each test, I charged the car up in the evening to its usual selected level (In my case, about 80 percent). Then I removed the charge plug. I allowed the car to sit unplugged overnight and on into the next day, until I needed to drive it. (Typically a span of 12 to 24 hours.)

Before driving it, I plugged it back in to top off the vampire-depleted battery back to its original level. Then I checked the kWh-meter.

That’s an average of 3.5 kWh per day–roughly 25 percent lower than the losses I measured previously.

I can’t explain the wide variation in the vampire draw over the three tests. Clearly, more than three tests will be required to come up with an accurate figure.

But it’s clear to me that the new vampire-slayer software is pretty weak stuff.

It’s better than nothing, I suppose. A 25-percent improvement means that the 20,000 Model S cars now on the road will only waste about 70 megawatt-hours of power a day, down from 90 MWh.

And it means that Musk’s anti-vampire prediction has turned out to be one-quarter true in twice the time.

This article, written by David Noland, was originally published on Green Car Reports, a publishing partner of Popular Science. Follow GreenCarReports on Facebook, Twitter, and Google+.