This Porsche Hybrid Can Soar Down The Highway Or Efficiently Cruise

Three different modes give the driver of a Porsche Panamera S E-Hybrid some nice options. 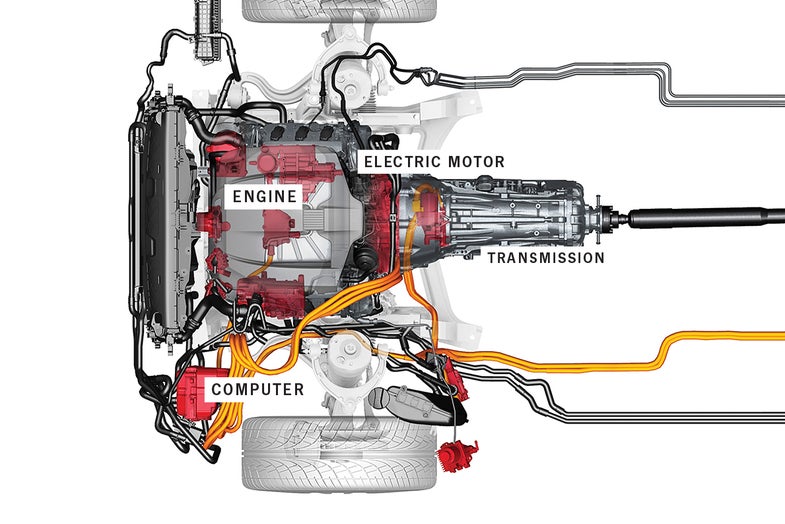 Most hybrid-auto makers have the efficiency thing down, but they still can’t build a high-performance car that’s both fun to drive and efficient. At least, not until now. To create the Porsche Panamera S E-Hybrid engineers married a supercharged V6 with a plug-in hybrid powertrain. The car’s three driving modes—electric, hybrid, and recharge—give drivers the flexibility they need to scream down the highway and then flip to electric power for short-range cruising.

A 9.4-kilowatt-hour battery powers the 95-horsepower electric motor, which delivers its full 229 foot-pounds of torque the instant the driver hits the throttle. Porsche says the battery will run for 22 miles (we clocked 33 on our test drive) before dipping below a 15 percent charge, at which point the gas engine kicks in. The engine will also fire up if the driver throttles past a certain threshhold, allowing him to blast from 0 to 60 in 5.2 seconds.

The motor and engine connect to the same eight-speed automatic transmission, and a computer determines when to draw power from which source. When the car is coasting, for example, the transmission will decouple from the gas engine to save fuel. As with most hybrids, the Panamera’s brakes recoup energy to keep the battery charged.

When the driver activates E-Charge mode, the 333-horsepower V6 engine engages and turns the electric motor, which then acts as a generator. In our test drive, it took 30 to 40 miles for the motor to fully recharge the depleted battery. 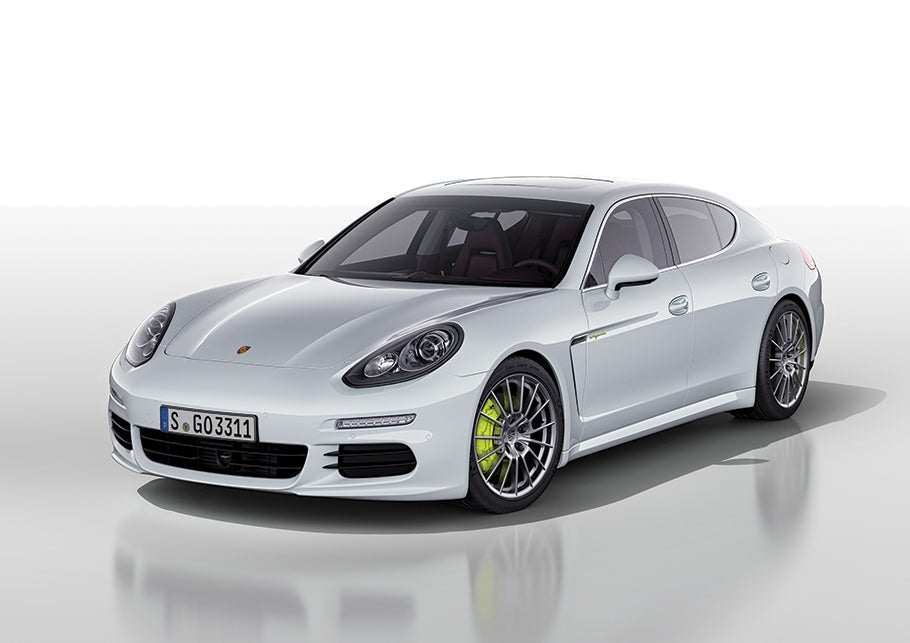 It takes only 2.5 hours to fill the battery from a 240-volt charging station.