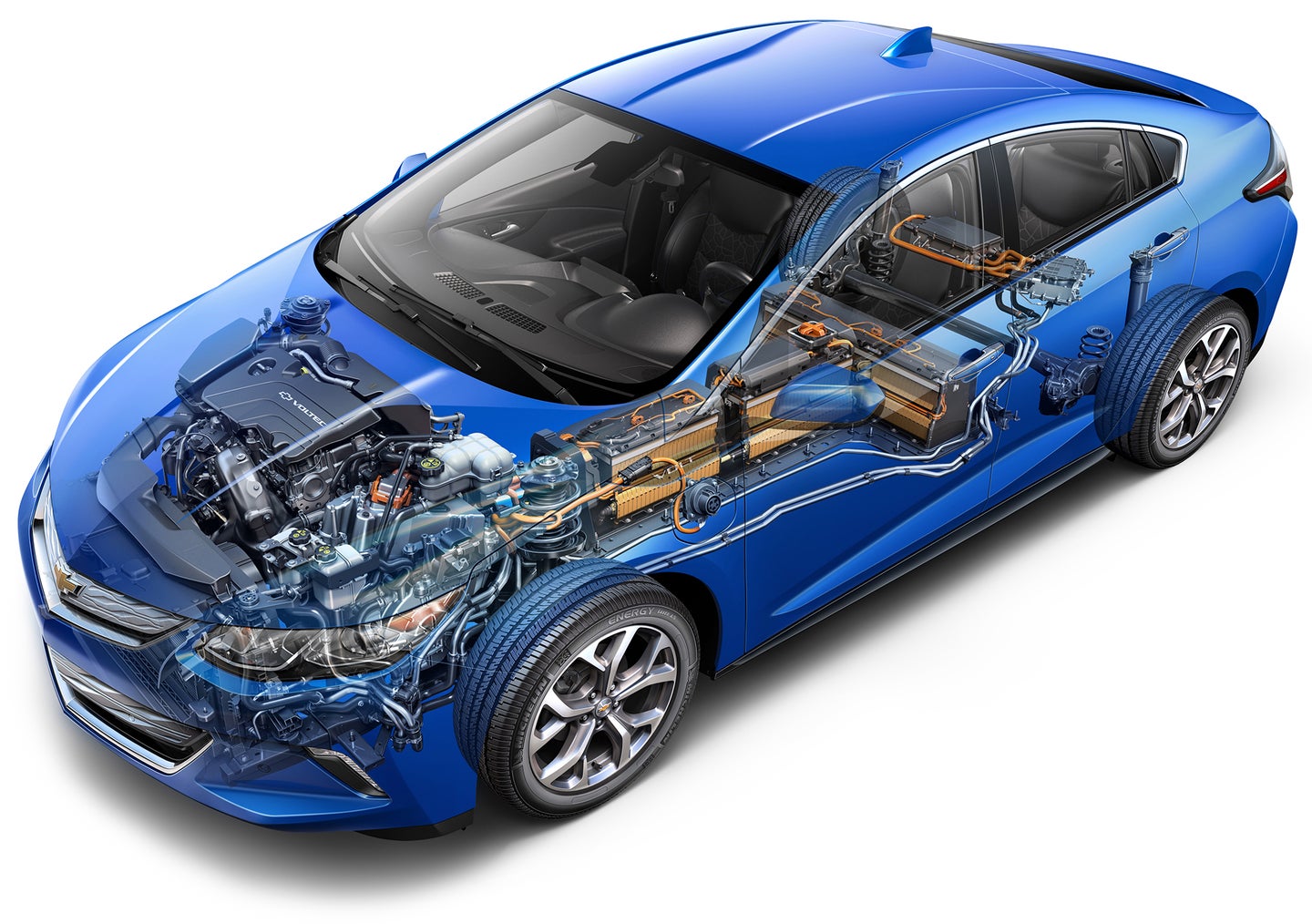 Chevrolet has completely rebuilt its plug-in hybrid Volt for 2016 and, in the process, made some big improvements over its predecessor.

For starters, the new Volt is 243 pounds lighter, thanks in part to a redesigned LG Chem battery pack. We’re told the batteries rely on different chemistry, which in turn requires fewer (hefty) cells yet permits higher capacity (18.4 kilowatt-hours versus 17.1 in the previous Volt). The added juice also boosts electric-only range from 38 miles to an estimated 50 miles.

“Volt owners complete more than 80 percent of their trips without using a drop of gasoline and they tell us they love the electric driving experience,” said Andrew Farah, the Volt’s chief engineer, in a statement released in conjunction with the car’s debut today at the North American International Auto Show in Detroit.

The 2016 Volt’s battery pack is better-positioned, too. It now sits lower in the vehicle, making room for one more seat in the rear for a total of five. Also, the change improved the car’s already (surprisingly) sporty handling dynamics, Chevrolet says.

“Volt owners complete more than 80 percent of their trips without using a drop of gasoline.”

The car now has two electric motors instead of just one, giving the vehicle faster acceleration than its predecessor. The “range extending” gasoline engine is also newer and more efficient than the prior year’s model; on its own, the 1.5-liter four-cylinder delivers an estimated 41 miles per gallon, versus 37 miles per gallon for the previous Volt.

The styling of the Volt is sleeker, too. The car incorporates more sophisticated design details, such as the texture of the front grille to LED lights daytime running lights in the front bumper. 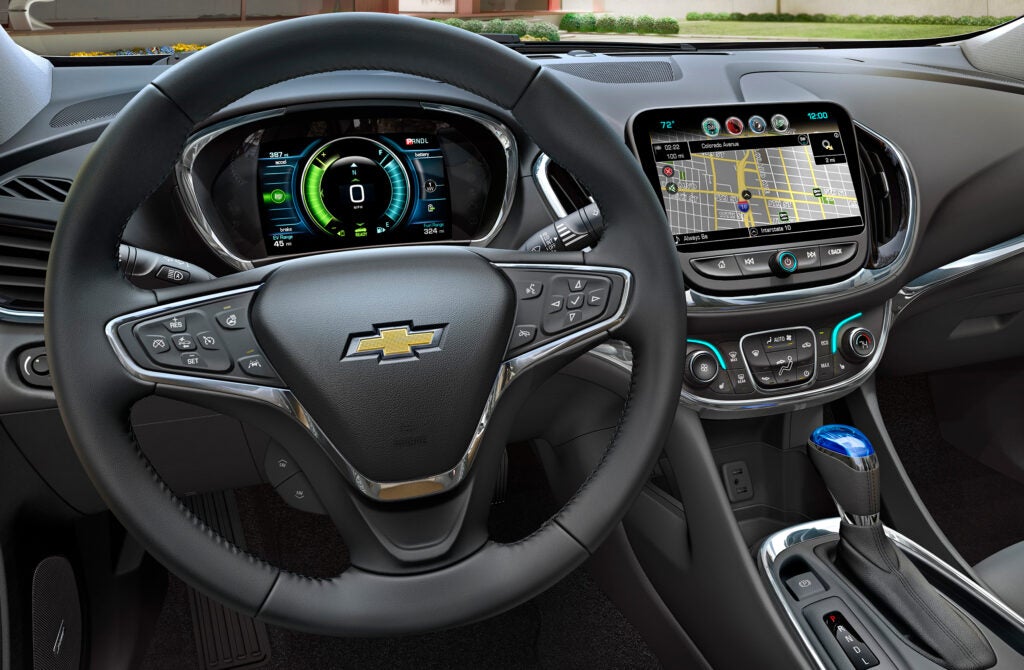 Chevrolet revisited the layout and function of the Volt’s dashboard as well. Unlike the previous model’s touch-sensitive center console, which could be finicky in operation, the 2016 Volt has knobs and buttons to control functions like temperature and fan speed. (The touchscreen remains, however, as does a customizable high-resolution screen behind the steering wheel.)

A price hasn’t been announced, but we expect it to be similar to that of the current model, which starts at $34,345. Look for the 2016 Chevrolet Volt at dealers in the second half of 2015.