10 Electric Race Cars, From The Dragstrip To Pikes Peak

Click here to enter the gallery Electric cars are certainly becoming a more familiar sight on the roads these days,... 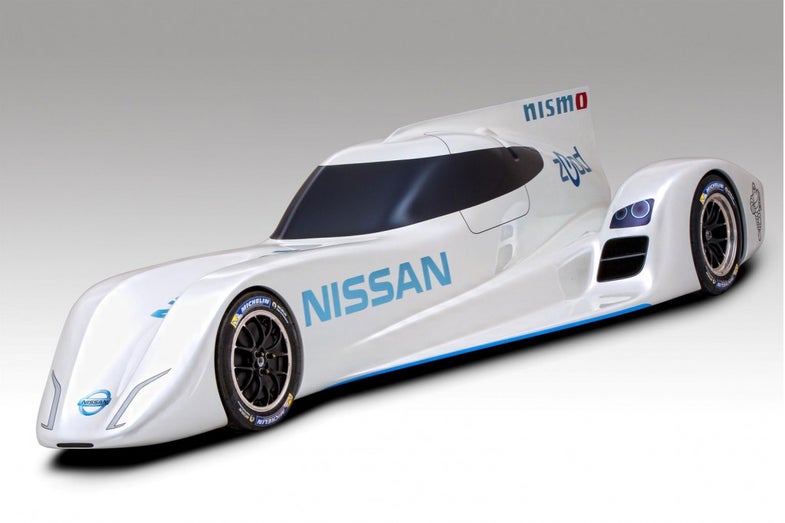 Electric cars are certainly becoming a more familiar sight on the roads these days, but in the ultra-competitive world of professional motor sport they’re also beginning to get a foot-hold.
Regular readers will be no stranger to many of these vehicles, tackling disciplines as diverse as crossing Australia on solar power, setting record times up the infamous Pikes Peak hill climb, and outrunning gasoline vehicles at the drag strip.

We’ve decided to pull some of these vehicles together into a gallery to celebrate their existence, because they’re more important than you might think.

Motor sport has long been the arena in which top road vehicle technologies are developed, and the stresses and unique demands of the sport will do the same for electric vehicles.

Perhaps even more importantly, they have the potential to completely change the perception of electric cars for regular folk in the streets. If you see a top driver winning the weekend’s race on the TV, it’ll make you think in a whole new way about its showroom equivalent–and may convince you to take the electric plunge.

This article, written by Antony Ingram, was originally published on Green Car Reports, a publishing partner of Popular Science. Follow GreenCarReports on Facebook, Twitter, and Google+. 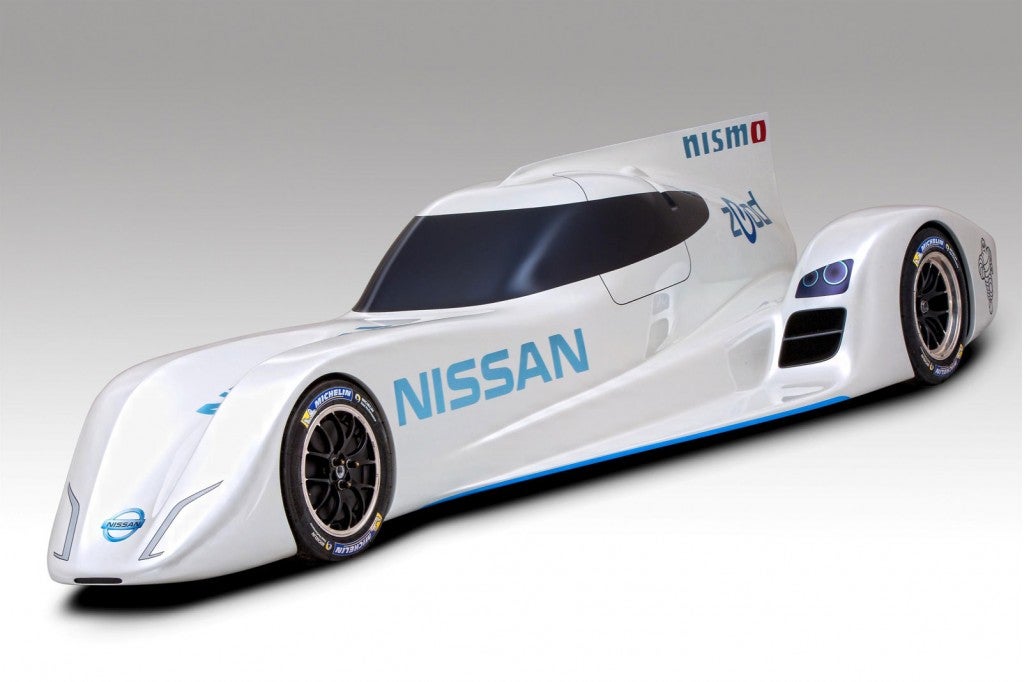 Unveiled at this year’s 24 Heures du Mans endurance race in northern France, the Zeod RC is gunning for Audi in 2014’s running of the race. Based partly on 2012’s amazing Nissan-backed Deltawing race car, the Zeod RC promises to be even faster. The drivetrain is anticipated to be a kind of extended-range electric setup, using a generator to provide power for entire laps on electricity. 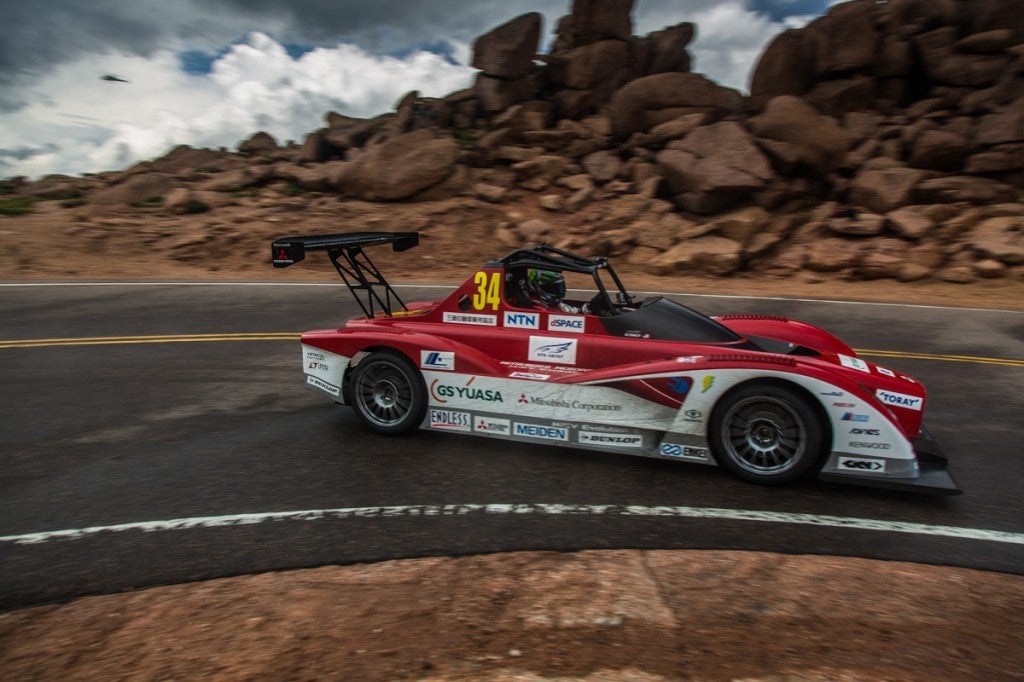 2012 was Mitsubishi’s first year tackling the famous Pikes Peak hill climb in Colorado, but an accident and resulting difficulties meant they never achieved quite what they hoped for. 2013 was more fruitful, and while the gasoline-powered Peugeot of Sebastien Loeb stole the show, Mitsubishi and fellow electric entrant Monster Tajima didn’t disgrace themselves. 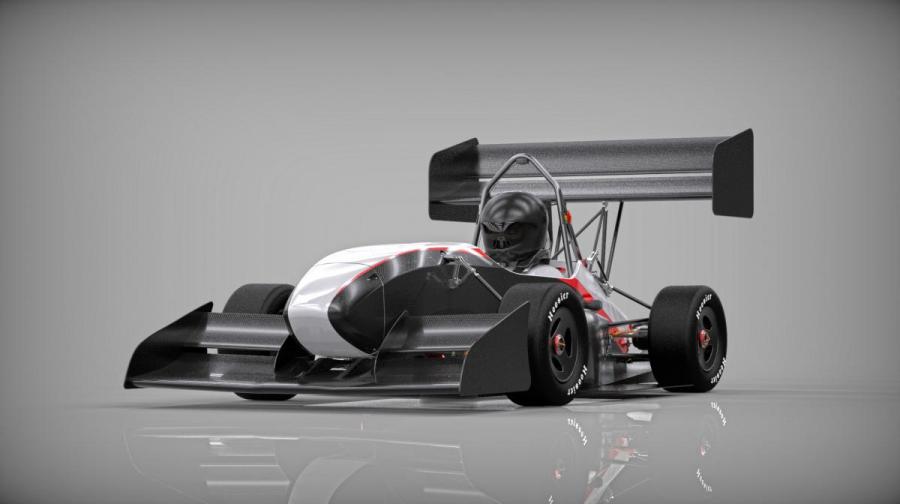 As the name suggests, Formula Student pits university teams from all around the world against each other in specially-constructed open-wheel racers. For the first time in the competition’s history, an electric vehicle has won the event. Why is this important? Just think where those students might be in ten or twenty years time… 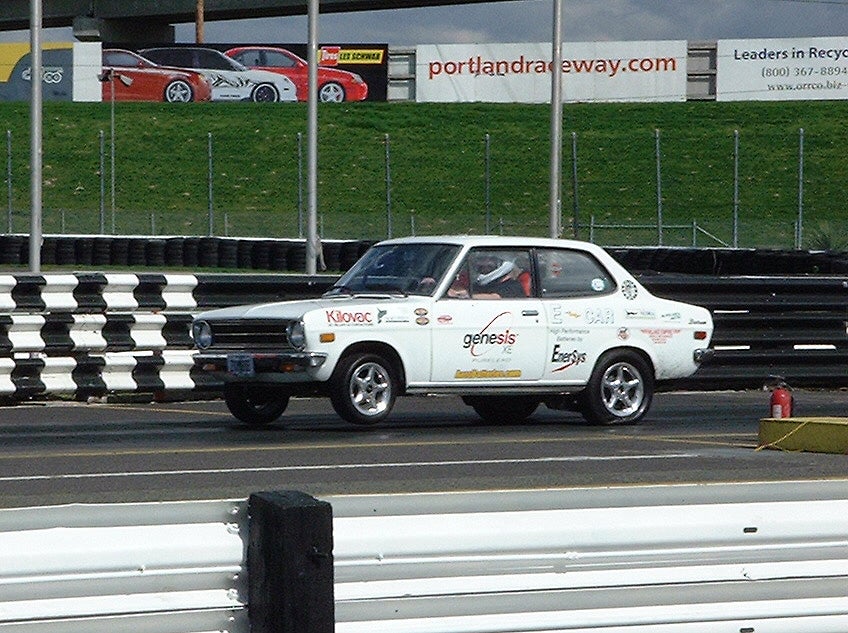 Electric vehicles are pretty much born for drag racing. Instant torque, the potential for massive power, no gears to worry about messing up, and no worries about range! White Zombie, a 1970s Datsun, was one of the first to make a real impact on the scene–and a real car to celebrate as a result. 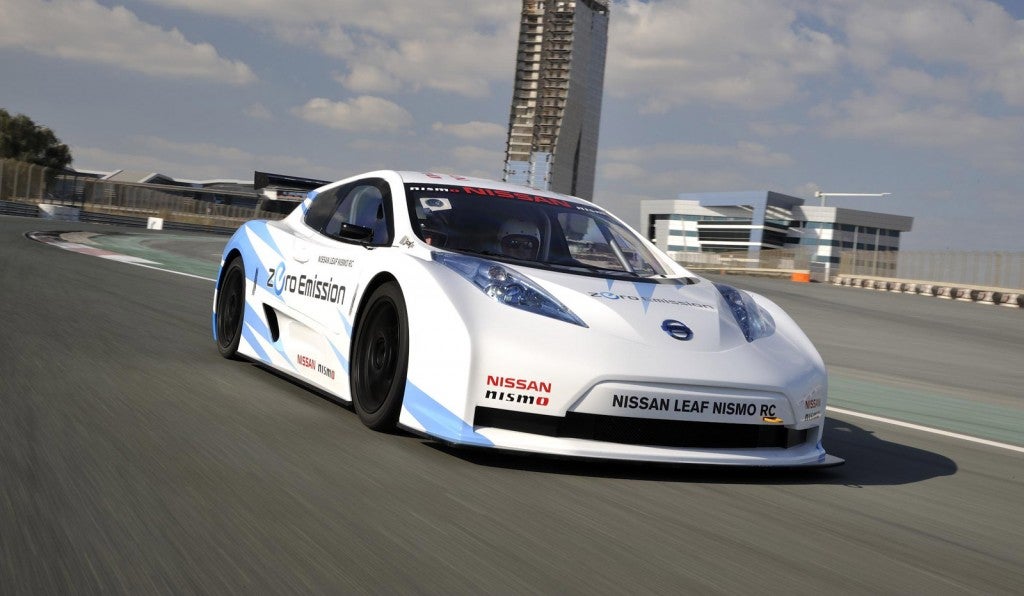 A great shame of the Leaf NISMO RC is that it has nowhere to really race. Instead, it’s a technical exercise by Nissan and its tuning arm NISMO, to show what is possible with electric vehicles. It’s a little more aggressive than your average Leaf road car, but while it doesn’t race, it still as a purpose: Some of its tech is expected to go into the ZEOD RC competing at Le Mans next year. 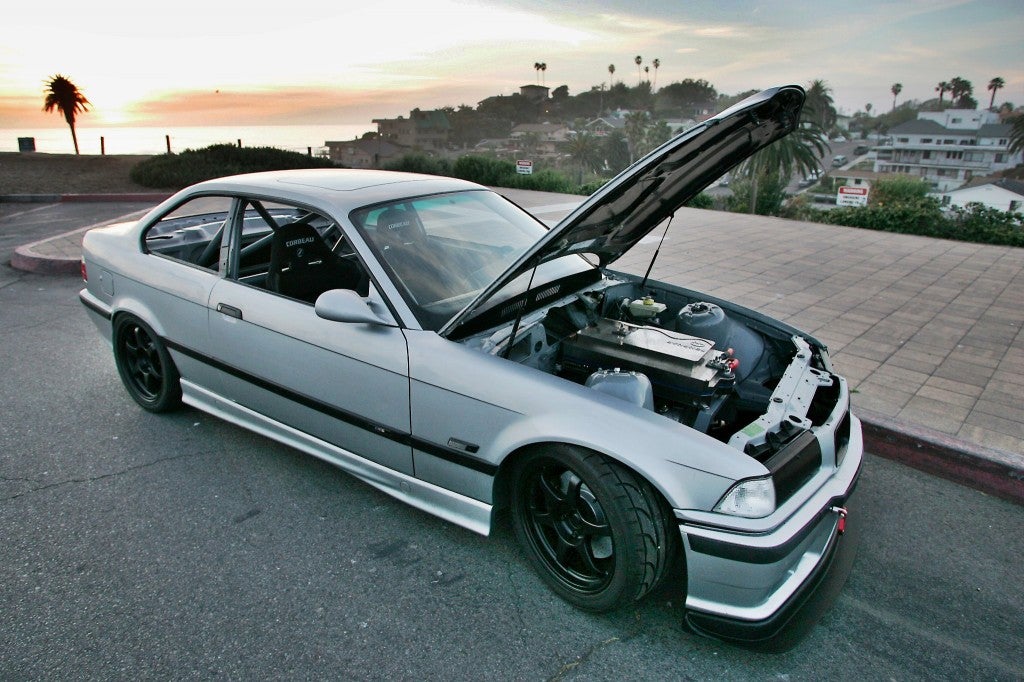 Another Pikes Peak entrant, but one happy to tear up the track at Laguna Seca too. Based on a 1995 BMW M3–normally producing around 240 horsepower from an inline six-cylinder engine–EV West’s electric conversion puts out over 400 horsepower with potential for plenty more…

Sharing its name with other land speed record holders, Don Wales’s Bluebird electric land speed car is about as fast as electric vehicles get. In fact, there are plans to hit 400, 500 mph and more eventually–taking electric vehicles to the same heights as their combustion-powered forebears. The Bluebird name is also expected to grace a racer in next year’s Formula E series, too… 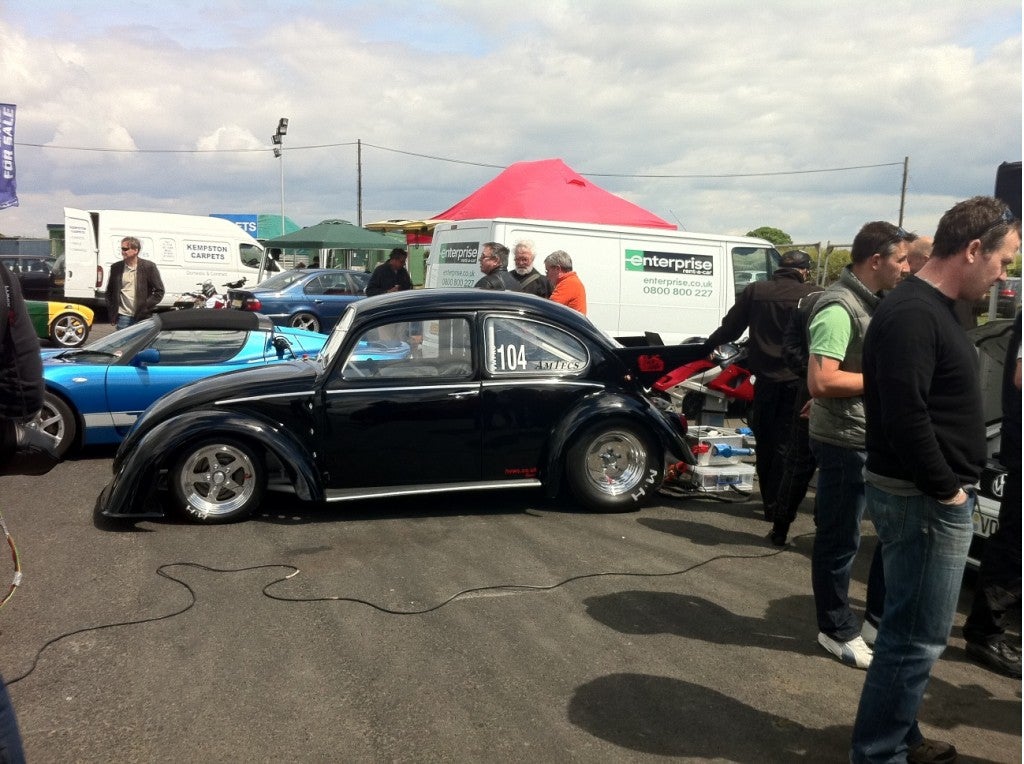 The classic Volkswagen Bug was never designed to be a speed machine, but more people have turned it into one than probably any other vehicle. Black Current and its subsequent versions do this with modified electric motors putting thousands of pounds of torque to the ground. The end result? 0-60 mph in under two seconds! 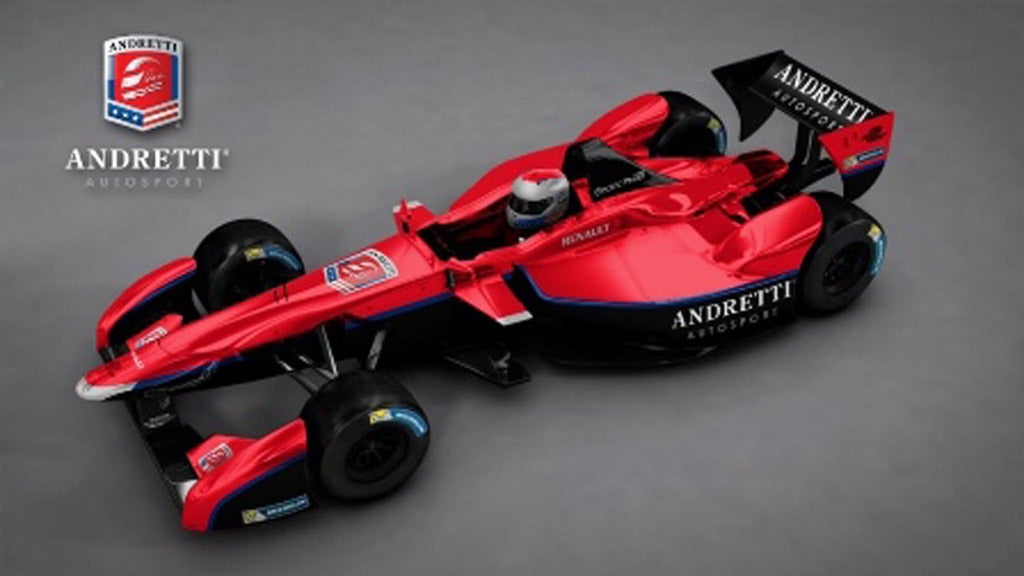 Okay, so it hasn’t turned a wheel yet, but can you see Andretti Autosport’s electric racer being anything less than competitive when the Formula E series begins late 2014? Drawn by the low budget cap for the series, we’ll be waiting to see whether the Andretti name can make as big a splash in electric racing as it has in other open-wheel series. 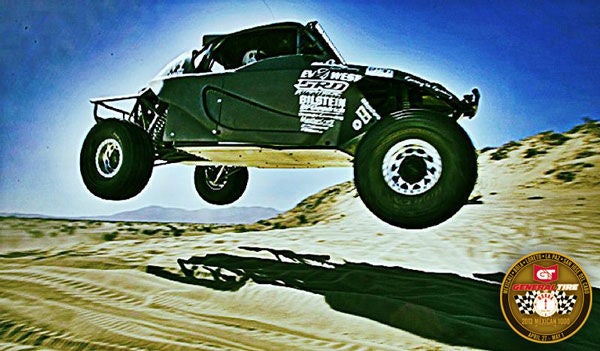 Unlike drag racing, which needs plenty of power in a short space of time, Baja off-road racing is more about endurance–and long distances aren’t something electric cars are usually designed for. Unfortunately, the EV1 retired from this year’s race, but it certainly turned a few heads–the first step to changing the perception of electric racers.
Electric Vehicles
Vehicles
Cars
electric cars