At the 2008 Detroit Auto Show, the start-up Fisker Automotive unveiled its Karma concept , a high-end plug-in hybrid the... 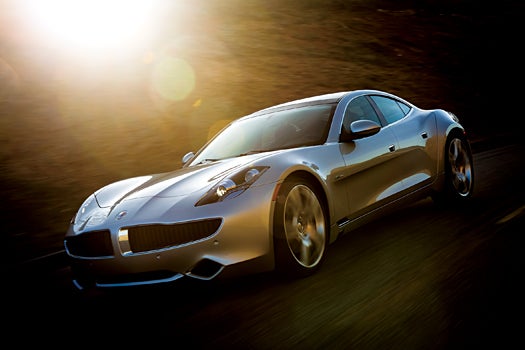 At the 2008 Detroit Auto Show, the start-up Fisker Automotive unveiled its Karma concept , a high-end plug-in hybrid the company would use to challenge Tesla Motors. Cofounder Henrik Fisker said the Karma would go on sale in late 2009. Then the recession, a switch in battery suppliers and other delays kept Fisker from shipping the first trickle of cars until late last year. This spring, we got one of the first test drives.

We drove two Karmas on two coasts, along winding roads in California and in stop-and-go Manhattan traffic. We covered more than 70 miles, in both all-electric Stealth mode and Sport mode, which blends engine and battery power for maximum acceleration.

Even in New York and Los Angeles, where exotic cars are a common sight, the Karma drew stares. In Sport mode, the Karma performs well, running from 0 to 60 in a brisk 6.3 seconds. But Fisker prioritized design over comfort and efficiency. The Karma has only slightly more interior room than a Ford Focus; the low roofline is largely to blame. At 5,300 pounds, the car is also heavy. As a result, the Karma is substantially less efficient than the Chevrolet Volt, which uses a similar plug-in powertrain. In all-electric mode, the Fisker’s 22-kilowatt-hour lithium-ion battery provides 32 miles of range. The Volt wrings an EPA-rated 35 miles from its much smaller 16-kilowatt-hour battery. Like the Volt, the Karma has a gas engine that kicks in once the battery is depleted—but then fuel economy drops to 20 mpg. 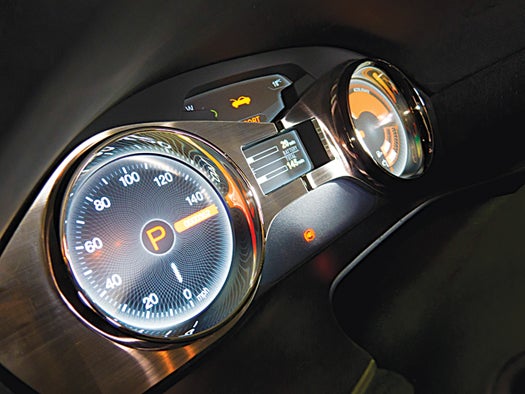