With huge quantities of rare-earth elements valuable to high-tech industries like lithium-ion battery production, will Afghanistan become the "Saudi Arabia" of the future? 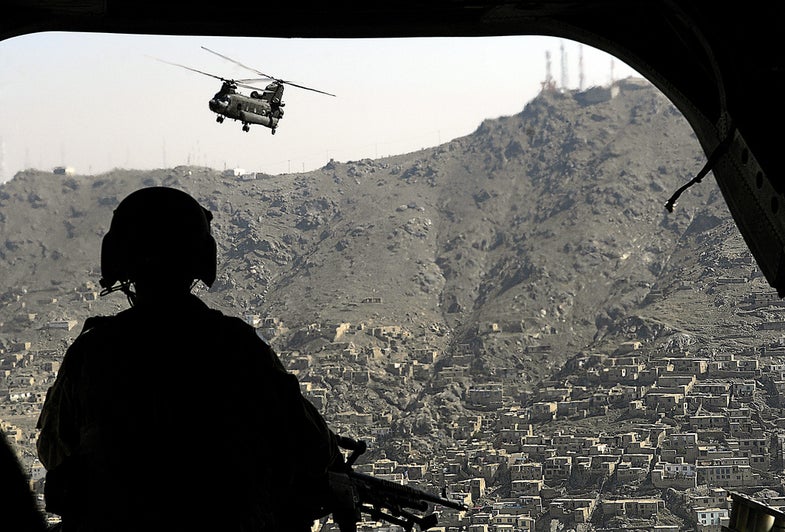 Right now, every mining company CEO in the world has one thing on the mind: Afghanistan.

Yesterday, the Pentagon announced that American geologists have discovered an estimated $1 trillion worth of untapped geological resources there, including vast reserves of rare earth metals and lithium, which are becoming increasingly sought-after for high-tech manufacturing. The cache is large enough to have profound geopolitical implications. But judging by the state of play at another remote, developing-world mineral stash—the lithium deposits of Bolivia’s Salar de Uyuni, which I recently visited—it’s not easy to go from desolation to natural-resource riches. Updated.

It’s truly a bonanza: Those rare earth metals essential for building motors for hybrid and electric cars that China thought they had cornered? Afghanistan may be sitting on $7.4 billion worth. That’s not counting niobium, another rare and essential metal–the war-torn, deeply impoverished country may have $81.2 billion of the stuff. As for lithium, the essential battery-building mineral that has led so many to suggest that lithium-rich Bolivia may be the center of the world in an age of electric cars—there’s a chance that Afghanistan may have even more. (We have yet to find much detail about what kind of lithium resources we’re looking at—the geologists we’ve contacted haven’t yet responded—but according to the New York Times, an internal Pentagon document said that Afghanistan could become the “Saudi Arabia of Lithium,” a nickname that’s also been applied to Bolivia and Chile in the past couple of years.) Then there’s the big money, the meat-and-potatoes. $420.9 billion worth of iron. $274 billion in copper. $50.8 billion in cobalt.

According to the New York Times, the Afghan treasure hunt began in 2004, when American geologists working on the reconstruction effort found geological charts that the Soviets had assembled in the 1980s, when they occupied the country. Soon they began conducting flyover surveys of 70 percent of the country, using “advanced gravity and measuring equipment” to collect preliminary data. In 2007 they conducted even more detailed aerial measurements, and the numbers were “astonishing.” In October 2007 the USGS published a preliminary assessment of the country’s mineral resources that claimed there were “abundant” resources present. Two and a half years later, those preliminary measures became today’s bombshell news. “There is stunning potential here,” Gen. David H. Petraeus , commander of the United States Central Command, told the Times. “There are a lot of ifs, of course, but I think potentially it is hugely significant.”

Afghanistan is a massive, geologically diverse country whose soil has historically been used for little other than growing opium poppies, so it shouldn’t be too surprising that it is home to vast mineral riches. But the numbers in this recent report are still pretty astounding*. One trillion dollars is the kind of number that people use when they pitch blue-sky themes for mining asteroids, or the dark side of the moon, and the new Pentagon report claims that the total estimated reserves could be worth close to that, $908 billion. Afghanistan’s current GDP, by contrast, is $12 billion. This is enough to make Afghanistan one of the world’s most important mining centers.

Yet these resources probably won’t to be easy to get out of the ground. It’s not a perfect analogy, but Bolivia, home to what until yesterday was widely acknowledged as the world’s largest stash of lithium, offers some perspective. The Bolivian government has had tremendous difficulty getting its lithium-mining initiative up and running. The country has decided to go it alone, to develop the massive lithium deposits of the Salar de Uyuni without the involvement of multinational mining companies. But because of the Bolivian government’s lack of experience with lithium mining, and because of the remoteness of the resource and the lack of infrastructure in the area, the project is now seriously behind schedule. Even the scope of the project is miniscule compared to the massive lithium operations of companies like SQM and Chemetall just across the border in Chile. Bolivia, keep in mind, has a centuries-long history as a minerals producer. (Much of that production was done in an incredibly exploitative manner, but that’s another discussion.)

On the other hand, Afghanistan has “no mining culture,” a USGS geologist told the Times. Afghanistan will almost certainly use multinational mining companies, who have the expertise and the money to get it done, to tap their mineral resources, but Afghanistan is also a war zone, and now, a staggeringly valuable prize for the victor. This is a story we’ll be watching closely, and updating as we hear back from geologists who are familiar with the terrain.

* UPDATE: After talking to Jack Medlin, an Afghanistan expert at the USGS, a clarification is in order. There actually is no single “recent report” that triggered the Times story. This report from 2007 is the USGS’s most recent official statement on the matter, and Medlin says that the next phase of the report probably won’t be completed until late 2011. He also points out that in 2007, the USGS released a brief report on Afghanistan’s mineral reserves and held a press conference to generate interest, but that it was nothing more than a “one-day news cycle.” So what occasioned this Times piece, which the blogosphere is absolutely devouring? Medlin doesn’t claim to know. “We’ve know about [Afghani mineral deposits] for a couple of years,” he said. However, “We’re glad” about the huge audience this latest story is receiving, he told me, “because it should focus interest from international investors.” We’ll stay out of the politics and stick to the scientific and technological issues involved, but if you want to read the political theories, Andrew Sullivan has a good compendium here.

Still, there is news in the Times story, most notably the bit about Afghanistan containing vast reserves of lithium. The 2007 report mentions lithium only briefly: “Pegmatite fields, principally in northeastern Afghanistan, contain a variety of commodities, such as lithium, beryllium, quartz, feldspars, mica, gemstones, tantalum, niobium, and cesium. Exploitation of these pegmatite deposits could support local glass, chemical, or artisanal industries.” That’s very different than talking about dry salt lakes where, according to the Times story, preliminary research conducted “just this month” indicated “the potential for lithium deposits as large as those of Bolivia … .” Medlin confirmed to me that the USGS has found lithium in the brines of dry salt lakes—the same sweet, relatively easy-to-extract source material found in Bolivia and Chile—but wouldn’t say more about lithium.

We’re waiting to get video of a press conference that the Department of Defense just held on this matter, but the public affairs office says they’re having technical problems. More soon.