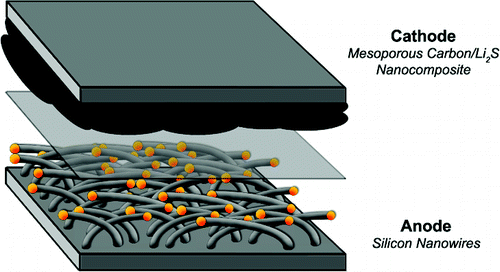 The Stanford group has created a prototype lithium-sulfide cathode that forms the partner electrode to an earlier anode developed in 2007. The non-metallic form of lithium avoids a safety issue where the lithium metal can grow branchlike structures that penetrate the polymer layer which keeps the battery’s two electrodes apart. Such incidents can lead to short circuits and possible explosions.

Each of the lithium-sulfide electrodes can also hold 10 times as much charge as regular lithium-ion (Li-ion) batteries, but a lithium-sulfur battery wouldn’t have 10 times the energy storage capacity, because it has lower conductivity than the lithium metals in conventional batteries.

The current prototype lithium-sulfur battery managed an 80 percent increase in energy density compared to current li-ion batteries on the market, and could eventually achieve an energy density four times greater.

But a huge problem remains in making the lithium-sulfur battery’s lifetime comparable to that of li-ion batteries. The prototypes lose one-third of their energy storage capacity after just five discharge and recharge cycles, and stop working completely after 40 to 50 cycles. That’s because of polysulfide chemicals that dissolve into the battery’s liquid electrolyte and interfere with charging and discharging.

Technology Review noted two possible solutions, including electrolyte additives that protect the electrodes or membranes that keep the polysulfides contained. But for now, consumers can look forward to nanotube-coated paper batteries from the same Stanford group.